This comes as the party’s response to a video where Pranav, the MLA from Khanpur, was seen brandishing four guns while dancing to a song. 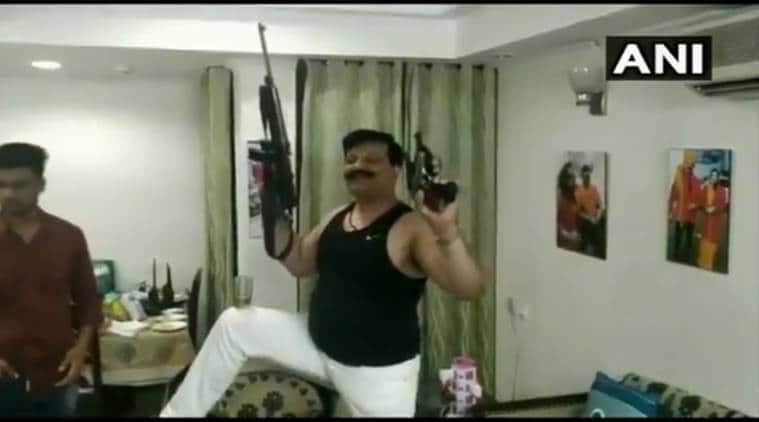 BJP expelled Uttarakhand legislator Kunwar Pranav Singh ‘Champion’ from the party’s primary membership for six years on charges of indiscipline on Wednesday. This comes as the party’s response to a video where Pranav, the MLA from Khanpur, was seen brandishing four guns while dancing to a song.

Pranav was suspended from the party for indiscipline last month. Earlier this month, BJP had extended his suspension indefinitely and issued a showcause notice to him after the video had surfaced.

BJP’s Uttarakhand state media in-charge Devendra Bhasin said that Pranav had replied to the showcause notice but the BJP was not satisfied with his response. “Party has taken his act as indiscipline and his expulsion has come into effect from Wednesday,” he said.

BJP had earlier condemned the language that the MLA had allegedly used in the video.

Pranav had claimed that the video was shot several years ago when he was in the Congress. He had alleged that his political opponents had circulated the video as part of a conspiracy to malign his image.

Pranav was suspended from the BJP in June over a dispute with another party MLA and a complaint of alleged misbehaviour with a journalist.

A former weightlifter, Pranav had won his first Assembly election as an Independent in 2002. In 2007 and 2012, he won as a Congress nominee. In 2016, Pranav was among nine lawmakers who revolted against then chief minister Harish Rawat and switched from the Congress to BJP.

Why govt MUST use private healthcare to fight COVID-19

How IITs are gearing up to fight COVID-19 menace
We and our partners use cookies on this site to improve our service, perform analytics, personalize advertising, measure advertising performance, and remember website preferences.Ok