However, the report praised India’s “independent judiciary” for often providing essential protections to religious minority communities through its jurisprudence. 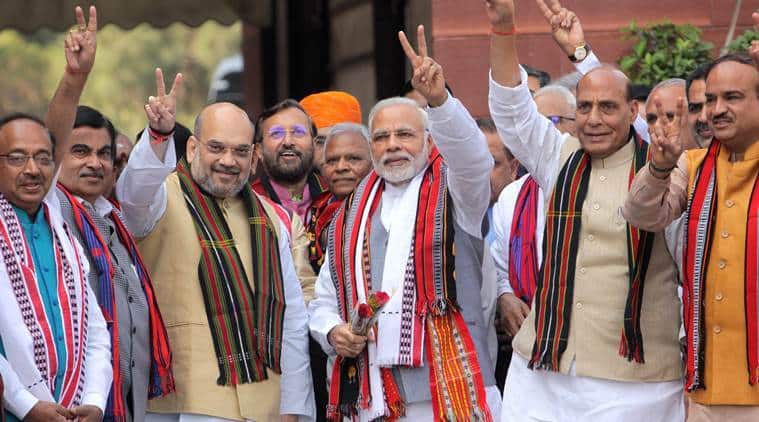 A day after a US State Department report alleged that some senior BJP leaders made inflammatory speeches against the minority communities, the saffron party Saturday said the findings showed a clear bias against the Narendra Modi-led government. The BJP said its leaders had strongly deplored violence against minorities and weaker sections of society.

The US State Department, in its annual 2018 International Religious Freedom Report released on Friday, said mob attacks by violent extremist Hindu groups against the minority communities, particularly Muslims, continued in India in 2018

“Mob attacks by violent extremist Hindu groups against minority communities, especially Muslims, continued throughout the year amid rumours that victims had traded or killed cows for beef,” the US report said.

The report said though India’s Constitution guarantees the right to religious freedom, “this history of religious freedom has come under attack in recent years with the growth of exclusionary extremist narratives”.

“In 2018, approximately one-third of state governments increasingly enforced anti-conversion and/or anti-cow slaughter laws discriminatorily against non-Hindus and Dalits alike. Further, cow protection mobs engaged in violence predominantly targeting Muslims and Dalits, some of whom have been legally involved in the dairy, leather, or beef trades for generations. Mob violence was also carried out against Christians under accusations of forced or induced religious conversion,” the report said. However, the report praised India’s “independent judiciary” for often providing essential protections to religious minority communities through its jurisprudence.

“In 2018, the Supreme Court of India highlighted the deteriorating conditions for religious freedom in some states, concluding that certain state governments were not doing enough to stop violence against religious minorities and, in some extreme instances, impunity was being granted to criminals engaged in communal violence,” it mentioned.

The report also states that the US government should press India to allow a USCIRF delegation to visit the country and meet with stakeholders to evaluate conditions for freedom of religion.

Reacting to the US report, BJP media head and Rajya Sabha MP Anil Baluni said India had deep-rooted democratic institutions, including fiercely independent and pro-active judiciary, which is capable of handling such disputes and punish the guilty.

“The basic presumption in this report that there is some grand design behind anti-minority violence is simply false. On the contrary, in most of such cases, these instances are carried out as a result of local disputes and by (people with) criminal mindsets,” PTI quoted Baluni as saying.

He further said that schemes launched and effectively implemented by the Modi government had benefited all the castes, religions and regions equally.

“BJP is indeed proud of its record in uplifting living standards of all poor, underprivileged sections of the society, irrespective of their faith and gender,” he said.

Not in God’s hands: Why Tabligh Jamaat’s actions are indefensible | Opinion

New virology laboratory at Govt. Wenlock Hospital gets ICMR nod
We and our partners use cookies on this site to improve our service, perform analytics, personalize advertising, measure advertising performance, and remember website preferences.Ok