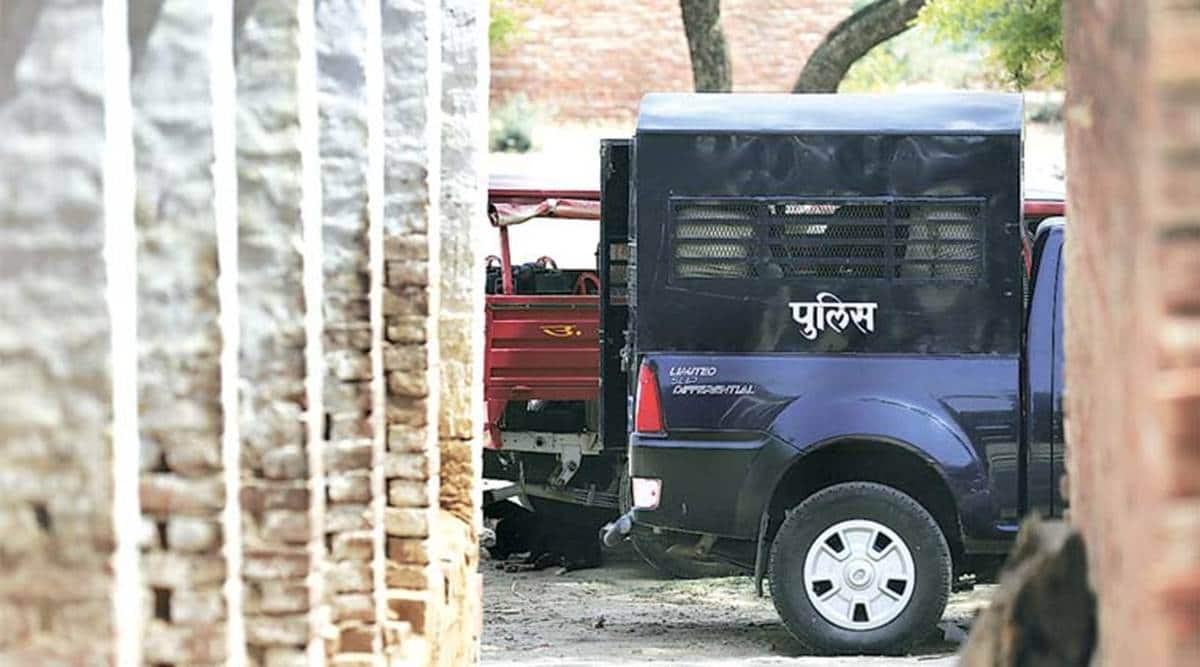 A 35-year-old woman, who had set herself ablaze on Vidhan Sabha Marg in Lucknow’s Hazratganj area on Tuesday, died in a hospital on Wednesday, police said.

Police, meanwhile, arrested the state president of the UP Dalit Congress, Alok Prasad Pasi, claiming they suspect that he incited the woman to take the extreme step. Lucknow DCP (Central) Somen Barma said an FIR for abetment to suicide was registered against Alok Prasad — son of former Rajasthan Governor Sukhdev Prasad — at Hazratganj police station.

At Civil Hospital in Lucknow on Tuesday, the woman had identified herself as a resident of Maharajganj and told to the police that she took the extreme step due to harassment by her in-laws. Police, however, claimed that her dying declaration could not be recorded as she had been unconscious.

Civil Hospital director Dr Madhu Saxena said the woman, who had suffered nearly 90 per cent burns, succumbed on Wednesday.
DCP Barma said two police teams from Maharajganj had reached Lucknow and a probe was on. Asked if the woman’s in-laws would also be named in the FIR later, he said, “Their [alleged] role will be part of the investigation”.

UP Congress chief Ajay Kumar Lallu alleged that the BJP government in the state was targeting the Opposition and that Pasi was “held without evidence”. “The Congress party will keep fighting. Regardless of how much oppression we face or how many false cases are filed against our workers, we will not bow down,” said Lallu. He said Alok Prasad was made chairman of the UP Dalit Congress around six months ago and had been the party’s Maharajganj district chief three times in the past.

Police said that on Tuesday, the woman reached Hazratganj in an e-rickshaw and set herself ablaze using kerosene that she had brought. A police constable present nearby rushed to her rescue and doused the flames with the help of a sub-inspector, but she had suffered serious burns by then. She was taken to Civil Hospital, police said.

In hospital, the woman claimed that in 2014, she had married one Akhilesh Tiwari from Maharajganj and after they separated, she married a man she identified only as Asif after converting to Islam, police said. “After two-three years, Asif left for the UAE to work there and her in-laws allegedly refused to let her live with them,” said a police officer.

Maharajganj Superintendent of Police Pradeep Gupta said, “We suspect that Alok Prasad is involved in the issue. For the past several days, he was frequently seen with the woman and he may have had a role in inciting her to take the extreme step. We will check his call detail records.”

The UP Congress tweeted on Wednesday, “Another step in the direction of oppression of Dalits. Without any warrant UP police arrested UP Dalit Congress president Alok Prasad Pasi. Every day there is torture against Dalits and women, and Alok Prasad was raising his voice against that.”

The Weeknd Shares ‘In Your Eyes’ Remix Featuring Kenny G

Bihar Assembly election | Nitish puts his faith in women voters for a win
We and our partners use cookies on this site to improve our service, perform analytics, personalize advertising, measure advertising performance, and remember website preferences.Ok