Deprived of all facilities like buying ration and denied work, the families finally approached the district administration, which resolved the issue this week. 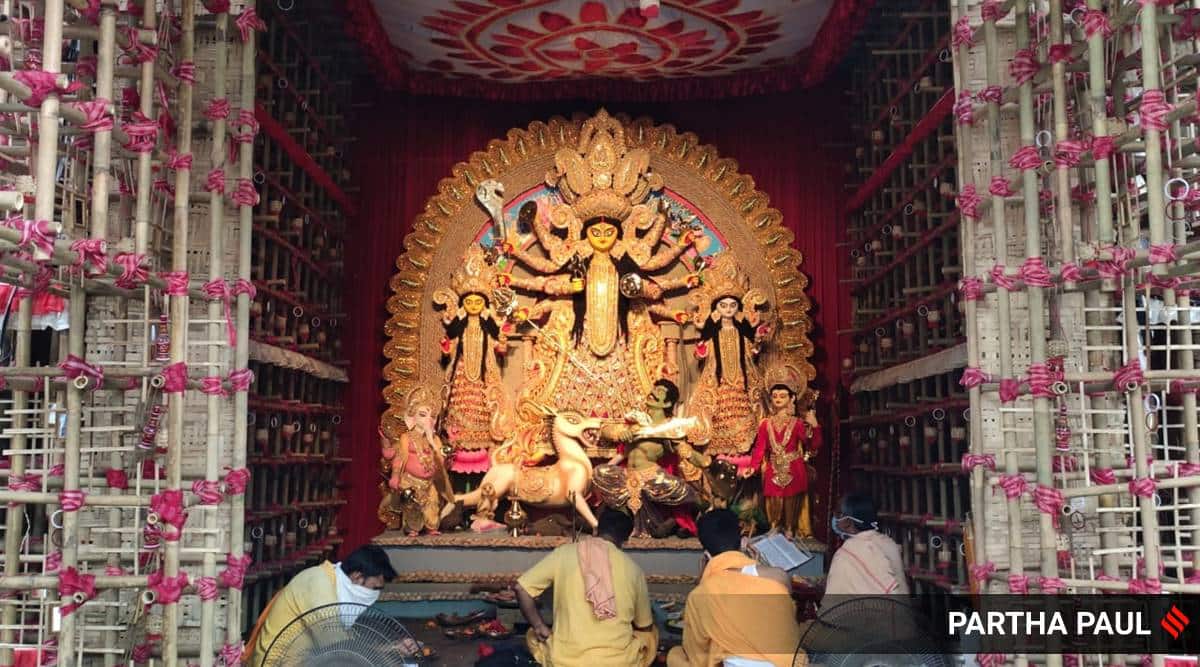 FOURTEEN FAMILIES of the Gond tribe living in a village in Madhya Pradesh’s Balaghat district had to face social boycott for more than two weeks as they could not afford to contribute Rs 200 each towards celebration of Durga Puja in the village.

These families, who were badly hit by the Covid-19 lockdown, had volunteered to pay Rs 100 each instead but it was not considered.

Deprived of all facilities like buying ration and denied work, the families finally approached the district administration, which resolved the issue this week.

On October 14, local puja organisers Sarwajanik Durga Puja Sanstha held a meeting in Lamta village of Balaghat where it was decided that all 170 families in the village will contribute Rs 200 each towards the celebration. But as many as 40 Gond families, many of who worked as migrant labourers and walked for days to reach home after the lockdown, expressed inability to pay the money.

Under social pressure, 26 of the families finally relented. The remaining 14 families offered to pay Rs 100 but it was refused.

After the Durga Puja, another meeting was held on November 3, when representatives of the village unanimously issued a diktat for ‘paani-tanga’ – no villager was allowed to speak to or visit the 14 families. They were not allowed to purchase ration and even the village doctor – a private practitioner – was warned against treating them.

According to Dhan Singh Parte, a member of one of the affected families, none of the workers at the Lakdi depot, where his father worked as a labourer, were allowed to work with him. “No one would come close to my father at the depot. The wooden logs are heavy and people usually work in groups and carry them but my father was asked to work alone in a corner, if at all,” said Parte.

For 39-year-old Lakshmi Wadkhade, who works as a labourer after her husband fell ill to fend for her family of seven, paying Rs 200 was next to impossible. “I was in Allahabad looking for work when my ill husband and daughter back home were boycotted. I had walked six days to return from Nashik after the lockdown. We had no money for days and starved until we were given 5 kg ration,” she said.

She said they offered Rs 100, which was refused. “Even last year, my family was boycotted and I had to return to work in the city and send Rs 500 to my family to pay to the Sanghatan to get the boycott lifted.”

As the boycott continued from November 3 to November 17, the families headed by Radhelal Madsole, zilla president of Gond Samajh Mahasabha, submitted a memorandum to the police inspector at Lamta police station. As the villagers remained undeterred after two rounds of meetings, the families approached the Balaghat Collector along with the Superintendent of Police and the Sub-Divisional Magistrate.

Collector Deepak Arya told The Indian Express, “These families approached us and we held a meeting with the villagers. They have been warned that if this continues, action will be taken against them. The matter has been resolved and situation has normalised.”