If India does not join the trade bloc in the future, it must negotiate bilateral agreements to offset the losses. If it does, it must strengthen its economy. 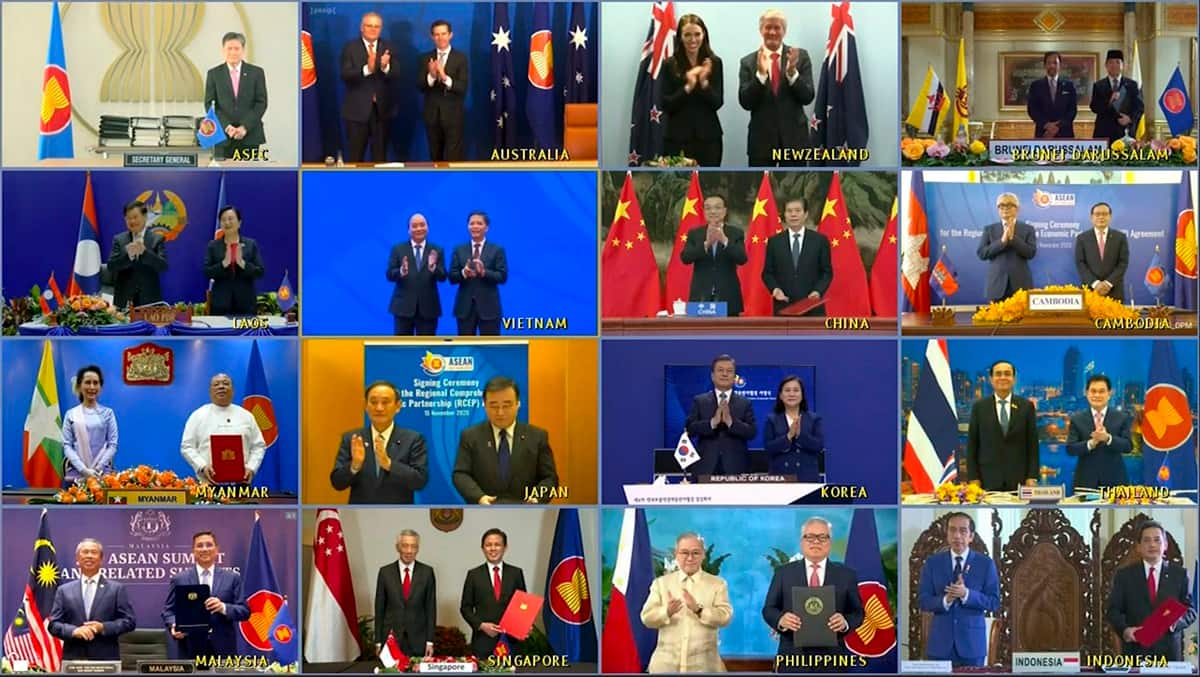 The Regional Comprehensive Economic Partnership (RCEP) of Asia and the Pacific signed the mega trade deal among the 10 Southeast Asian countries and five FTA partners (Australia, China, Japan, New Zealand and South Korea) on November 15. While the deal was moving towards its final stages, India chose to pull out at the eleventh hour, seven years after joining the negotiation. The decision to come out of the RCEP was predominantly “the unsatisfactory address of India’s outstanding issues and concerns”. During negotiations, though several issues were ironed out towards preparing the mutual ground for trade and market access, the concern around protecting the interests of India’s domestic producers couldn’t be sidelined with the growing demand from several quarters to keep them in the exclusion list of RCEP (viz. the dairy, textile sectors, pharmaceuticals, steel & chemical industries, etc).

Without India, the RCEP trade bloc still stands as the world’s largest free-trade bloc with a combined GDP of over 26 trillion and nearly one-third of the world’s population. For India, the issue of tariff elimination remained critical all through the negotiation, as the post-RCEP scenario would widen the existing trade deficit and severely harm some vulnerable sectors. Though the post-RCEP scenario might offer India an opportunity for greater market access, imports from partner countries would increase at a much higher rate than export in a reduced tariff situation. Even with an optimistic assumption of low tariff cuts in sensitive sectors such as agriculture, dairy products, and other MSMEs sectors, it could still increase India’s imports more than exports.

The door to the RCEP is open for India in the future. The question is: Should it do so? If India chooses not to join, it needs to examine and explore the possibilities of stronger bilateral trade deals with key countries in the Asian region to offset any trade diversion (from India) that may occur from RCEP members post-implementation. For example, India has launched negotiations with Australia and New Zealand but nothing is yet signed. If India decides not to join the RCEP, a Comprehensive Economic Cooperation Agreement (CECA) with Australia is likely. With New Zealand, though, such an agreement may well take longer.

Similarly, India’s trade deficit increased with ASEAN, Japan and South Korea, after it signed FTAs with these countries. The government has started reviewing and examining this situation and a meaningful trade relationship after the review could offset some losses that may have occurred by not joining the RCEP. India also has a comprehensive economic cooperation agreement with Malaysia and has launched one with Indonesia. These bilateral trade deals need to be strengthened by proactively resolving all issues related to tariffs, sanitary and phytosanitary (SPS) measures and technical barriers to trade (TBT). Away from RCEP, India should make positive progress towards trade agreements with the US and Europe and expedite talks with the Bay of Bengal Initiative for Multi-Sectoral Technical and Economic Cooperation (BIMSTEC) and the India-Southern African Customs Union Preferential Trade Agreement. Since the US has opted out of the TPP and India from RCEP, a strategic move could create an opportunity for both countries for a meaningful engagement through a possible FTA to check China in the region.

On the other hand, if India chooses to join RCEP in the future, it needs to strengthen its base to gain the most out of the negotiation. In the recent past, India has implemented several macroeconomic reforms, strengthened its position in the ease of doing business index, global competitiveness index and increased its reforms for a self-reliant India. If these reforms effectively strengthen India’s base and competitiveness in the future, India’s joining the RCEP could add to its growth story.

The writer is an economics professor at Birla Global University, Bhubaneswar and former trade consultant to UNCTAD and Commonwealth Secretariat

UP’s ‘love jihad’ ordinance has chilling effect on freedom of conscience
We and our partners use cookies on this site to improve our service, perform analytics, personalize advertising, measure advertising performance, and remember website preferences.Ok