Perhaps the last thing you want to see while in the ocean is a great white shark. For divers in Hawaii, it may have been an incredible discovery.

A team of divers has had a close encounter with one of the biggest great white sharks on record — and lived to tell the tale. 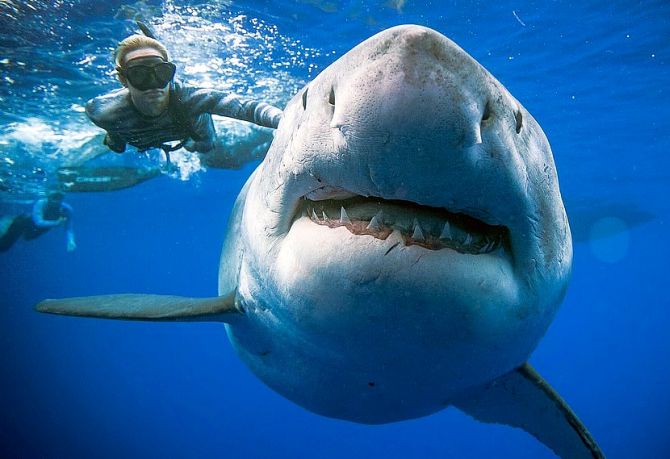 The monster shark, known as Deep Blue, believed to be around 50 years old was spotted off the coast of Oahu, a Hawaiian island, as it devoured a dead sperm whale.

Deep Blue weighs 2.5 tonnes and measures 20-feet-long. Deep Blue was last spotted in Mexico in 2013 where it was fitted with a tracker which is how divers were able to identify it this time.

Conservation photographer Juan Oliphant was one of the divers who took the plunge along with marine biologist Ocean Ramsey.

Posting on Instagram shortly after the swim, Oliphant wrote: “Face to face with the world’s largest great white ever recorded ‘Deep Blue’ with @oceanramsey. 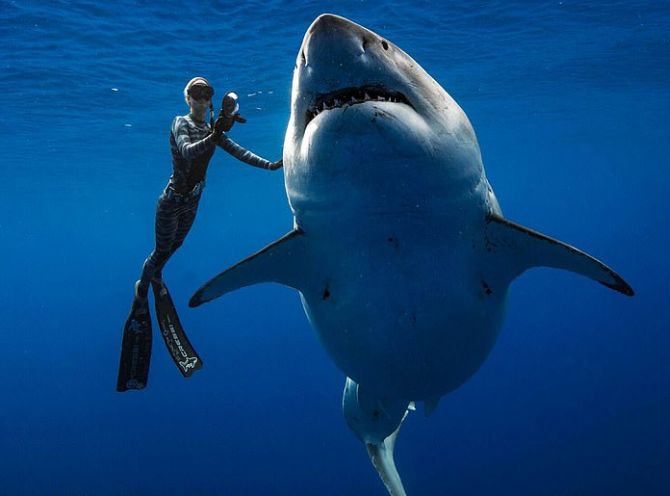 “I’m still in shock that we spent almost the whole day with this amazing animal in my backyard.

“I hope my conservation images like this help people to question their perceptions and realise the beauty, and importance of sharks and I hope that they inspire the kind of compassion and connection we need to have with nature and sharks, to help protect them and coexist alongside them.”

Kimberly Jeffries, another diver who swam with Deep Blue, wrote: “If you asked me a few days ago what the most amazing thing I’ve ever seen in Hawaiian waters the answer probably would be pretty different. 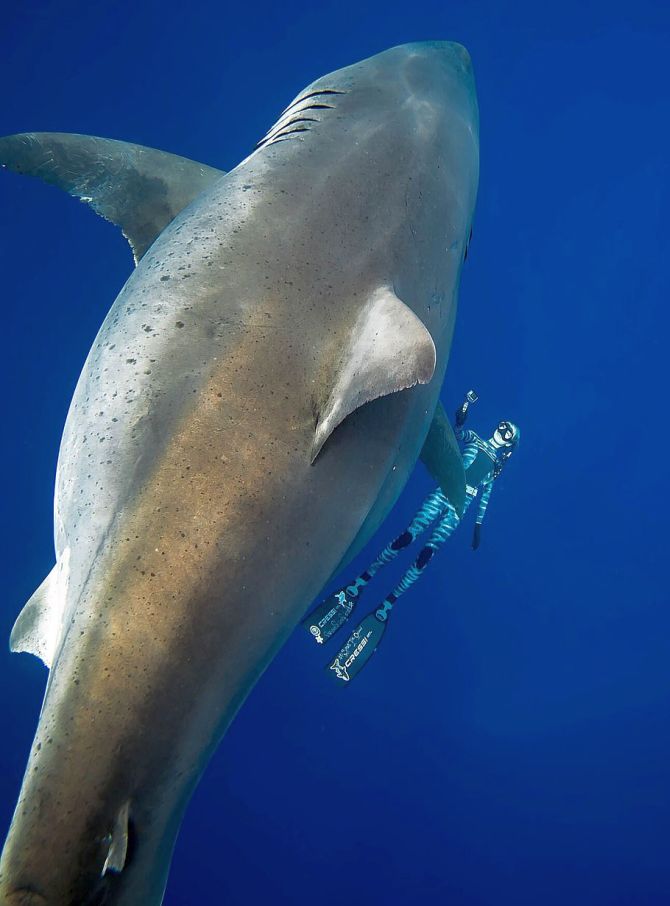 “If you asked me yesterday the answer would be freediving with Deep Blue, a great white, the largest ever documented, who was last seen in 2013 in Mexico.

“If you asked me right now, it would be freediving with, interacting with and photographing not one but multiple, different great whites AND Deep Blue.” Great whites are rarely seen around Hawaii as they prefer cooler seas.

The shark was nicknamed Deep Blue by expert Mauricio Hoyos Padilla, who dived with the creature as part of the Discovery Channel’s Shark Week in 2013.

‘Had no idea it would go viral’: Here’s the story behind woman’s pregnancy photoshoot with bees

Kevin Clifton: Stacey Dooley’s boyfriend candidly admits ‘everything is up in the air’
Cities News

Global economy to contract by 5.2 per cent in 2020: Report
We and our partners use cookies on this site to improve our service, perform analytics, personalize advertising, measure advertising performance, and remember website preferences.Ok