Mumbai Metropolitan Region recorded housing sales of nearly 9,200 units in Q3 of calendar 2020, against 3,620 units in the preceding quarter, registering a 1.5 times growth which is the highest growth seen any city except Chennai. 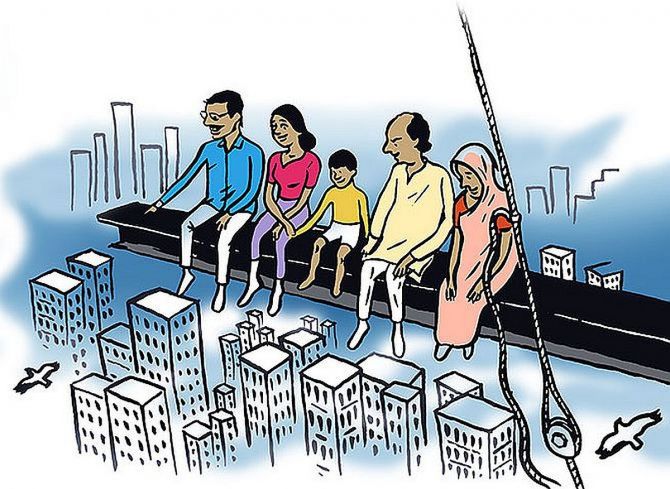 Mumbai’s residential real estate market seems to be outperforming other property zones in the country.

Freebies doled out by developers, recent cut in stamp duty and pent-up demand have done the trick, said consultants and analysts said.

Mumbai Metropolitan Region (MMR) recorded housing sales of nearly 9,200 units in Q3 of calendar 2020, against 3,620 units in the preceding quarter, registering a 1.5 times growth which is the highest growth seen any city except Chennai.

Chennai albeit had a low base in Q2, 2020, a recent report by Anarock Property Consultants said.

“This was largely because we saw end-users come forward and make the most of the prevailing offers being doled out by various developers.

“Most of these offers consist of direct financial benefits to buyers,” said Anuj Puri, chairman of Anarock Property Consultants.

Additionally, the state government’s limited-period incentive of reduced stamp duty – two per cent up to December 2020 and three per cent between January and March 2021 – is also pushing buyers to take the plunge now.

In all, the overall reduction in property cost post these offers, and schemes ranges anywhere between 7-15 per cent. Buyers are thus trying to seal the best deal, Puri said.

Another striking fact is that MMR has seen ample new supply in the affordable and mid segments (priced up to Rs 1.5 crore) over the last few years.

With buyer demand largely skewed towards both these segments all across the region, MMR thus has umpteen options to choose from, Anarock’s research said.

Property developers are equally bullish about revival in sales.

“We have been seeing good sales. In Q1, we delivered Rs 1,500 crore sales and in Q2 we have seen positive numbers as well,” said Mohit Malhotra, managing director at Godrej Properties.

Vikas Oberoi, chairman and managing director of Oberoi Realty said his company is already seeing an upward trend in buying.

“We declared the results which clearly show that this quarter has done better than the same quarter last year.

“So there is every reason to believe that the next quarter will also be better,” he said.

A recent report by Emkay Global Financial Services said that Mumbai was the only market where demand has been stable until FY20 and new launches are declining, while most other metros are witnessing a reduction in both supply and demand.

The overall trend in the real estate has been better in Mumbai aided by limited land bank, status as commercial capital of India, new launches in affordable ticket size, infrastructure development across suburbs and spreading out of the commercial clusters, Kedia said.

Emkay estimates inventory overhang for Mumbai to improve to 32 months by FY23 (from 44 now), led by stable demand even as new launches may be put on hold.

The Mumbai market is also expected to do better than others in the festive season which is in Q4 of the calendar year.

The ongoing October-December period may see a 33-36 per cent rise in sales with buyers looking to make the most of limited period offer of reduced stamp duty charges, developer discounts and freebies and prevailing low home loan interest rates, said a recent report by Anarock.

Barring Bengaluru and Pune, most of the markets are expected to see 20-30 per cent growth in home sales in Q4CY20.