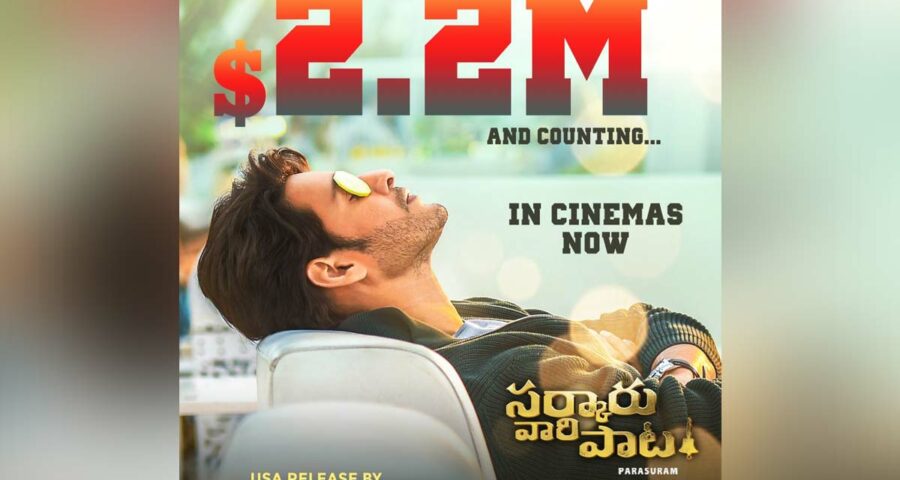 Sarkaru Vaari Paata box office Collections:  Telugu superstar Mahesh Babu and Keerthy Suresh starrer  Sarkaru Vaari Paata which was release on 12th May, is doing fantastic collections at the box office.  The commercial entertainer, directed by Parasuram Petla, received mixed reviews from critics and audience alike on its release days but it is winning the hearts of the movie lovers. Sarkaru Vaari Paata talks about the faulty banking system and loan scams. Now according to the latest update, Sarkaru Vaari Paata has crossed massive $2.2 Million mark at the USA box office and the counting is on.

The makers of Sarkaru Vaari Paata confirmed the same by sharing a new poster on Twitter handle.

Mahesh Babu was last seen in Sarileru Neekevvaru,  helmed by Anil Ravipudi, which was released in 2020. Two years later, he had his first release in the form of Sarkaru Vaari Paata. The film also feantures Samuthirakani, Nadiya, Sowmya Menon and Vennela Kishore in key roles.  It  is jointly produced by Mythri Movie Makers, 14 Reels Plus Entertainment and G Mahesh Babu Entertainment whereas Thaman is the music composer.

On the otherside, Mahesh Babu will be next seen playing the lead role in SSMB29 under the direction of Trivikram Srinivas.