On Saturday, AQI was ‘poor’ during the day, but early Sunday, six of Punjab’s major cities fell under the ‘very poor’ category of AQI, with Amritsar topping the chart, followed by Ludhiana and Patiala. 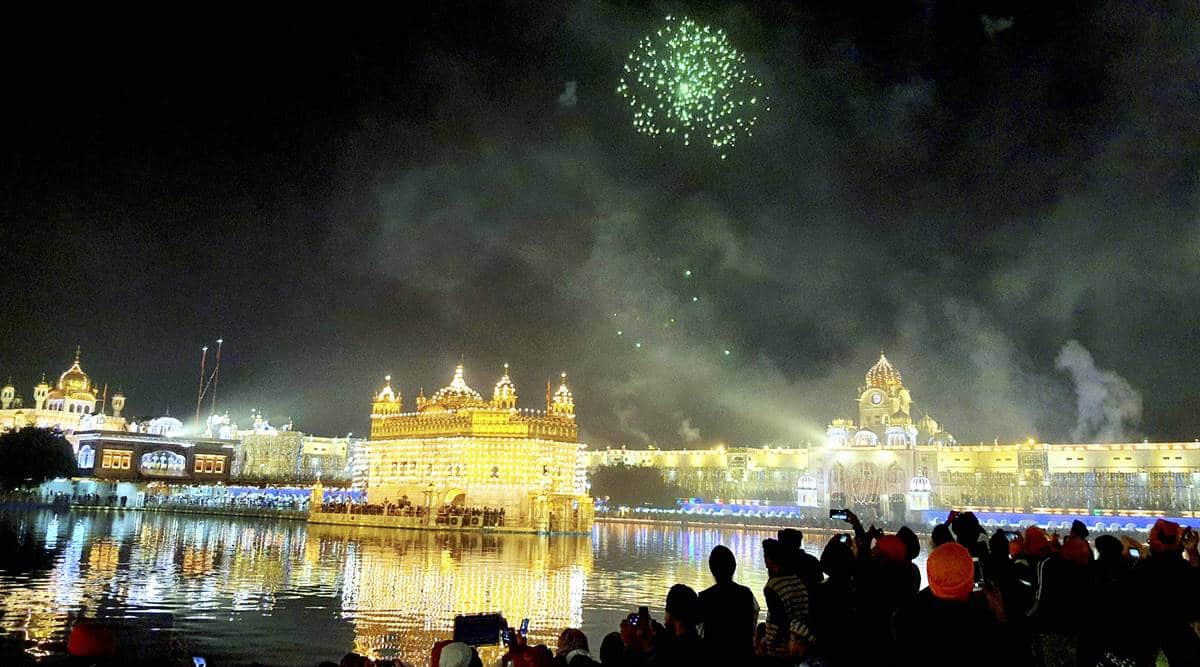 AFTER A gap of two years, Punjab recorded a ‘very poor’ Air Quality Index (AQI) on Diwali night (November 14) as compared to the same period in 2019 and 2018, when its AQI was ‘poor’. On Saturday, AQI was ‘poor’ during the day, but early Sunday, six of Punjab’s major cities fell under the ‘very poor’ category of AQI, with Amritsar topping the chart, followed by Ludhiana and Patiala. Much fewer stubble burning cases were recorded by satellite this Diwali, but the major reason for that was cloudy weather in various parts of the state.

This year, according to real time data provided by the Punjab Pollution Control Board (PPCB) of the Continuous Ambient Air Quality Monitoring Stations established at Amritsar, Jalandhar, Ludhiana, Khanna, Mandi Gobindgarh, Patiala, Bathinda and Ropar, the average AQI of Punjab was 328 (very poor) against 293 (poor) last year. It was 234 (poor) in 2018, and 328 (very poor) in 2017.

As per data, the minimum PM10 in the previous year was 90 micrograms per cubic meter (ug/m3), and PM2.5 was 43 ug/m3, whereas this year, these are 118 ug/m3 and 90 ug/m3, respectively which is 31 per cent and 109 per cent increase respectively, more as compared to last year. Both PM10 and PM2.5 were under the ‘moderately polluted category’ as per quality zones categories.

“The high value of AQI could be due to difference in the atmospheric conditions (low temperature i.e decrease of 19 per cent (23°C in 2019 to 19°C in 2020) prevailing during the season, resulting in reduced dispersion of the pollutants,” said Krunesh Garg, member secretary, PPCB.

As per Central Pollution Control Board (CPCB) data, the AQI of Punjab’s cities on Diwali day at 4 pm was ‘poor’ in most Punjab’s cities barring Amritsar and Bathinda where it was recorded ‘very poor’ with 313 and 322 AQI levels, respectively.

But as per the real time data collected by PPCB from 7 pm on Saturday to 6 am November 15, the AQI of all major cities entered poor quality including Amritsar with 386, Ludhiana 376, Patiala 334, and Jalandhar 328. Only Khanna and Mandi Gobindgarh were under a ‘poor’ zone with 281 and 262 AQI, respectively.

Though bursting crackers was allowed between 8 pm to 10 pm on Diwali night, crackers were burst till late midnight and even during the day on Sunday.

There is a considerable improvement in Chandigarh’s AQI, which was 145 on Sunday morning, as compared to 267 on Diwali night last year.

PPCB sources said that after celebrating a sort of green Diwali for two years, Punjab again resorted to bursting crackers with impunity this time.

Sources said just 352 stubble burning cases were recorded this time on Diwali day against 2,231 fire incidents reported last year. On Sunday, only 96 stubble burning cases could be recorded. “There were dense clouds on Diwali in various parts of the state and on Sunday, it was all cloudy till late afternoon, followed by rain, so setting fields on fire was not possible in the rain,” said PPCB sources.

In Punjab, 73, 979 stubble burning incidents have been recorded till date.