Analysts expect holiday fares to inch up further closer to the travel dates, but airlines may still not be able to fully recover higher costs as fuel costs remain elevated. 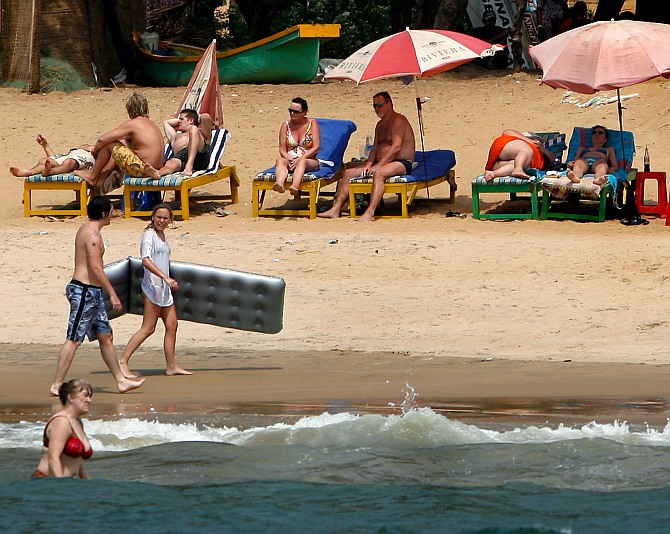 Domestic airfares have jumped by 7.5 per cent year-on-year for Diwali holidays, compared to last year, as airlines cash in on holiday demand.

The highest increase of over 30 per cent is seen on the Delhi-Goa and the Mumbai-Goa routes for travel during the Diwali week in November, according to data compiled by booking portal Cleartrip.

Other routes with a significant fare increase are Pune-Delhi and Delhi-Mumbai showing 19 per cent and 18 per cent rise, respectively. The average growth in fares across the domestic network is 7.5 per cent.

Analysts expect the holiday fares to inch up further closer to the travel dates, but airlines may still not be able to fully recover the higher costs as fuel costs remain elevated.

Bookings are steady and expected to pick up closer to Diwali.

“The final demand is not predictable yet but despite the higher pricing, demand being at same level (to last year) two months in advance is a good sign,” said Balu Ramachandran, head of air and distribution at Cleartrip.

“We have seen 15-20 per cent growth in bookings for domestic and international destinations,” said Daniel D’ Souza, head of sales (India) and e-commerce at SOTC Tours.

Domestic air traffic has grown 21 per cent in the first seven months of 2018 over the same period last year.

Despite a 24 per cent increase in jet fuel price domestic fares remain depressed, with some experts blaming rapid capacity expansion as a reason. “Yields will be impacted in high season too unless some pricing discipline comes in,” remarked an executive of a private airline.

SpiceJet chairman Ajay Singh last month hinted at a fare hike for upcoming festival season. “Yields will have to rise 10 to 15 per cent to offset higher costs,” Singh had said.

“While the capacity deployed is more than last year, it is not country-wide as there are slot constraints at Mumbai and the capacity between Mumbai and other metros has not seen any significant changed,” said Ameya Joshi, founder of aviation blog NetworkThoughts.

“The fares will have to be about 30 per cent higher than last Diwali to ensure that the increased costs can be recovered,” Joshi added.

Explained Ideas: Why India needs to the expand existing welfare net for poor

Weather Forecast Today: Heavy rain likely in Northeast India
We and our partners use cookies on this site to improve our service, perform analytics, personalize advertising, measure advertising performance, and remember website preferences.Ok