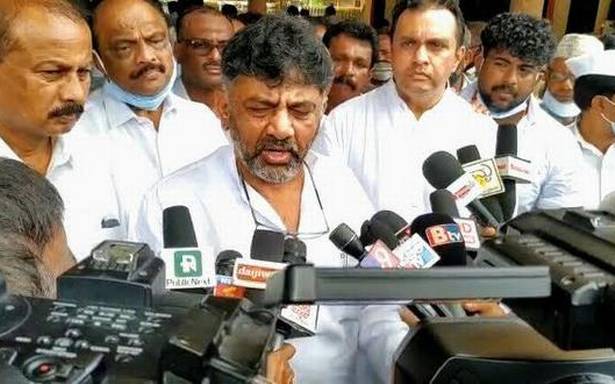 Speaking to reporters on September 14 after paying homage to the departed leader at Udupi, Mr. Shivakumar said no one could be eternal. Mr. Fernandes utilised the opportunities for the benefit of people and did not have even a single blemish in his political career spanning over five decades.

Mr. Shivakumar said he had a over-four-decade relationship with the late leader. The trio of Oscar Fernandes, M. Veerappa Moily and B. Janardhana Poojary from coastal Karnataka had not only strengthened the party base across Karnataka but also contributed to the growth of the State. He said Fernandes was an ajathashathru (man without enemies), and didn’t want to hurt anyone. He was honest to the core and had firm belief in the party leadership.