Licenses to cracker dealers for selling crackers were allotted through drawing of lots in the first week of November in Ludhiana, while the remaining cities in Punjab had done so in the last week of October itself. 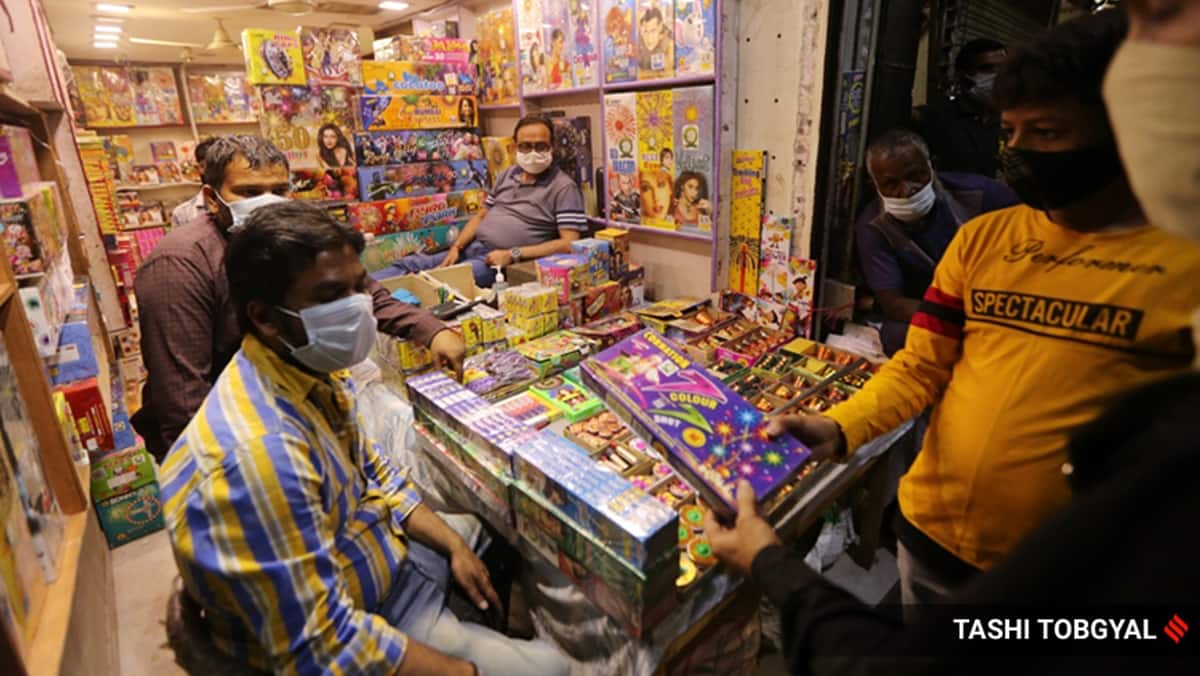 MANUFACTURING OF crackers start months before Diwali and cracker dealers often pay advance at the start of the year. Hence, any court orders related to crackers should come during manufacturing time and not when cracker stocks have already come to the markets, said Tribhuvan Thapar of Thapar Fireworks in Ludhiana on Thursday.

Thapar owns one of the 13 fireworks stalls at Ludhiana’s Dana Mandi. Ludhiana has been allowed to burst only green crackers from 8 pm to 10 pm on Diwali night. Licenses to cracker dealers for selling crackers were allotted through drawing of lots in the first week of November in Ludhiana, while the remaining cities in Punjab had done so in the last week of October itself.

Thapar said, “The license fee is around Rs 4,000 while we have already paid 18% GST on the cracker stock which we purchased for sale. Hence, now when all taxes are with the government, they are issuing instructions. We are planning to file a case against the National Green Tribunal (NGT) as well. They must pass their instructions during manufacturing season only. Why are sellers always at the receiving end?”

He added, “We have stock of green crackers with us which don’t have harmful chemicals, looking at the previous years’ trends, these crackers had been supplied in the market much before the orders of NGT. They are comets, 240 shots, anar etc. and the ‘green cracker’ label has also been put on them.”

Ashok Thapar, president of the Ludhiana Wholesale Firecracker Association, said, “Four years ago, there were more than 250 firecrackers license holders in Ludhiana and now they are only around 68 (in the whole district and only 13 in dana mandi market) this is the second biggest market of crackers in Punjab after Kurali. Let’s see how this season goes. Though we have enough green crackers with us.”
Two days ago, police had seized crackers worth Rs 50 lakh from a shopkeeper, and the stock was not of green crackers. “In such cases, shopkeepers are at the receiving end and not the manufacturers,” said a cracker dealer on condition of anonymity. Stocks of crackers had been seized from Muktsar and Fatehgarh Sahib too.

Chintu Kumar and Amit Kumar, other dealers at Dana Mandi, said, “Over the years, people are now reducing the work of crackers as it has become a very unpredictable business.”

R K Gupta in Mansa said, “In Mansa, there is no restriction on sale of crackers which are not green. However, despite that, I ordered 50% less stock compared to last year as farmers in this area are sitting on dharna and the urban population is low. Hence, we have no hope of good sales this year which is already gloomy due to Covid-19.”

Green crackers are those without barium salts, compounds of antimony, lithium, mercury, arsenic, lead and strontium chromate. Sources said the entire cracker stock in Ludhiana is not ‘green’.

Amritsar, Jalandhar, Ludhiana and Khanna have been told to burst green crackers from 8-10 pm on Diwali. The ‘Green Diwali’ campaign was run by most schools of Punjab through their online platforms as well.