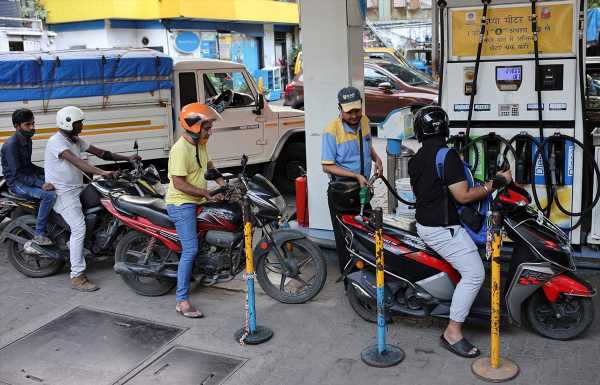 It would be unwise for the government to blame the Ukraine crisis for disrupting an economy with high fuel rates because there are modern financial instruments and qualified Indians available to mitigate risks. The Modi government must take the rap for failing to unshackle the oil sector, reports S Dinakar. 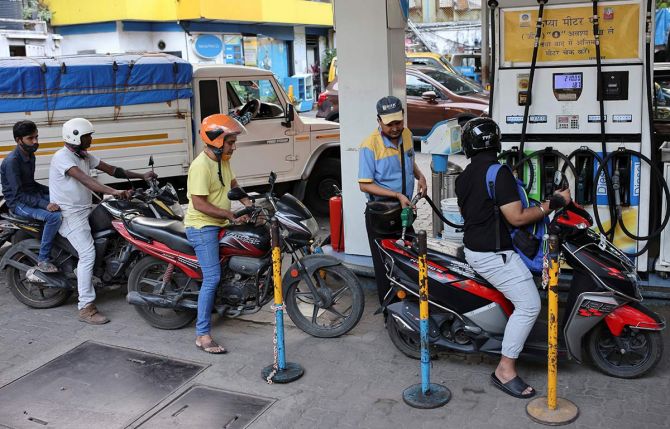 The consequences of the conflict between Russia and the Western powers over Ukraine have started resonating across a fragile Indian economy. While there are widespread concerns over volatility in crude oil prices, swings in liquefied natural gas (LNG) rates are a bigger concern for India.

The crisis is a wakeup call to New Delhi to address its energy policies in totality, introduce real price reforms, prioritise resources to the most deserving sectors, such as energy storage, and stop vote banks from hijacking fuel pricing.

At stake is energy security. India depends on imports to meet 85 per cent of its crude needs, 60 per cent of LPG use and nearly half of its LNG consumption. Russia is the second-largest exporter of crude oil with 12 per cent market share, and has a 25 per cent share of total gas exports, according to Crisil.

Supply disruptions of oil are less of an issue over Ukraine, but the cost of petroleum products is likely to surge. India paid $101 billion for 227 million tonnes of crude oil in fiscal year 2019-20, and has already paid $94.3 billion for 10 months of supplies. LNG shipments at $9.9 billion in April-January rose 60 per cent on the year despite volumes shrinking by 3.2 per cent. LPG imports for the ten-month period cost $10 billion. India may spend $140-$145 billion this fiscal for petroleum imports, equivalent to around 5 per cent of GDP.

“Crude prices could stay well over $100/barrel in the near to medium term unless OPEC decides to increase output materially,” said Hetal Gandhi, director, Crisil Research. “Spot LNG prices, which averaged $27-30 per million Btu in January, could rise to $35-40 if the strife continues.”

Higher fuel prices feed into household expenditure. While it is unclear by how much oil companies will increase pump prices after assembly elections results, there may be a 10-15 per cent hike in prices of petrol, diesel and LPG, analysts estimate, sending them to record levels despite fuel tax cuts in November.

Jet fuel rates are already at an all-time high. Record pump rates will hurt overall consumption and spur inflation, which in turn will trickle down to lower growth and delays in private sector investments.

It would be unwise for the government to blame the Ukraine crisis for disrupting an economy with high fuel rates because there are modern financial instruments and qualified Indians available to mitigate risks. The Modi government must take the rap for failing to unshackle the oil sector.

If the government’s oft-repeated claims of free oil pricing are true, then petrol, diesel and LPG prices would have moved in tandem in the last few months with wildly oscillating international crude rates — Brent crude traded at around $82 a barrel in early October, dipped to $68 early December before climbing to $102. But oil companies kept fuel rates unchanged.

Indian State oil companies, which control over 85 per cent of the domestic fuel market, are merely refining and distribution entities rather than price-setters. Pump rates are controlled by New Delhi.

The announcement of a 20 per cent ethanol-blending target with petrol has further reduced the role of oil companies in fuel pricing because ethanol prices are fixed by the government in an opaque manner — during elections in ethanol-producing states these rates tend to rise.

If India has to partially insulate itself from the impact of international conflicts, then oil companies must be given leeway to manage oil price risks, which private sector refiners like Reliance Industries and Rosneft backed Nayara Energy practise.

“The mindset of India has to change to manage commodity risks, and crude is just a commodity,” said VB Kasi, an international commodities trader. “Hedging is the only way out. Today you can possibly hedge a decade ahead, and I see crude beyond 2025 trading at $60/bl. Even if we move the import needle by 3-5 per cent, it will save around $5 billion,” he added.

“High energy prices cannot be avoided, but there are always options to manage the risks to your business,” said Jeremy Nicholson of London-based energy consultant Alfa Energy. “The deterioration of the situation in Ukraine is adding to the risk of disruption to European gas supplies, putting further pressure on European wholesale gas prices.”

India should be concerned with Europe’s gas needs because the impact of high prices will have a deleterious effect on a budding gas economy. Indian companies are investing billions of dollars in city gas networks, CNG outlets and gas pipelines as India aims to increase the role of gas to 15 per cent of its energy mix by 2030 from six per cent. Imported LNG is a critical component to achieve India’s target.

Earlier, India had to compete with China, Japan and South Korea for the fuel; now it has to compete with Europe for scarce LNG. Last year, spot LNG rates exceeded $50 per million Btu and shipping costs exceeded $300,000 a day after China and European nations scrambled for LNG, forcing Indian importers to exit the market. Indian LNG imports fell 21 per cent on the year in November, 5 per cent in December and 10 per cent in January.

The US is a key supplier of LNG to India with state-run GAIL having term contracts for over 20 per cent of India’s annual LNG purchases. Qatar ships around 8.5 million tonnes a year to India under a term contract. But Europe is turning to both nations for fuel. In 2021, nearly 70 per cent of Europe’s supply of LNG originated in the US, Qatar and Russia, according to CEDIGAZ. The US became Europe’s largest LNG supplier followed by Qatar.

“Continuous decline of indigenous production coupled with lower availability of LNG supply for Europe — a result of limited supply coming online coupled with increasing Asian demand — will tighten the gas market further,” Wood Mackenzie, a commodity intelligence service, said in a note. “If Russian exports to Europe are disrupted, things could obviously get a lot worse and Europe may have to persuade Asian buyers to free up LNG.”

Under such circumstances, the US will prioritise LNG supplies to Europe, and may persuade its ally Qatar to do the same. That would definitely leave India in a bind.