At Bhangore area of South 24 Parganas on Wednesday night, a patrolling team came under attack when it stopped youths from gathering, a police officer said. 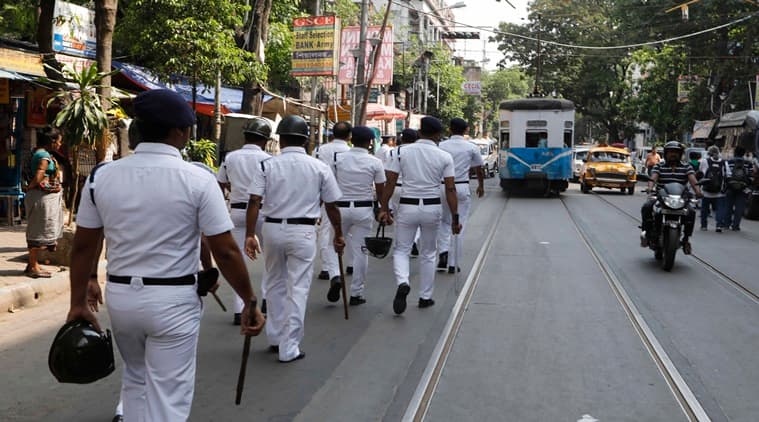 At least nine policemen were injured in two separate attacks while they were trying to enforce the nationwide lockdown in two West Bengal districts, state police said on Thursday.

Quick response teams in South 24 Parganas and West Midnapore districts were allegedly pelted with stones when they stopped people from gathering, they added.

At Bhangore area of South 24 Parganas on Wednesday night, a patrolling team came under attack when it stopped youths from gathering, a police officer said.

“The youngsters pushed the police personnel and hurled stones at them when they were asked to go home. A sub-inspector and four constables were injured in the clash. A police vehicle was also damaged. We have arrested five people,” he added.

In another incident, a police team was attacked, resulting in injuries to two assistant sub-inspectors and two constables, in Goaltore area of West Midnapore district, when they asked a group of people not to gather at a tea stall.

“We are trying to trace those behind the attack. The injured police personnel are being treated at a hospital,” a district police official said.

Birbhum district police has not been physically assaulted but abuses were hurled at policemen while they were enforcing the lockdown.

As the 21-day nationwide lockdown entered its ninth day on Thursday, people in various parts of the state were seen jostling at markets and ration shops to buy essential items.

In several parts of the state, especially in Burdwan, Purulia, Bankura, West Midnapore and Birbhum districts, people were seen standing outside shops in close proximity, despite requests from the local administrations to maintain social distancing.

The civic bodies in Uttarpara and Konnagar in Hooghly district are using drones to identify the places where people are out on the streets and necessary action is being taken, an official said.