Both National Conference and PDP have announced a boycott of Panchayat and Municipal elections in Jammu and Kashmir over Article 35-A. Here is all you need to know about the clause and the parties call for the boycott

The upcoming Municipal and Panchayat elections in Jammu and Kashmir have hit a rough patch with National Conference and People’s Democratic Party announcing a boycott. Citing Article 35-A as the reason, both the parties have asked the Centre to clear its stand on it and also take “effective steps” to protect it. However, Jammu and Kashmir Chief Secretary B V R Subrahmanya said there would be no delay in holding the elections and that it would take place as per schedule.

Article 35-A is a constitutional provision given to Jammu and Kashmir that allows the assembly to define the ‘permanent residents’ of the State. The Article, often referred to as the Permanent Residents law, prohibits non-permanent residents from permanent settlement in the state, meaning, non-residents cannot buy immovable property, or take government jobs, scholarships and aid.

According to the Jammu-Kashmir constitution, a Permanent Resident is defined as a person who was a state subject on May 14, 1954, or who has been residing in the state for a period of 10 years, and has “lawfully acquired immovable property in the state”. It was brought in by a presidential order in 1954 in order to safeguard the rights and guarantee the unique identity of the people of Jammu-Kashmir. 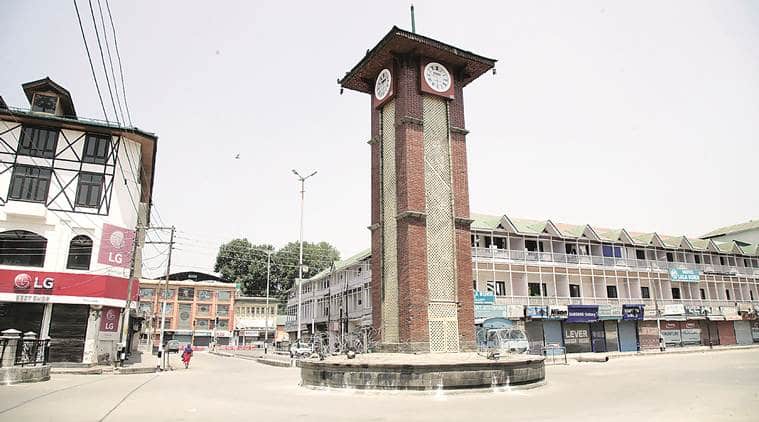 Article 35-A in Supreme Court

A batch of petitions have challenged the constitutional validity of the Article 35-A on the grounds that it was never floated before Parliament. Many critics have also challenged it for being discriminatory towards women. The 1954 order denies property rights to a woman who marries a person from outside the state. The Jammu and Kashmir High Court in 2002, held that women who marry non-permanent residents will not lose their rights, though children of such women will not enjoy succession rights.

Those defending the clause argue that the provision is part of a historical pact between Kashmir and India allowing the state a special status in the country. The state’s two main political parties, PDP and NC, contend that there would be no “Jammu and Kashmir” left if this provision is tampered with, and have vowed to fight it out together. The Centre had, however, refused to take a stand on the issue, with Attorney General K K Venugopal informing the court that it was “very sensitive” and required a “larger debate”.

Express Opinion | Why Article 35-A must stay

In August this year, the apex court deferred the hearing on Article 35-A to January 2019 after the Centre and Governor-ruled Jammu & Kashmir cited law and order issues and sought deferment of proceedings till the local body polls in the state get over in December. 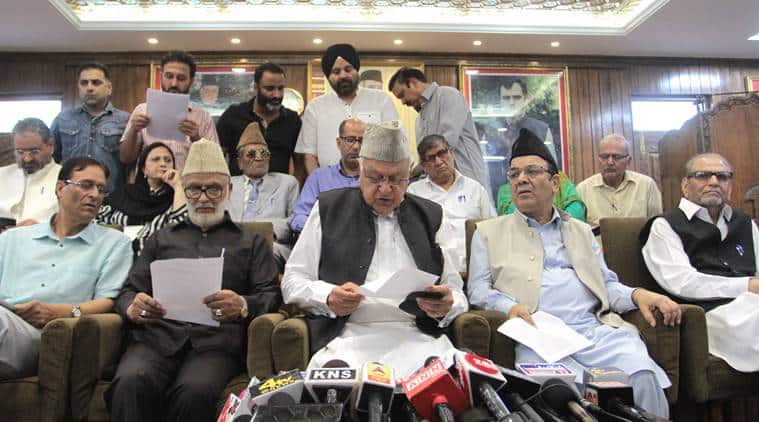 NCP, PDP on Article 35-A and Municipal polls

The National Conference-led by Farooq Abdullah, earlier last week, announced that it will not participate in the polls “unless and until the Government of India and state government clears its position, and takes effective steps to protect Article 35 A in and outside the court”. PDP also distanced itself from the elections, soon after. “The situation created by linking panchayat polls with the case pending in Supreme Court on Article 35-A has created apprehension in the minds of the people, who see an assault on the special constitutional position of the state…It was felt that any attempt to impose any electoral exercise in the current atmosphere of fear and apprehension would seriously erode the credibility of the process… It (conducting elections) would defeat its very purpose,” PDP president Mehbooba Mufti said.

Though the Congress is yet to take a final decision on participation or otherwise in the polls, it has said the situation is not conducive for holding polls. Calling the elections a “futile exercise,” Congress leader Ghulam Nabi Azad said, “If two political parties don’t participate, that is not fair and just and that is not good.”

Municipal, Local Body elections to be held as per schedule

Municipal elections in the valley are being conducted after a gap of 13 years with the last elections in 2005 and the last panchayat polls in 2011. Death of the then chief minister Mufti Sayeed, the violence after the killing of Hizbul commander Burhan Wani had deferred the elections.

According to Chief Secretary B V R Subrahmanya, there would be no change in the date of polls in the state. As per the current schedule, the municipal elections in the state are slated to start from October 1. The polls would be conducted in four phases from October 1 to October 5. The panchayat polls, on the other hand, would be conducted in eight phases from November 8 to December 4.

Apple iPhone XR starts at Rs 76,900 in India: Here is our first look

Three Uttarakhand women washed away in swelled Kosi river, two bodies retrieved
We and our partners use cookies on this site to improve our service, perform analytics, personalize advertising, measure advertising performance, and remember website preferences.Ok