PM Modi's economic failures, that began with demonetisation, should reduce any satisfaction he gets from his political successes. 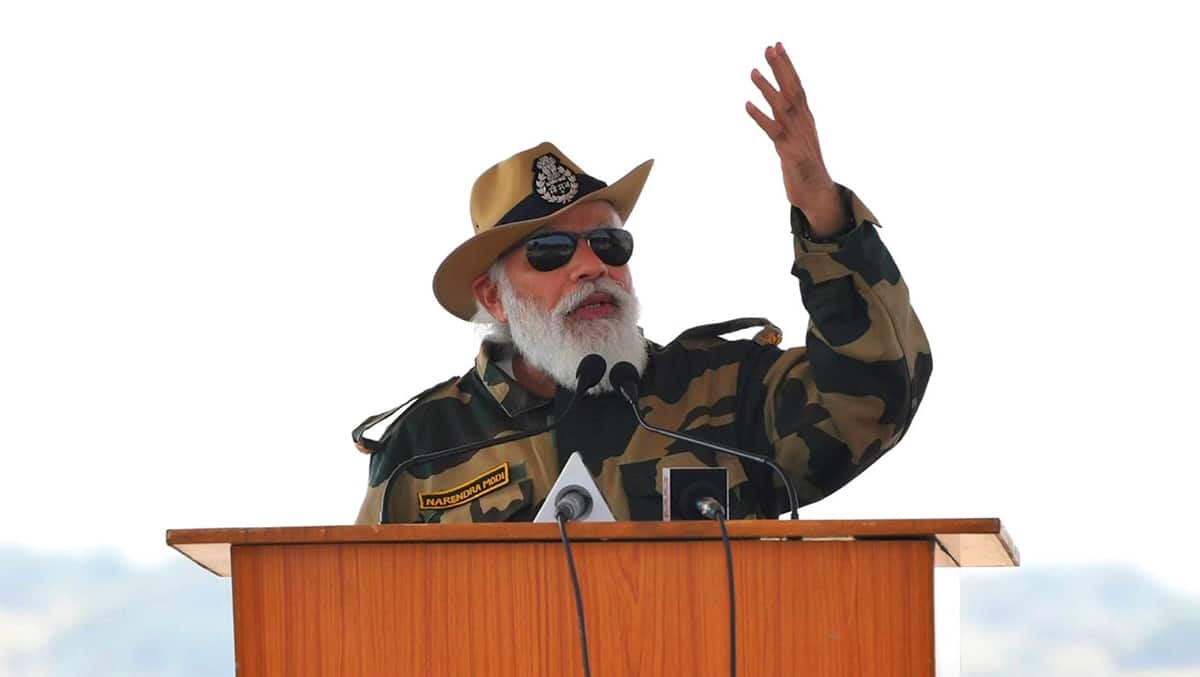 This has been a truly vile year. Not just for India but for the whole world. Except perhaps for our old foe China from whence came the worst pandemic in more than a century. As someone who thinks of China as an evil country, it galls me that it seems somehow to be doing just fine. You read this on the morning of Diwali and so we must hope that on this festival that celebrates the victory of good over evil, the gods hear our prayers and help us to, at the very least, banish Chinese soldiers from our territory in Ladakh. May the gods also punish China by doing as much harm to its economy as has been done to ours and to the economies of some of the richest countries in the world.

Having got my bile against China off my chest, I feel good. And, since it is Diwali, I am going to try in this week’s column to talk about things that may help us all get into a festive mood. The most recent good thing that happened in my view was the election result in Bihar. Nitish Kumar may not have done as much in his 15 years as Chief Minister as he could have, but he did a lot more than Lalu Prasad and Rabri Devi did for this wretchedly poor state in the 15 years that they ruled.

When the Prime Minister described their son Tejashwi Yadav as the Yuvraj of Jungle Raj, it brought back for me memories of those years. I used to go often to Bihar in those times and the truth is that ‘jungle raj’ is a mild description of the complete breakdown of law and order that existed then. In Patna, I remember people living in fear of the lawless gangs that ruled the city and could not be stopped because among them were relatives of the chief minister. Tejashwi may be a fine young man but he carries some very bad baggage.

The other thing that cheered me up in these long months of lockdowns and isolation was the announcement of the New Education Policy. It will be a long while before millions of Indian children in government schools get access to an education and not just literacy, but this policy is a step in the right direction. It is my fervent hope that it will also be the first step towards decolonising a public education system that was created by our colonial masters to produce clerks for the British empire. It should have been decolonised years ago and, if it happens now, Narendra Modi will be remembered in history for this.

The other vital tool that people need to pull themselves out of poverty is decent public healthcare. It is a shame that government hospitals and primary health centres remain in terrible shape even in cities like Mumbai and Delhi, but it is to the credit of state governments that they somehow managed to prevent their shambolic hospitals from crumbling under the weight of Covid-19. In Mumbai I know people who have been treated and quarantined in Covid facilities and they report that they were well cared for.

On the political front, may I say, as I did once before recently, that the abrogation of Article 370 was a good step even if the aftermath was badly handled. At the risk of more brickbats from retired officials and Kashmiri politicians, I am going to repeat that Article 370 had to go. It had to go because it served mostly to encourage the average Kashmiri to think that it is only a matter of time before he gets ‘azadi’ from India. The leaders of this former state know well that this is never going to happen. The leaders of Pakistan know well that this is never going to happen but, because of the special status that Article 370 provided, continued to pretend that Kashmir would one day be absorbed into the Islamic Republic.

To make this dream real they encouraged Islamism to spread through the Valley instead of Islam. For decades violent jihadist groups have been more important than elected politicians. If not even the huge presence of Indian troops could prevent this from happening, it should be clear proof of a failed political policy. It is no surprise that the abrogation of Article 370 has such popular support in India that the Prime Minister boasts about it in election speeches.

What else cheered me up in this awful year? The Prime Minister’s inaugural of the Ram temple in Ayodhya with great fanfare and melodrama? Personally, I think it served mostly to further alienate our alienated Muslim community, but it also brought closure to a movement that has caused far too many people to die and far too much hatred to spread. This cannot be a bad thing.

Now it is time for Modi to concentrate on the only thing that really matters, which is reviving the economy. His economic failures, that began with demonetisation, should reduce any satisfaction he gets from his political successes. I am not going to say more than this because I promised that this week I would concentrate only on good things.

When I light the diyas this evening and send up my atheistic prayers, I shall pray that we will not need masks this time next year. Happy Diwali.

Art world star gives back by buying work of the undiscovered