The One Show hosts Alex Jones, 42, and Matt Baker, 42, reunited for the first time on the show in nine months this evening. During the introduction to the show, Alex joked that she could no longer look at her co-star in the same away after seeing him wear a mankini in panto.

During her maternity leave, the presenter went to watch Matt perform in the pantomime Goldilocks and the Three Bears, in which he played Joey, the clown.

Recalling the moment she went to see her co-host in the show, she told viewers she saw him in a pink mankini.

“I went to see Matt,” she began. “After you’ve seen him in a pink mankini, you will never ever look at him in the same way again.”

After the audience laughed, her co-star rushed to clarify the moment. 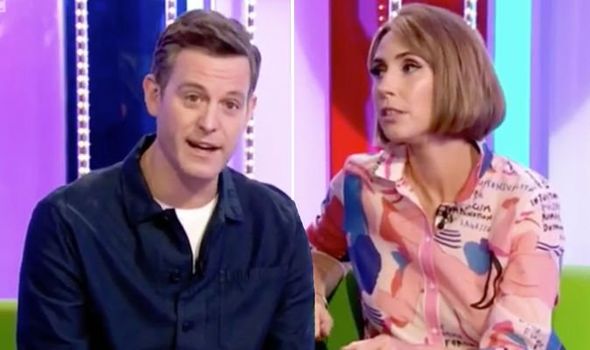 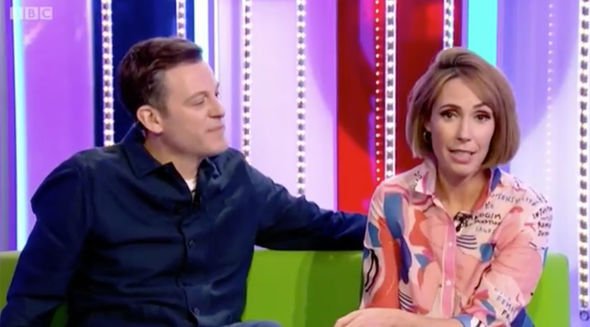 He chimed: “You better put that into context, we weren’t just on our own when that happened.”

Viewers were then shown a video of Matt performing back flips and walking on a tightrope as part of his energetic role.

“These are the videos that they can show on the tele,” Alex told viewers.

“Yes,” Matt agreed, before he explained: “I was down the London Palladium, I had such a magical time in Goldilocks and the Three Bears.” 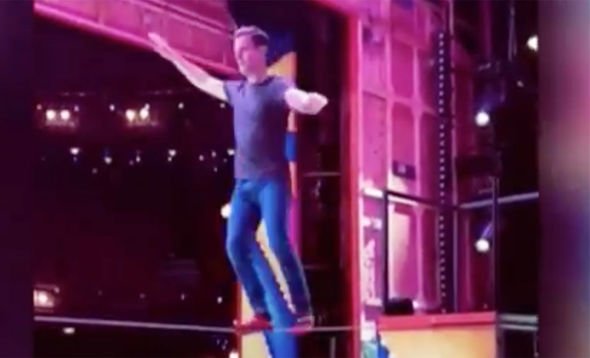 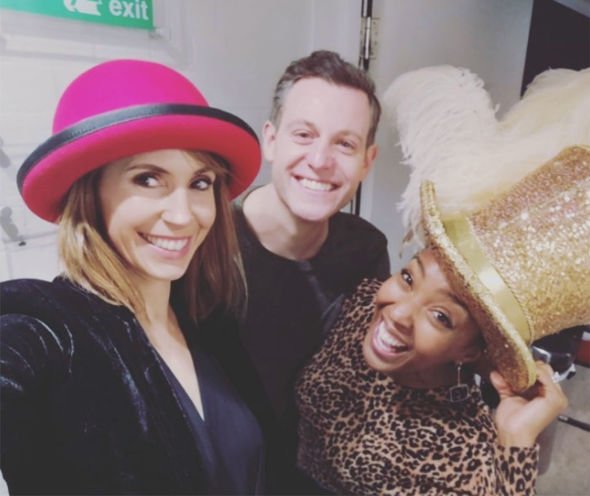 He added: “I was being an acrobat you see, this juggling clown and what have you.”

Alex went on to tell viewers that he was also a “love interest” in the show.

She turned to her co-star and said: “Goldilocks fell in love with you after she saw you in the mankini doing squats.”

“I had a tremendous time,” he replied. “Such talented people, I loved them all.”

Alex shared her support for Matt in pantomime on Instagram earlier this month.

The mother-of-two shared a picture of her, her co-star and stand-in presenter Angellica Bell backstage.

The duo sported flamboyant hats as they beamed for the camera alongside Matt.

She wrote: “A fun night at the panto watching @mattbakerofficial in a pink mankini! He rocked it. #goldilocksandthethreebears.”

Elsewhere during her time off from the show, Matt announced he will be stepping down from his hosting duties on the show in March.

The father-of-two told viewers he is looking forward to spending more time with his family and will continue to work on his other projects.

It is currently unknown who will be replacing him.

The One Show continues tomorrow at 7pm on BBC One.