Two successive reports, one by Percy Mistry in 2007 and the other by Raghuram Rajan in 2008, had provided the RBI and finance ministry with blueprints of what to do next.

Both reports, unfortunately, were put on ice.

The global meltdown saved the RBI. It also saved the finance ministry from having to work on the two reports.

The fourth part of the series on the 10th anniversary of the fall of Lehman Brothers looks at India’s missed opportunity to set its footprints abroad.

Part I: Lehman crisis@10: Has the financial world changed for the better? 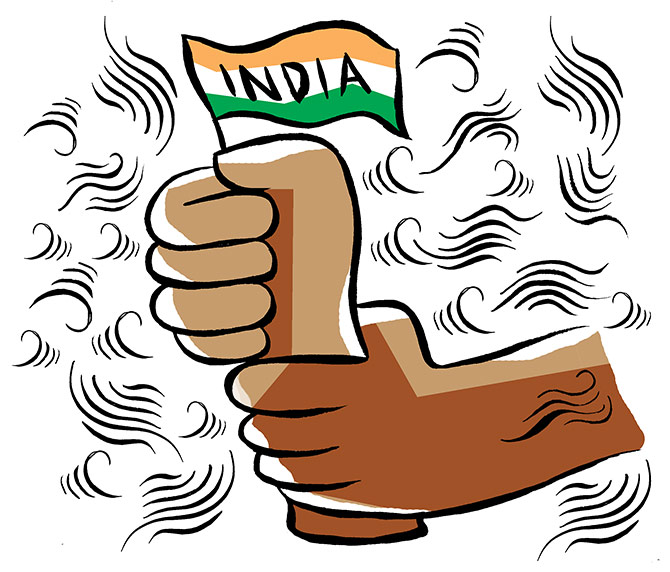 It seems absurd a decade later to believe this but in 2009 an Indian financial company had bid for an American insurance firm.

AIG Investments, the fund management arm of insurer American International Group (AIG), was up for sale as the parent company was desperately scouring avenues to remain alive.

The 2008 global meltdown had brought AIG perilously close to nationalisation.

News reports at the time said that Religare Enterprises, jointly with Macquarie Wealth Management, were the possible top bidders for AIG Investments which managed assets of about $100 billion across 45 countries.

For a brief moment, a government leak claimed that even the State Bank of India might quote a price.

The moment passed. The bids were never formally made.

R Gopalan, who became banking secretary in 2010, said there was little chance that any of the bids would have been considered seriously by the Indian government.

Ten years on, this 2009 episode is a reminder that India did not think then that its financial sector entities had it in them to handle international competition.

As India managed to remain relatively unharmed by the global meltdown, it attracted fulsome praise from commentators, domestic and foreign, for having avoided any major bruises.

The reality is that the events of September 2008 were a demonstration of the fact that banks, insurance companies and NBFCs escaped unscathed mostly because of the cast iron safety net provided to them by the government.

So when the safety net broke under the pressure of the load of bad loans some years later, we had our version of the financial crisis.

Moreover, it is taking far longer to clear because we hardly learnt anything from the global crisis.

It could have been different. Two successive reports, one by Percy Mistry in 2007 and the other by Raghuram Rajan in 2008 had provided the RBI and the finance ministry with blueprints of what to do next.

These reports made the then RBI governor, Y V Reddy, see red.

With his trademark humour, the banker told this correspondent how he had handled an earlier proposal, sent by North Block, for capital account liberalisation.

“It came as a proposal and I promptly appointed a committee. That took care of it”.

The Mistry and Rajan proposals for wide-ranging reforms of the sector got the same treatment.

Reddy appointed a committee to examine them.

“We are not only looking at Mumbai as a financial centre…. If a table of the decisions were to be prepared with a column on who was required to take action, it would be clear that it was the government which had to act on most of the recommendations,” he told the media.

From 2006, the RBI had been trying to stem the sharp inflow of dollars through bonds.

The bonds flooded the market with rupees; to mop up the liquidity, the RBI had to raise interest rates.

In the process, the real estate sector was sucker-punched, raising the RBI’s prestige but leaving other sectors of the economy reeling from this monetary policy.

The global meltdown saved the RBI. It also saved the finance ministry from having to work on the two reports.

Gopalan said that by the time he arrived, the government had convinced itself that a closed financial system was the best insurance against any hurricane in the global financial markets.

“Our concern was the rising inflation as a result of the two fiscal stimulus allied with rising banking credit, announced in rapid succession.

“The rupee was depreciating, the fiscal deficit had opened up and inflation had begun to soar. We had a lot on our table to handle,” said Gopalan.

The Rajan report (incidentally, the committee was appointed by the Planning Commission as the RBI refused to accept the need for it) would be picked up in pieces much later, towards the fag end of Subba Rao’s term as governor and then by Rajan himself as governor.

The Mistry report was left unsigned, even by Mistry.

Its recommendation to make Mumbai an international financial centre represented everything the government did not want to do.

Ten years later, the plan is to create an international financial centre — not in Mumbai but in Ahmedabad’s global financial hub, the Gujarat International Financial Tec-City.

‘Study on failures will include GST, demonetisation and Covid-19’: Rahul Gandhi targets govt
We and our partners use cookies on this site to improve our service, perform analytics, personalize advertising, measure advertising performance, and remember website preferences.Ok