Former prime minister Manmohan Singh has expressed concern over attempts to change the “nature and character” of the Nehru Memorial Museum and Library, saying Jawaharlal Nehru did not just belong to the Congress but to the entire nation. 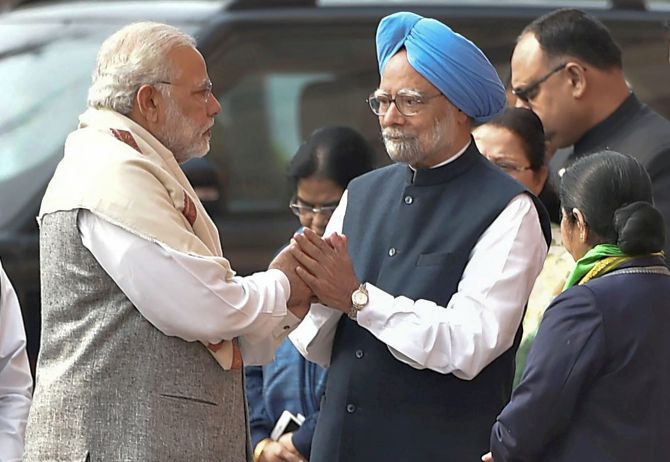 In a letter to Prime Minister Narendra Modi, he urged him to leave the Teen Murti complex “undisturbed” and said this would be respecting both history and heritage.

The Nehru Memorial Museum and Library was established in the memory of India’s first prime minister and the museum at the Teen Murti House has preserved some rooms as they were at the time of Nehru’s death.

Singh said during former prime minister Atal Bihari Vajpayee’s tenure there was no attempt to change the nature and character of the NMML.

The former premier had described Nehru in Parliament as a “vibrant personality” and said “such a resident may never grace Teen Murti again”, the senior Congress leader said.

“Let us respect this sentiment and keep Teen Murti as a memorial to our first prime minister Pandit Nehru and leave the Teen Murti complex undisturbed as it is. This way we will be respecting both history and heritage,” Singh said in the letter.

“Jawaharlal Nehru belongs not just to the Congress but to the entire nation. It is in this spirit that I have written to you,” he said.

The letter comes amid reports of dedicating the NMML in the memory of all former prime ministers, an idea strongly opposed by the Congress.

Singh said the NMML is dedicated to the memory of the country’s first prime minister and prime architect of the Indian nation-state. Nehru has left behind an incredible imprint on our country and the world, he said.

His distinctiveness and greatness have been acknowledged even by his political opponents and rivals, Singh said.

Recalling the six-year tenure of Vajpayee as prime minister, he said there was no attempt made to change the nature and character of the NMML and the Teen Murti complex.

“But sadly, that seems to be part of the agenda of the Government of India now,” the former prime minister said.

Singh said the NMML must remain a centre of first-rate scholarship and professional excellence and the museum itself must retain its primary focus on Nehru and the freedom movement.

“No amount of revisionism can obliterate that role and his contributions,” he said.

Singh also said Vajpayee had said in Parliament that Nehru took the opposition along and was a refined gentleman and said such “greatness we may not again see in the near future”.