Union Minister of State for Home and senior BJP leader G. Kishan Reddy has urged the people to question the TRS government about the status of the two-bedroom housing project in the twin cities.

“That was the single major issue on which the TRS was voted to power in the GHMC elections last time. It assured 2-bedroom homes to the poor and private sector employees. There are about 30 lakh applications and people should ponder if the housing programme will materialise during KCR’s lifetime,” Mr Kishan Reddy said, asking people to seek answers about how many units have been built, the locations and the number of beneficiaries.

“With what face are they seeking another mandate now after failing to construct two-bedroom houses and destroying the brand image of the capital during the recent floods,” he asked, during the ‘Meet the Press’ programme organised by the Press Club here on Sunday. “Citizens got excited when KCR promised to transform Old City into Istanbul and new city into Dallas, but even now this government has been unable to stop flooding of Raj Bhavan road and elsewhere. So where did the ₹67,000 crore go,” he said, referring to TRS working president K.T. Rama Rao’s statement that ₹₹67,000 crore had been spent on Hyderabad’s development in the past six years.

“About five lakh houses and 15 lakh people were affected in the recent floods while 40 lives were lost. This has happened because the entire sewage system has become defunct, silt removal has been ignored and encroachments on water bodies were not removed,” he charged.

While the government did not bother to take up construction of four new public hospitals, the Centre has opened ESI Hospital and AIIMS, although the Telangana government was yet to hand over the building, the Union Minister charged.

Stating that he was only going to point out the glaring infrastructural deficiencies in last five years of TRS-MIM rule, Mr. Reddy wondered how the government could claim credit for Metro Rail project when it had delayed the construction and commissioning and had also prevented it from being taken into the Old City, causing a loss of up to ₹3,500 crore. “MMTS Phase-II could have been operational by now if not for the government not releasing assured funds from its side to extend affordable transport to the suburbs and even to Yadadri,” he pointed out. The Musi riverfront and rejuvenation project has not taken off and it is difficult to fathom how a ‘rich Telangana State’ could not complete all these projects, he added.

GHMC itself has become bankrupt due to wasteful expenditure and corruption but the situation can be salvaged if the people of Hyderabad take a step forward like people of Dubbak did in electing BJP candidates, he observed. “Our party has a special bond with the city and its people. I promise a corruption-free and accountable local body striving to enhance the civic infrastructure using its own revenue and taking funds from the Centre and State under various schemes with no scope for dynastic rule. We will take all sections along and not discriminate against any caste, region or religion,” Mr Kishan Reddy promised.

The BJP does not see Majlis as the sole representatives of the Muslims as it has been harassing many members from the minority community for land grabbing, resorting to rowdiness, offering support to anti-social elements and so on, he claimed and added: “For us, TRS and MIM are one and the same as they have been working together on election strategies,” the Union Minister said.

The senior BJP leader also advised Chief Minister and TRS supremo K. Chandrasekhar Rao to withdraw his comments on party president Bandi Sanjay Kumar on the alleged letter to State Election Commission on ex-gratia to the flood-affected families and tender an apology in this regard. Mr. Reddy said BJP is in power at the Centre and in 17 States, therefore, questioning the party credentials has no meaning. “We have been running corruption-free and dynastic-free governments, with every rupee of the tax payers being spent judiciously with no law and order issues,” he added. 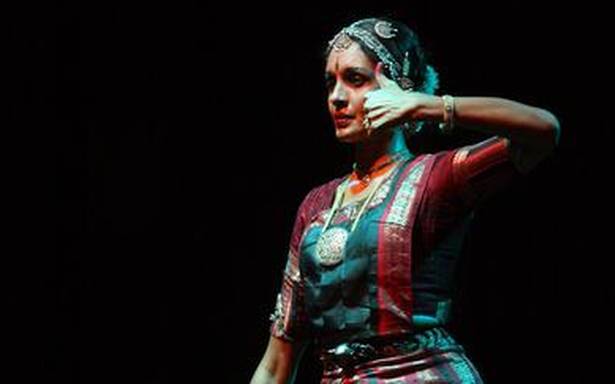