Sources from Moga police said that the two arrested men, who had hoisted 'Khalistan' flag atop the terrace, were brought from Burail Jail in Chandigarh and the crime scene was reconstructed. 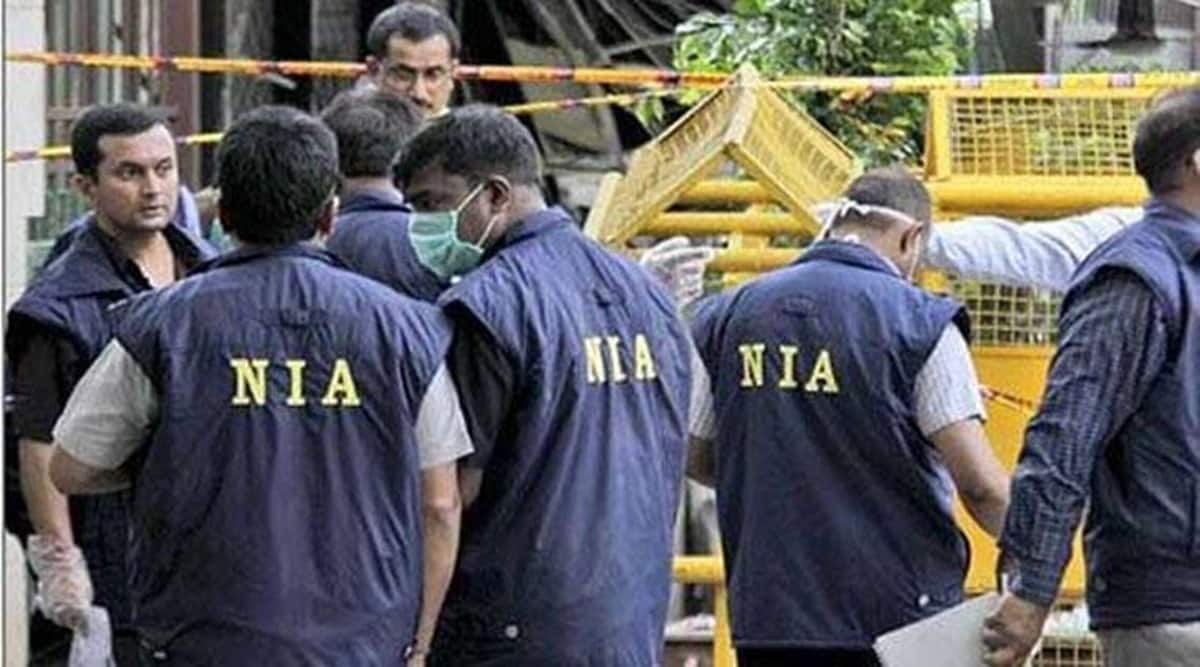 Four months after three men allegedly raised a saffron flag with ‘Khalistan’ written on it, the National Investigation Agency (NIA) reconstructed the crime scene at the office of Moga Deputy Commissioner Saturday.

Following the orders issued by the Ministry of Home Affairs (MHA), the NIA had taken over the probe in September.

Sources from Moga police said that the two arrested men, who had hoisted ‘Khalistan’ flag atop the terrace, were brought from Burail Jail in Chandigarh and the crime scene was reconstructed.

On August 14, a day ahead of the Independence Day, three men identified as Inderjit Singh Gill (32), Jaspal Singh (26) and Akashdeep Singh (19), allegedly reached the office of Moga DC and raised a saffron flag on its terrace with ‘Khalistan’ written on it. While Inderjit and Jaspal allegedly hoisted the ‘Khalistan flag’, Akashdeep recorded the video with his phone. Police had said that the trio did the act on the call of US-based pro-Khalistan banned outfit Sikhs for Justice (SFJ) legal advisor Gurpatwant Singh Pannu, a ‘designated terrorist’ by the Union government, who had offered USD 2,500 for the act. Later, Pannu’s name was also nominated to the FIR and Sections 10, 11 and 13 of the Unlawful Activities (Prevention) Act were also added.

As per the FIR that has been registered by the NIA at its headquarters in Delhi dated September 5: “Two youngsters managed to reach the terrace of a four-storey Deputy Commissioner office complex in Moga, Punjab and hoisted a yellow coloured flag with Khalistan written on it and while coming back, these miscreants cut the rope of the Indian National Flag hoisted near the main gate and dragged the Indian National Flag along with the rope and ran towards the outer gate which was an insult to the National Flag. In this connection the local police registered a case…The investigation conducted so far has revealed that the incident followed a general circulation of a message by Sikhs for Justice (SFJ), a terrorist organisation, exhorting youth/radical Sikhs to hoist the Khalistan flag and videograph the incident..”

The NIA FIR further says, “That the investigation conducted so far has established the role of Gurpatwant Singh Pannu of SFJ, a designated terrorist on whose instigation the instant incident occurred and on his instructions the recorded video was shared by the accused persons extensively over the social media platforms.”

The Ministry of Home Affairs (MHA) had ordered the NIA to take over the probe in the case under the sections 6 and 8 of the National Investigation Agency Act, 2008, as per the orders issued dated September 4.

Except US-based Gurpatwant Singh Pannu and Rana from SFJ, all five local accused have been arrested in the case.