"Nobody asked me to do it, the Almighty came and intervened my thoughts to guide me towards taking this step. Everyone around has been very supportive and cooperative in helping me come here and take charge," Sharief said 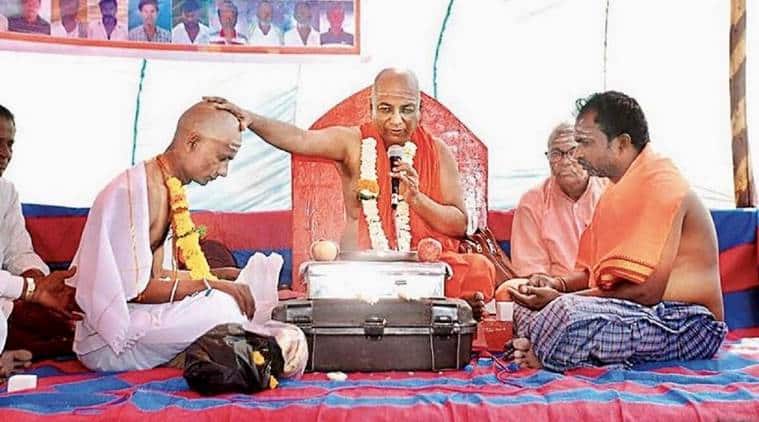 In a first, a 33-year-old Muslim man is set to be made pontiff of a Lingayat mutt in Gadag district of north Karnataka. Diwan Sharief Rahmansab Mulla, who will be incepted on February 26, is said to be influenced by 12th Century reformer Basavanna’s teachings since childhood.

“Nobody asked me to do it, the Almighty came and intervened my thoughts to guide me towards taking this step. Everyone around has been very supportive and cooperative in helping me come here and take charge,” Sharief said.

“Today, Rahman’s son has become Diwan Sherief. My parents donated their ancestral property of two acres for the upliftment and welfare of the society, upholding the Basava values of equality open to people across faith,” he added.

Incidentally, the to-be seer is married and is father to three daughters and a son. Sharief used to run a flour mill in a neighbouring village as he preached Basavanna’s philosophy of life and his Vachanas, a form of rhythmic writing in Kannada which flourished during the 12th century.

Meanwhile, Sri Murugharajendra Koraneshwar Shivayogi, the seer of Koraneshwara Sansthan mutt in Khajuri village (Kalaburagi) who took the decision, said he was inspired by Jagadguru Murugharajendra Brihan Mutt of Chitradurga, which is known for practising Basava philosophy, to take such a decision

“Basavanna was never against a married person becoming a seer. He (Diwan Sharief) has made arrangements for his family to lead a good livelihood. From now, he will be among us to head the Shantidhama. The village residents have welcomed the decision wholeheartedly,” Shivayogi said

He further said, “An individual is not born into a religion but faith is chosen later. Regardless of manmade restrictions of caste, one will pick the path of welfare and sacrifice once the Almighty appears to the person.”

I will give Lucifer Remake to Pawan Kalyan if he wants, says Chiranjeevi

UP migrant worker quarantined in Udaipur commits suicide
We and our partners use cookies on this site to improve our service, perform analytics, personalize advertising, measure advertising performance, and remember website preferences.Ok