Rohit Pawar, the grandnephew of Sharad Pawar, is the fifth member of the Pawar family to enter politics in the state. 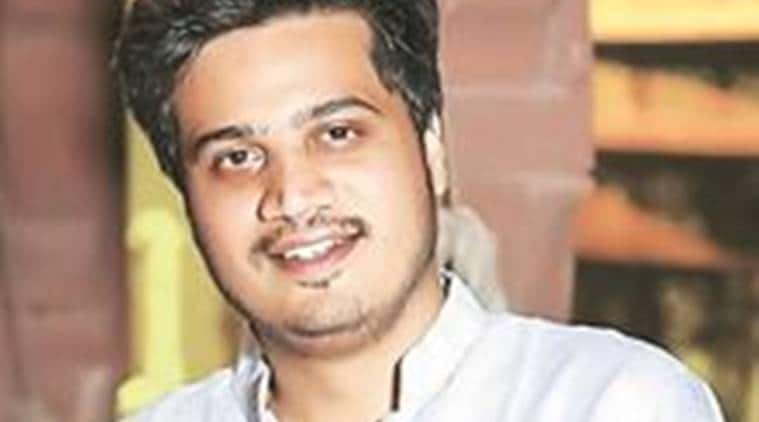 Even as the debut of his cousin Parth Pawar resulted in a defeat from the Maval Lok Sabha seat, the grandnephew of Sharad Pawar — Rohit — is all set for a likely straight fight with Ram Shinde, the guardian minister of Ahmednagar district. Rohit has been campaigning for the Karjat Jamkhed Assembly seat, which has been the BJP’s stronghold in Ahmednagar.

“I am confident of a win,” Rohit Pawar, who is the fifth member of the Pawar family to enter the electoral fray in the state, told The Indian Express. “Frankly speaking, I am not overconfident as I have to realise that it is a difficult constituency. BJP has been in power here for the last 25 years,” he said.

“Despite BJP being around for several years, I look at it from a different angle. I have studied in detail about what people want here. The BJP has taken people for granted. Lot of work is pending, for instance, water for irrigation. There is no major project here. Plus, the drinking water connection in small villages is a big issue. There is no employment and with no major investment by any large firm here, people from this area have to migrate to other talukas for work. Women too are not given opportunities,” said Rohit.

His poll campaign has been to to go all out and talk to people at the villages to understand their problems. “For the last two to three years, I have been setting up my base here and interacting with people. Once I get the authority as an MLA, I will solve their problems as a majority of them have been kept away from development,” said Rohit, whose uncle Ajit Pawar campaigned for him at Karjat on Monday.

Known to be close to Sharad Pawar, Rohit had been entrusted with the task of connecting with various groups of people during the Lok Sabha elections. Rohit had actively campaigned for his cousin, Parth (Ajit Pawar’s son) and crisscrossed the state to step up the poll campaign for other NCP candidates. The star campaigner, however, prefers to remain at Karjat-Jamkhed this time and engage with key groups to vote for him. “People come to talk to me, but this time, I will stay focussed on the constituency,” Rohit said.

He also prefers not to get drawn in “unnecessary battles” between him and Dr Sujay Vikhe Patil, who had won the Ahmednagar Lok Sabha seat on a BJP ticket. Then, Sujay’s father Radhakrishna Vikhe-Patil, who had been disappointed with the NCP’s refusal to exchange the seat with the Congress, had quit the party and joined the BJP. “This battle today is between the BJP’s way of thinking and NCP’s ideology,” Rohit said, adding that the entire Congress machinery had been activated to campaign for him. “Personally, Sujay and I may be friends, but we follow the pary line,” he said.

Even as his poll plank will be focussed around development issues in the region, Rohit does not feel that issues like abrogation of Article 370 would matter in the Assembly elections. “Before the Lok Sabha elections, the Indian Army and Air Force’s strategy to defend our country and take revenge against Pakistan may have indirectly benefitted the BJP. But in the state Assembly elections, there are different issues that need to be addressed and it is unlikely that the move in J&K will tug at heartstrings… The abrogation of Article 370 and BJP’s talk around it cannot become the agenda for Maharashtra,” Rohit said.