Having maintained so far that its mandate is to sit in Opposition, this is the first time when Sharad Pawar’s party has indicated its willingness to offer “conditional” support to the Sena. 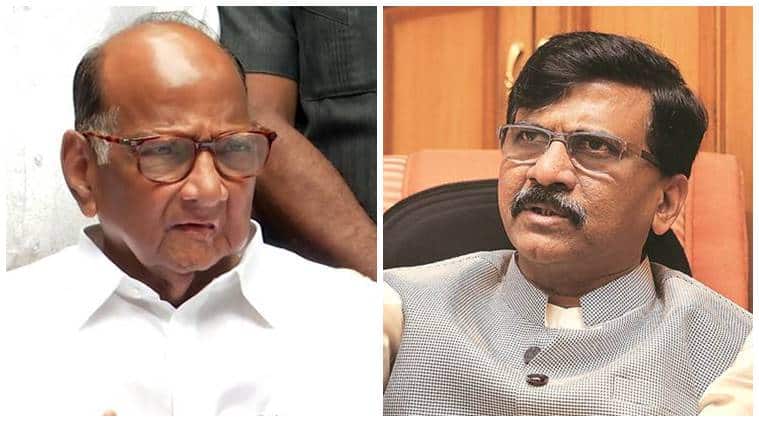 WITHIN MINUTES of the BJP informing Governor Bhagat Singh Koshyari Sunday that it cannot form the government in Maharashtra, the NCP laid down a set of conditions for backing a Shiv Sena-led ruling formation: Cut ties with BJP, quit NDA, evolve a common programme.

Having maintained so far that its mandate is to sit in Opposition, this is the first time when Sharad Pawar’s party has indicated its willingness to offer “conditional” support to the Sena.

“If the Governor extends an invitation to the Sena and the party desires support of the NCP and the Congress, it should first snap all ties with the BJP, making an announcement to that effect. The Sena will have to walk out of the NDA. Their minister (Arvind Sawant) in the Narendra Modi government will have to resign,” said NCP’s national spokesperson and Mumbai party president Nawab Malik.

“If they are agreeable to these conditions and send us an official proposal, we are willing to consider it. Our legislators are meeting on November 12, where this can be discussed threadbare and a firm decision taken,” said Malik, a former minister who was elected this time from Mumbai’s Anushakti Nagar Assembly seat.

The BJP’s move leaves the three parties left in the fray with key questions. Will Shiv Sena sever its decades-old ties with NDA? Can NCP convince Congress to come onboard? Will Congress shed its inhibitions to align with the ideology that Sena represents? The answers will define the new political equation in Maharashtra.

Indicating that his party would carry the Congress along, Malik also said the Sena would have to agree to a common minimum programme to get the support of the two “secular” parties.

“Before partnering or supporting the Sena, their leadership will have to spell out how it will be formed, the programmes of the government, and the agendas on which it would function. Without discussion and deciding these, no decision can be taken,” he said.

After the Governor’s invite to Sena’s legislative party leader, Eknath Shinde, senior leaders in the Congress and NCP went into a huddle to review the evolving situation.

The Congress high command, which had been hesitant to back a Sena-led government, has decided to rush senior leaders Madhusudan Mistry and M Veerappa Moily to Jaipur to interact with its newly elected MLAs. The party had shifted most of its 44 MLAs to the Buena Vista resort in Congress-ruled Rajasthan, after accusing the BJP of poaching.

Sources confirmed that a majority of the MLAs want the party to back a non-BJP formation in the state. Following a fresh round of deliberations with the MLAs, senior leaders are now expected to brief party chief Sonia Gandhi about the situation.

While the Congress leadership is wary of aligning with the Sena and the fallout on its support base at the national level, party MLAs have been pushing to back a formation that keeps the BJP away from power. During interactions with Kharge, sources said, some MLAs even wanted the party to join the government along with the Sena and NCP.

The Congress high command, too, wants the Sena to walk out of the NDA before any meaningful talks can be held. Some AICC leaders, however, are not convinced about the idea of having any tie-up with the Sena. Sonia Gandhi, too, is said to be not in favour of any such arrangement. Other options being considered are providing outside support to an NCP-Sena government or abstaining from voting in the event of a confidence vote.

Pawar was locked in discussions with senior party colleagues, including former minister Praful Patel, at his south Mumbai residence. Although he has maintained that the “Congress-NCP’s mandate is to sit in Opposition”, sources said the NCP chief is agreeable to partner with the Sena, and keen that the Congress formally joins the formation to make it more “stable”.

Asked about the possibility of a Sena-NCP-Congress formation, Pawar said: “I haven’t received any formal proposal from the Shiv Sena or the Congress.” Sources said Pawar and Sonia Gandhi might have a discussion regarding strategy on Monday.

(With Manoj C G in Delhi)

Health Minister seeks report
We and our partners use cookies on this site to improve our service, perform analytics, personalize advertising, measure advertising performance, and remember website preferences.Ok