According to district officials, they were able to catch up with the outbreak and get ahead by adopting an “evolving” strategy that included a tweaked quarantine protocol of up to 55 days, intensive sealing of local hotspots and aggressive home surveys. 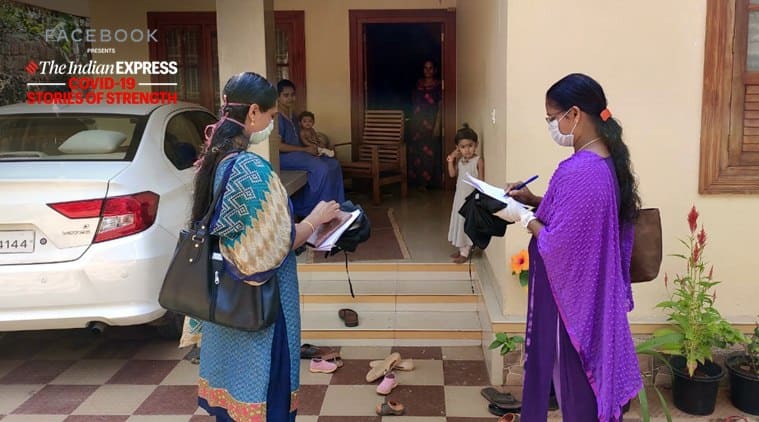 Officials in Kasaragod, the hotspot at Kerala’s northern tip that accounted for nearly 35 per cent of the state’s Covid count, with 178 of 512 cases, said Sunday that the district’s last positive patient has returned home after being cured.

“We have successfully completed the first phase. We were able to track all the cases. There was not a single case with missing links of infection. Due to a strong surveillance mechanism, we could limit the virus spread within the families of those with travel history,’’ Dr A T Manoj, the district surveillance officer, told The Indian Express.

“Now, we are geared up for the next stage, with the arrival of expats evacuated from abroad and those returning from hotspots in other parts of the country,” Manoj said.

According to district officials, they were able to catch up with the outbreak and get ahead by adopting an “evolving” strategy that included a tweaked quarantine protocol of up to 55 days, intensive sealing of local hotspots and aggressive home surveys.

Kasaragod initially had only one case with travel history from Wuhan, which was reported on February 3. And when the lockdown was imposed on March 24, the district had reported just six cases. But the second bout of infection, which began on March 17 mainly with the arrival of travellers from the Middle East, led to the district turning into Kerala’s Covid epicentre.

“A large number of regular commuters from the Gulf and Mumbai made the district a potential hotspot. But we had anticipated the threat. In fact, orders were issued that those who entered the district after February 20 should not attend any public function,” said District Collector Dr D Sajith Babu.

But with the spike in cases, the local administration ramped up its efforts. The district’s two government hospitals were converted into Covid centres and scores of health workers were drafted to prevent community spread. Besides, a medical college under construction was converted into another Covid centre within four days.

Apart from guidelines issued by the central and state governments, Kasaragod evolved its own protocol as the case count rose in March. Officials said their “containment strategy kept evolving”.

Days before the lockdown, all hotspots in the district were sealed. From March 17, the entry of vehicles from neighbouring districts was stopped. “This was a deterrent as many cases could also have entered the district through the 12 unmanned routes from Dakshina Kannada in Karnataka,’’ said Babu.

Then, a day before the Janata Curfew on March 22, prohibitory orders under section 144 of the CrPC was invoked in the district. Residents were allowed to come out only for six hours a day from 11 am to 5 pm, for buying essential commodities.

After the lockdown came into place, officials said, the sealing of hotspots was strengthened with police surveillance and involvement of local committees. In hotspots, no one was allowed to venture out of their homes, while police arranged supply of provisions with the help of volunteers.

District Medical Officer (DMO) Dr A V Ramdas said the district went a step ahead with the testing of asymptomatic persons as well. “There were door-to-door surveys by health workers. Those found with suspected symptoms were hospitalised. When the lockdown was implemented with strict police involvement, chances of contacts of positive cases mingling with a larger population became nil. We had only persons with travel history and their immediate primary contacts as cases,’’ said Ramdas.

Although guidelines mandated quarantine for those with foreign travel history or suspected exposure of 14 or 28 days, all those who returned to Kasaragod after February 20 were placed in home isolation till April 14, when the first phase of the lockdown ended. In effect, that stretched the quarantine in many cases to 55 days.

With densely populated municipality areas and coastal villages, and large families, even the concept of home quarantine was tweaked, said officials. “Room quarantine, not home quarantine” became the buzzword. And every day, village committees, with police and health staff, visited the homes of those under quarantine.

On Sunday, officials identified the last patient who was cured as a 47-year-old man who had returned from the Middle East. “We had a huge number of cases. But our community-level vigil prevented the spread,” said Ramdas, the DMO.