Led by Bollywood set decorator from Darbhanga Mukesh Sahani, the VIP came into being only two years ago, even though Sahani has been politically active since 2013. In the coming Bihar polls, where the BJP is seen as positioning itself to win more seats than its ally the JD(U), the party has left as many as 11 seats for the Vikassheel Insaan Party (VIP). This has left the BJP with 110 seats, against the JD(U)’s 115. The reason for the BJP’s accommodation of the political greenhorn is the votes the VIP commands.

Led by Bollywood set decorator from Darbhanga Mukesh Sahani, the VIP came into being only two years ago, even though Sahani has been politically active since 2013. Championing the cause of the Nishad (Mallah) caste bouquet — Sahani officially calls himself “Son of Mallah” — the party claims considerable influence among the boatmen and fishermen communities populating the riverine belts of North Bihar.

There is no recent official data to estimate the strength of Nishad votes in Bihar. The community has multiple subcastes and the VIP has often claimed a command over almost 10% of the votes. Estimates of various political parties, however, are 6-7%.

Still, in a closely fought election, the consolidation of such votes can significantly impact elections in certain constituencies. Nishad votes are said to be influential in regions such as Muzaffarpur, East Champaran, Madhubani, Khagaria, Vaishali and certain other North Bihar districts. In this belt, the vote share of Nishads is said to be more than 6%.

Nishad voters have traditionally aligned with social justice parties in the post-JP Movement era. Former Union Minister Captain Jai Narayan Prasad Nishad, who passed away in 2018, represented the Muzaffarpur constituency multiple times on RJD and JD(U) tickets before switching to the BJP. His son Ajay Nishad fought and won on a BJP ticket from the constituency in the 2019 polls.

Still, giving 11 seats to a party that had lost miserably in the 2019 polls as part of the Grand Alliance — the VIP had then contested Muzaffarpur, Khagaria and Madhubani — led by the RJD may appear ceding too much ground. Sahani had himself lost to the LJP’s Mehboob Ali Kaisar by a margin of 2.5 lakh votes from Khagaria. Despite the RJD’s vote bank behind him, Sahani had got only 27% of the votes — almost the same as the RJD when it fought on its own in 2014. 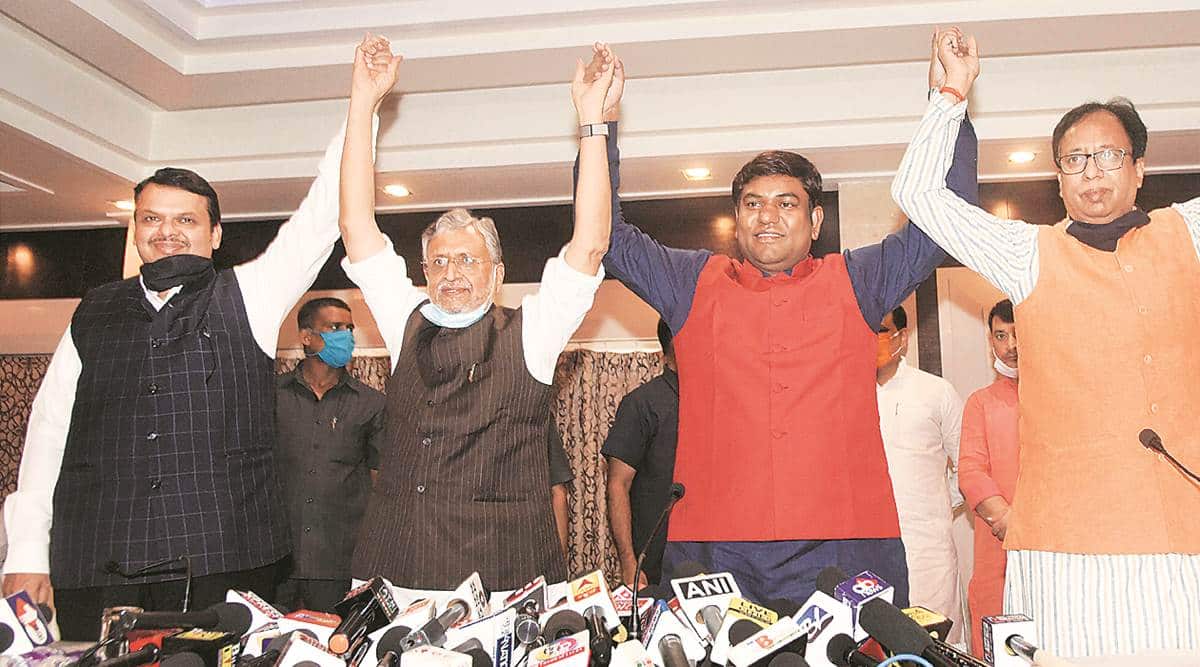 The 11 seats are also testament to Sahani’s skills as a negotiator, even while jumping ship to ship. Before the 2014 polls, he had rallied the support of Nishads behind Narendra Modi. However, after the BJP’s landslide victory, he had opened channels with Nitish, only to become the BJP’s “star campaigner” just before the 2015 Assembly elections. When the BJP lost the polls, Sahani had drifted again and, in 2019, a year after floating his own party, joined hands with the RJD. With his demand for 30 seats in the Assembly elections rejected by the RJD, he has found his way back to the BJP.

“We are looking at the VIP as a significant partner. It has considerable influence not just among Mallahs but also among some other extremely backward classes. In the rural belts of North Bihar, Mallahs are seen as an assertive caste. Politically unrepresented communities may associate themselves with a dynamic Mallah leader,” said a source close to the BJP’s Bihar in-charge Devendra Fadnavis.

Sources say the BJP’s indulgence of the VIP also has to do with sending a political message and expanding its social base in Bihar. The BJP has traditionally been identified as an upper caste party in the state. Under Amit Shah, the party has been trying to expand its social base by sharing political space with EBCs. It also cuts into Nitish’s carefully constituted vote bank of multiple non-Yadav backward classes and his own image of the undisputed leader of disparate EBCs, which has kept him in power for three terms.

At the press conference announcing the seat sharing deal with the VIP, senior BJP leader Sushil Modi underlined this: “The BJP has always respected people from Extremely Backward Classes… It was the NDA government that came up with 20% reservation for EBCs in panchayat polls and today over 1,600 mukhias in Bihar are from these classes.”

India-Germany flights resume after 3 weeks
We and our partners use cookies on this site to improve our service, perform analytics, personalize advertising, measure advertising performance, and remember website preferences.Ok