For financial institutions, it will be an opportunity to provide better lending options.

For instance, customers who pay their overdrafts on time will get access to more credit and probably at a cheaper rate. 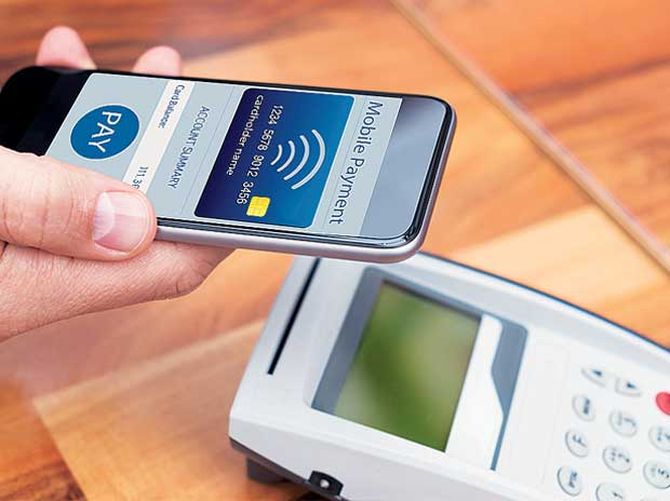 With the launch of the upgraded Unified Payments Interface (UPI), financial institutions such as banks and lenders are set to get access to a lot more consumer data, which is likely to boost consumer profiling and credit scoring in the future.

Experts said the new upgrade allows for features such as an overdraft credit line through the app, which will be useful in flow-based lending.

The UPI 2.0 was launched last week in Mumbai by RBI Governor Urjit Patel.

The updated payments system comes with new features such as the ability for people to link their overdraft accounts to the UPI app.

After linking, users can request instant credit from their banks, which will allow them to pay for their purchases directly through UPI.

For financial institutions, it will be an opportunity to provide better lending options.

For instance, customers who pay their overdrafts on time will get access to more credit and probably at a cheaper rate, said an executive at a top bank.

“A regular cash transaction has no record. However, if you initiate a transaction between two parties, buyer and merchant, with a technology layer in between (such as the UPI), it records data on both sides of the coin.

“Over a period of time, enough data can be aggregated to offer other services such as loans,” said Akhil Handa, head, fintech and new business initiatives, Bank of Baroda.

He said the customer’s ability to pay can be determined on the basis of regular payments made through UPI and their value.

Another banker said the credit culture will build credit behaviour.

“UPI is trying to bring the alternative credit scoring methods based on transaction data to the banking system and not just digital lending NBFCs,” said the banker.

This also ties in with the public credit registry that the RBI is soon going to set up with the help of financial institutions to build a customer’s 360-degree financial profile.

A source said data from UPI transactions — particularly credit — is likely to be ported to the PCR profile of the user.

Most banks allow overdraft facility to their regular savings account customers upon request but the UPI upgrade allows people to make the process easier since it can be requested through the app once the account is linked by the bank.

Even Jan Dhan bank accounts come with an overdraft facility of up to Rs 5,000 for all customers.

A private bank executive said UPI may not make banks a lot of money just yet due to limited merchant discount rate and lack of commercial uptake but it is making banks data rich.

“We continue to be the leaders in UPI revolution because even if we are facilitating transactions through other banks on our app, it gives us access to data,” he said.

Private banks, such as ICICI Bank, HDFC Bank and YES Bank, are among the top payment-service providers for UPI.

Transactions going through these banks provide lenders with a lot of customer data.

These details are fed in algorithms where banks are able to build customer profiles for those who already transact with the said bank.

“We know a lot about the transaction even if it doesn’t originate here.

“All this data is quite valuable to understand what a customer’s profile is like. Tomorrow, we could make decisions for providing micro-credit to MSMEs simply by looking at a merchant’s transaction flow,” said the private bank executive quoted above.

An industry document accessed by Business Standard also puts emphasis on credit as a “hook” for merchants to boost digital transactions.

It stated that if merchants know that they will be able to access credit if they push people to pay through UPI, digital transactions will get a boost.

A payments industry professional said private UPI app providers such as WhatsApp and PhonePe will be able to mine consumer data through the one-time mandate feature which comes with UPI 2.0.

The mandate feature allows for blocking of funds in the UPI account to be transferred at a later date or time when the transaction is completed.

Two biggest use cases of this feature are blocking funds while taking a cab ride or ordering something online and the funds are only released when the ride is completed or the goods are delivered.

The payments industry executive said that this is a source of new data points for digital lenders.

“Now, when you book an Uber and when your ride is completed, the UPI provider gets to know. They didn’t have this data earlier and over time, it can build an activity profile for a customer and they can push, say, an auto loan to you if you travel a lot by cabs,” he said.

PM Modi visited 58 countries since 2015: MEA
We and our partners use cookies on this site to improve our service, perform analytics, personalize advertising, measure advertising performance, and remember website preferences.Ok