On September 16, 2016, the Election Commission issued a notification making “provisions for furnishing photograph of candidate also with the nomination form, and for declaration regarding citizenship of candidate”. 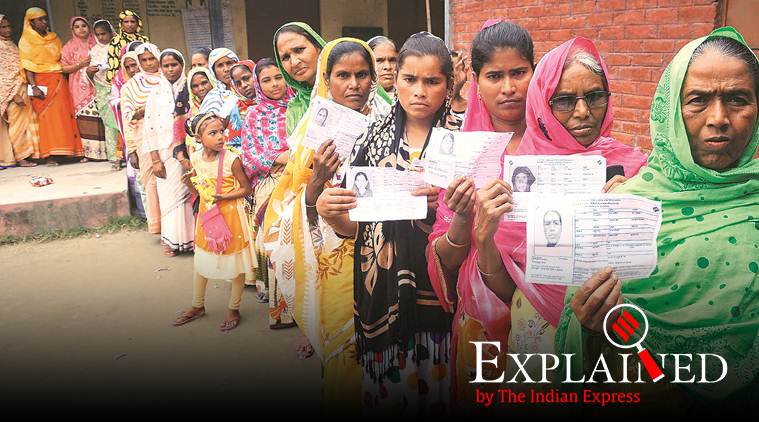 On February 11, a magistrate’s court in Mumbai ruled that an “election card or voting card” is “sufficient proof of citizenship”, and acquitted two individuals whom police had accused of being “Bangladeshi infiltrators”.

However, on February 12, a division bench of the High Court of Gauhati ruled in two separate cases that an Electoral Photo Identity Card (EPIC) was not conclusive proof of citizenship. The High Court reiterated the law laid down by the court in an earlier case, Md Babul Islam vs State of Assam [WP(C) No. 3547 of 2016], which “held that Electoral Photo Identity Card is not a proof of citizenship”.

The position taken by Additional Chief Metropolitan Magistrate A H Kashikar in Mumbai is the same as the one that the Election Commission of India had underlined in a unique case five years ago, when one Roshan Shah, a Canadian national who was originally from Gujarat, tried to stand for elections, in a bid to “test” election laws and rules.

That 2015 case resulted in the Election Commission amending Forms 2A to 2H to underline the direct link between the citizenship of a person and the electoral system, Nasim Zaidi, who was Chief Election Commissioner at the time, recalled.

On September 16, 2016, the Election Commission issued a notification making “provisions for furnishing photograph of candidate also with the nomination form, and for declaration regarding citizenship of candidate”. This resulted in Forms 2A to 2H being amended. It also underscored the link between the citizenship of a person and the electoral process, Election Commission officials said.

Also, Form 6 of the Registration of Electors’ Rules, 1960, under The Representation of the People Act, 1951, has an inbuilt declaration on citizenship from the voter in line with the Constitution — if a voter declares that s/he is a citizen, and this is accepted by the registration authority, s/he becomes an elector, thus establishing a direct link between being a citizen and having the right to vote.

To suggest that being on the voters’ list is not enough, and that those on it would have to still prove their citizenship, is fraught with complications and a circularity, said Prof Niraja Gopal Jayal, the author of Citizenship and its Discontents: An Indian History (2013), and a political scientist who has studied Indian citizenship at great length.

“If the Voter ID is of dubious authenticity, then clearly the status of those elected by dubious voters is also dubious. One is reminded of Bertolt Brecht’s lines: “Would it not be easier in that case for the government to dissolve the people and elect another?” Prof Jayal said.

The connection between being a citizen and the right to be on the voters’ list that Form 6 provides, was cited by Judge Kashikar in his order: “Even the election card can be said to be sufficient proof of citizenship as while applying for the election card or voting card, a person has to file declaration with the authority in view of form 6 of Peoples Representation Act to the authority that he is citizen of India and if the declaration is found false, he is liable for punishment. To my mind such declaration is sufficient to prove the citizenship unless contrary is proved by the prosecution.”

Several government officials said that this connection has been explicit ever since the Rules were put on the books six decades ago.

The Mumbai court said that “It is necessary to note that the Aadhar card, PAN card, driving license or ration card cannot be termed as the documents proving the citizenship of any person in a sufficient manner as [the] said documents are not meant for the purpose of citizenship.”

Following the passage of The Citizenship (Amendment) Act and the notification of the National Population Register, and after the controversial National Register of Citizens exercise was completed in Assam last year, the debate over what could be conclusive proof of being Indian, continues to rage.