Irani said that Congress is not sure of who is leading it whereas BJP, under the leadership of Prime Minister Narendra Modi is working to make the foundations of the nation strong. 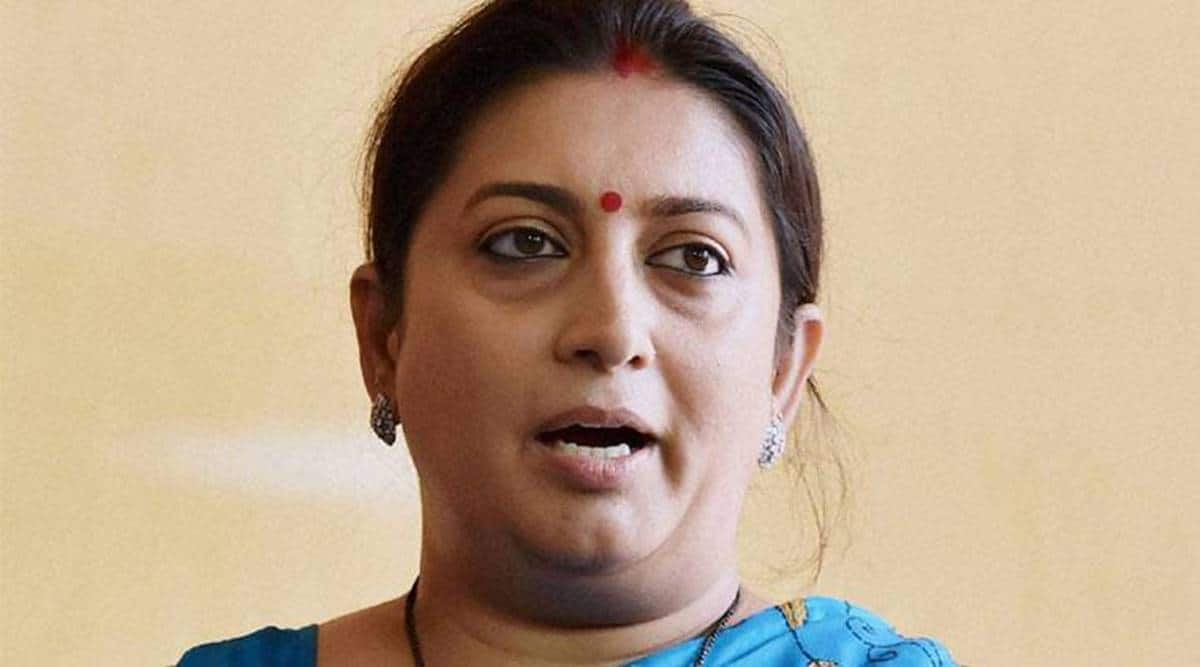 Union Minister Smriti Irani on Friday defended defections by five Congress MLAs to BJP in Gujarat by asking how can the Congress, which did not support abrogation of Article 370 of the Constitution, level allegations of ‘gaddari’ (cheating) against the five MLAs.

“I have heard that local Congress is spreading something like someone has deserted the party and that they have committed treason against the party. But these are the people who tried everything to compromise integrity of the country when BJP stated on the floor of Parliament that from Kashmir to Kanyakumari, the country would unit under one Flag, one Constitution. These are the people who asked on the floor of the Parliament if Constitution and Parliament gives you power to repeal Article 370. Will the people who couldn’t boycott the Article 370 will today deliver sermon on gaddari?” Irani asked while addressing an election meeting in support of BJP candidate Brijesh Merja in Morbi.

The Centre had abrogated Articles 370 and 35-A of the Constitution, which provided special status to Jammu and Kashmir, in August last year. Irani also reminded the meeting that Congress had also sought proof from the Army about airstrikes on Balakot in Pakistan Occupied Kashmir.

Merja and seven other Congress MLAs had resigned as legislators in the run up to the Rajya Sabha elections in Gujarat in June this year. Five of them, including Merja, have since defected to the BJP, which has given tickets to them to contest the bypolls warranted due to their resignations. Addressing a press conference in Morbi, a few days ago, Congress spokesperson Manish Doshi had stated that Merja had done gaddari with people of Morbi who elected him in 2017.

Irani said that Congress is not sure of who is leading it whereas BJP, under the leadership of Prime Minister Narendra Modi is working to make the foundations of the nation strong.

“I want to ask Congress to first decide as to how many leaders it has. Is it led by an individual or by a khandan (noble family)? If it is a khandan, in politics, such a party would not be able to understand hardships faced by the poor,” Irani said.

Enlisting the various schemes initiated by the Modi-led NDA government since its first term at the Centre in 2014, Irani said, “The Congress mocked him (the Prime Minister) for Jan Dhan bank accounts in 2014. Of the 40 crore bank accounts opened under Jan Dhan yojana, 20 crore were for sisters of this country and it was the lifeline for women during the Covid-19 pandemic.”

Speaking about the Swachch Bharat Abhiyan, Irani said, “Modiji’s government has given respect to women, who are representatives of Goddess Lakshmi who rides on the Kamal (lotus flower). Those leaders who were born with golden spoons in their mouth will never understand what humiliation women faced while defecating in the open, with cans of water in their hands. Modiji has made toilets for 11 crore families in the country, who were seeing a toilet for the first time.”

The Union Minister for Textile and Women and Child Development also said that Congress leader Rahul Gandhi was not able to deliver his promise of “freeing farmers from middlemen.” “It was Narendra Modi who freed farmers from the middlemen with the farm laws and it is the same Congress party that is protesting against it,” she said.