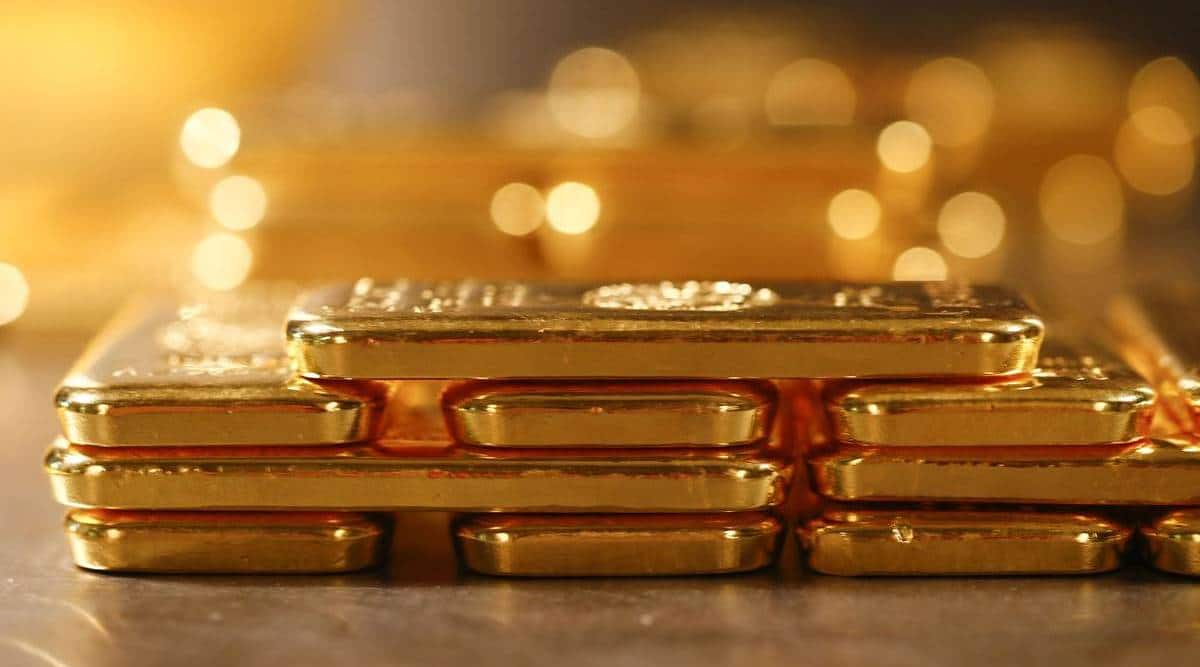 Gold fought for traction on Friday as a jump in US Treasury yields forced investors to reassess their positions again after a steep retreat from a record peak earlier this week, which put bullion on course for its first weekly fall since early June.

“Gold is coming under pressure due an uptick in US yields, which is causing a little bit of sell-off right now,” said Edward Meir, an analyst at ED&F Man Capital Markets.

Benchmark US 10-year yields are up nearly 15 basis points this week in the sharpest jump since early June, as the US Treasury flooded the market with supply.

Higher yields tend to lift the dollar and pressure the yellow metal, which costs to store and insure but does not pay interest.

Markets kept a wary eye on a stalemate in Washington over a new stimulus package, with key US-China trade talks on Aug. 15 also on the radar.

Gold has risen more than 28% this year, as unprecedented global stimulus to ease the economic blow from the pandemic pushed investors to bullion as a hedge against possible inflation and currency debasement.

“The longer-term uptrend is intact, given USD weakness and the scale of stimulus and as we expect interest rates to remain low or negative,” Standard Chartered analysts said in a note.

“Price dips are likely to be viewed as buying opportunities as the macro backdrop remains favourable for gold.”

For all the latest Business News, download Indian Express App.