A senior police official with the Gujarat DGP office also confirmed to The Indian Express that there will be prohibition across the state on public gathering during Ganesh Chaturthi. 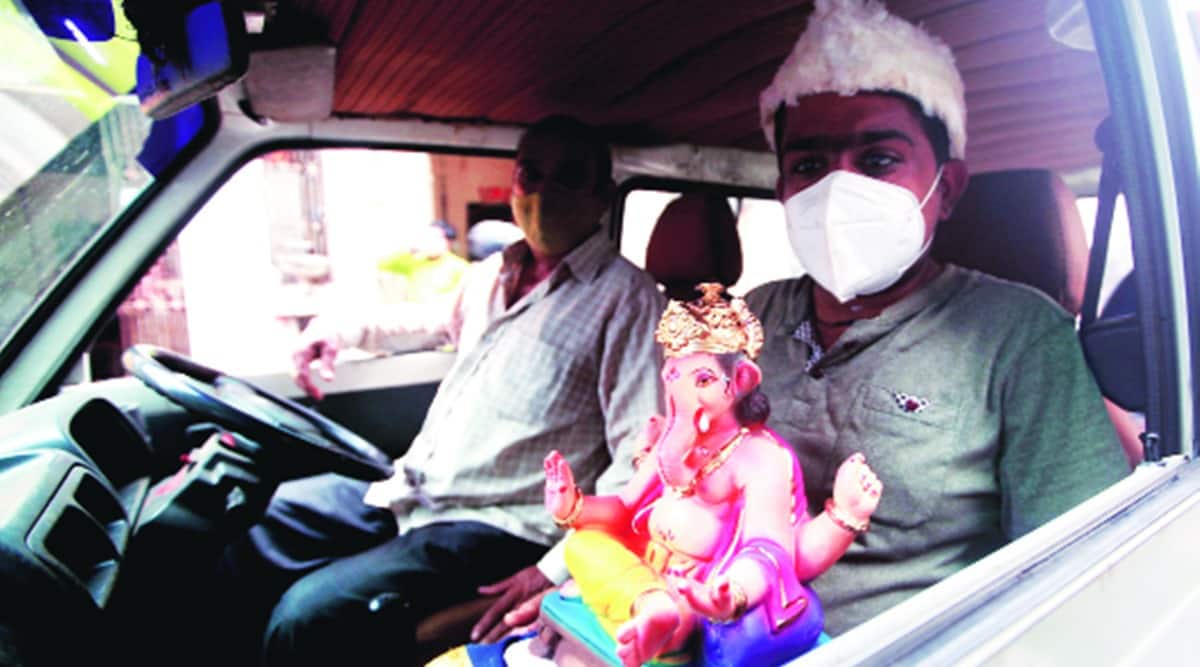 A day ahead of Ganesh Chaturthi festival, Gujarat Chief Minister Vijay Rupani urged people to celebrate the festival by placing Ganesha idols in their homes in the wake of Covid-19 pandemic even as Gujarat Police put prohibition on any public religious event or procession on the occasion.

According to Gujarat Police officials, there is a prohibition on any public gathering for idol establishing, processions including Shobha Yatra and Visarjan Yatra, religious or cultural programs, fairs and others at public places including societies and mohallas.

“I wish that Bhagwan Ganesh known as Vighnakarta to remove all the obstacles and hurdles including the spectre of novel coronavirus and make our lives strong, progressive, developed, happy and prosperous. I urge my fellow citizens to install eco-friendly idols of Ganesha at their homes for prayer and offerings and maintain social distancing and other protocols (sic),” read a statement from the office of Rupani.

In Ahmedabad, a notification issued by Ahmedabad city Police Commissioner Sanjay Srivastava on August 10 read, “The guidelines issued by the union government and Gujarat government regarding Disaster Management Amendment Act will be in place. All sorts of public religious, cultural, entertainment and educational programs with regard to the festival will be prohibited. There is prohibition on establishment of idols in public places including societies and mohallas by any committee and those who have established idols in their homes must do ‘visarjana’ in their homes only. No permission is needed for establishing idols by individuals in their personal manner and no permission will be given by police for any public ceremony including visarjan. Eldery citizens, pregnant women and children below the age of 10 are appealed to stay at homes unless necessary. All citizens will be wearing masks and maintain social distancing of two feet at public places. Any police officials from the level of unarmed head constable of Ahmedabad city police can book violators of the order under Indian Penal Code Section 188 for disobedience (sic).”

A senior police official with the Gujarat DGP office also confirmed to The Indian Express that there will be prohibition across the state on public gathering during Ganesh Chaturthi.