As the remarks drew all-round condemnation, the BJP distanced itself with Union Minister and BJP leader Babul Supriyo saying Dilip Ghosh’s remarks were against the stand of the party and a “figment of his imagination”. 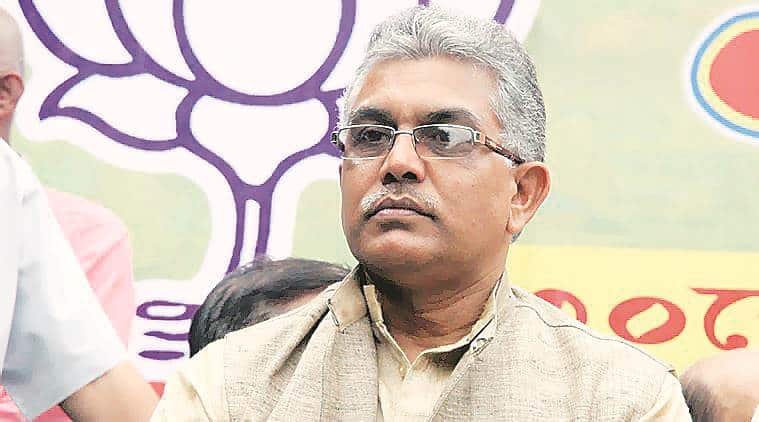 At least two FIRs have been filed against West Bengal BJP chief Dilip Ghosh over his controversial statement suggesting that anti-Citizenship (Amendment) Act protesters were “shot like dogs, dragged them away and even slapped cases” by “our governments” in Assam, UP and Karnataka.

“We received a complaint against Dilip Ghosh on the basis of which a case has been initiated. The investigation is on,” a senior cop told The Indian Express. While the first FIR was filed at Ranaghat police station on the basis of a local TMC leader, another one has been filed at Habra.

“His comments were instigating in nature and we suspect that his people might get instigated and may react violently against others,” said senior TMC leader and state food supplies minister Jyotipriyo Mullick.

On Sunday, while addressing a rally in support of the CAA at Ranaghat in Nadia, Ghosh, speaking in Bengali, said: “In states like Assam, Uttar Pradesh and Karnataka, our governments shot them like dogs, dragged them away and even slapped cases. You will come here, eat here and destroy government property here? Is this someone’s zamindari? We will hit you with lathis, shoot you and put you in jail. That is what our government did.”

As the remarks drew all-round condemnation, the BJP distanced itself with Union Minister and BJP leader Babul Supriyo saying Ghosh’s remarks were against the stand of the party and a “figment of his imagination”. He said it was “very irresponsible” of Ghosh to have said what he did.

But Ghosh was unapologetic. “Anyone can say what he wants. But our governments did it and I said it. Given a chance, we will do the same here,” he had told reporters in Kolkata.