What do the WHO Solidarity trial data say about the effectiveness of remdesivir? What is the drugmaker’s retort, and what does this mean for the treatment line for Covid-19? The World Health Organisation’s (WHO’s) Solidarity Trial’s pre-print findings on repurposed antivirals have said that remdesivir is ineffective in reducing Covid-19 deaths. Gilead Sciences, the American biopharmaceutical company that has developed and patented remdesivir, has hit back at the findings, which could also impact India.

‘Repurposing’, or ‘repositioning’, of drugs implies an attempt to put ‘old’ drugs that are already licensed, to new therapeutic uses.

What is the WHO Solidarity Trial and what were its findings?

The Solidarity Trial is a global human trial launched by WHO and its partners earlier this year in a bid to help find an “effective” treatment for Covid-19. The findings made public late on Thursday were a result of mortality trials of four re-purposed antiviral drugs — remdesivir, hydroxychloroquine, lopinavir and interferon.

All these drugs appeared to have “little or no effect on hospitalised Covid-19, as indicated by overall mortality, initiation of ventilation and duration of hospital stay”, the paper said.

“The mortality findings contain most of the randomized evidence on remdesivir and interferon, and are consistent with meta-analyses of mortality in all major trials.”

What is Gilead saying on the Solidarity trial data?

Gilead has said the emerging data “appear inconsistent” with the “more robust” evidence from “multiple” other studies on remdesivir’s clinical benefits that have been published in peer-reviewed journals.

“We are concerned that the data from this open-label global trial have not undergone the rigorous review required to allow for constructive scientific discussion, particularly given the limitations of the trial design,” stated the firm in a statement late on Thursday.

“The (Solidarity) trial design prioritized broad access, resulting in significant heterogeneity in trial adoption, implementation, controls and patient populations and consequently, it is unclear if any conclusive findings can be drawn from the study results,” said Gilead, which markets remdesivir under the brand name Veklury. 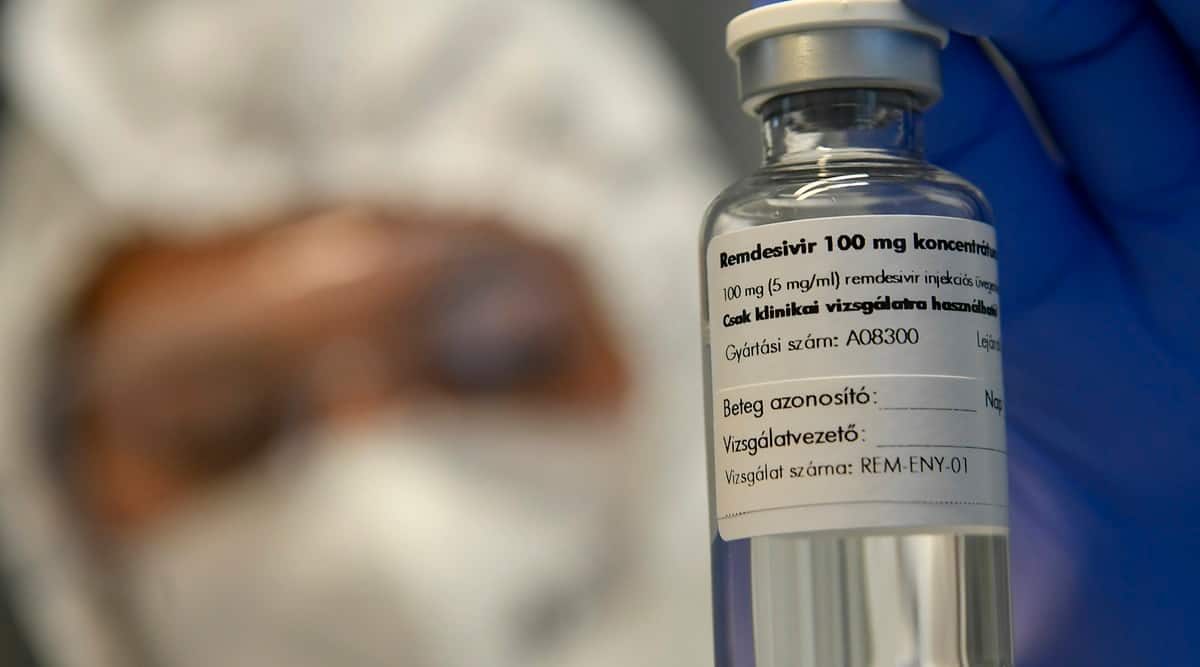 According to Gilead, at least three randomised, controlled clinical trials have demonstrated the “benefits” of Veklury, including a trial using a “gold standard” design for evaluating the efficacy and safety of investigational drugs.

What is at stake for India in this disagreement?

The Solidarity trial findings, if accepted globally, could have an impact on India as well.

More than five drugmakers here, including Dr Reddy’s Laboratories, Cipla, and Hetero Healthcare, have signed agreements with Gilead to produce and supply generic versions of the patented drug in India as well as in several low- and middle-income countries. Some of these companies began launching their brands in July.

The size of the remdesivir market in India was pegged at around Rs 121.29 crore in the twelve months ended September, according to estimates by pharmaceutical market research firm AIOCD Awacs PharmaTrac. However, these calculations were made using data available for only four of the several remdesivir brands — Desrem (Mylan), Remdac (Zydus Cadila), Cipremi (Cipla) and Covifor (Hetero) — which means the size of the market may actually be much bigger.

With several brands hitting the market in the last few months, sales of the drug in India have risen substantially. Even PharmaTrac’s data show sales increasing nearly 96 per cent between July and September for these four brands together.

Lauren Caldwell Ditches the Duggars, Gets Engaged to a Normal Person!

After Fadnavis says MVA govt inefficient, Thackeray hits back: ‘prioritise state crisis’
We and our partners use cookies on this site to improve our service, perform analytics, personalize advertising, measure advertising performance, and remember website preferences.Ok