Twenty-five years later, the landmark interview which aired on BBC’s Panorama programme, is under scrutiny as the journalist and interviewer, Martin Bashir, faces charges of having secured the interview through unethical means. 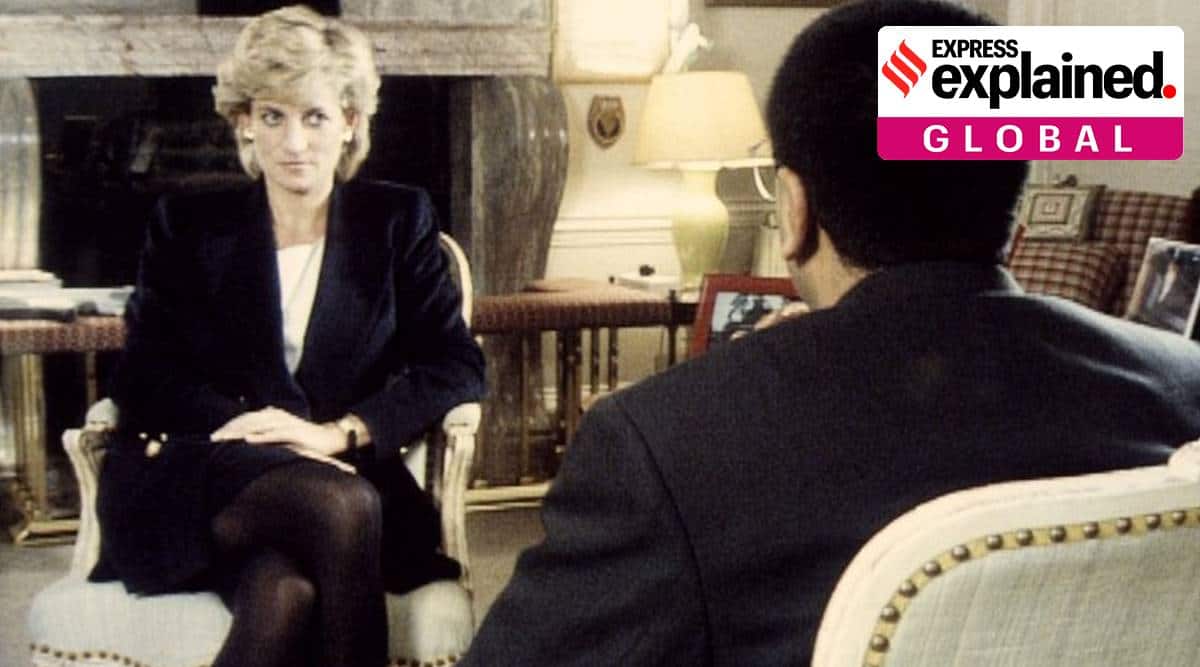 When it first aired on November 20, 1995, the British media described the interview of Princess Diana to the BBC as one that “plunged the monarchy into the greatest crisis since the Abdication”, referring to King Edward VIII abandoning his throne in 1936 to marry an American divorcee. The princess of Wales’ first solo interview in which she bared her heart about her marriage and relationship with the royal family was watched by an estimated 23 million people and was called the ‘scoop of the century’.

Twenty-five years later, the landmark interview which aired on BBC’s Panorama programme, is under scrutiny as the journalist and interviewer, Martin Bashir, faces charges of having secured the interview through unethical means. On Wednesday, the BBC announced an investigation and promised to get to the truth about how it got the interview with Princess Diana. The decision comes after allegations made by Diana’s brother Charles Spencer. The corporation has approved the appointment of former Supreme Court judge John Dyson to lead the probe.

What happened in the Panorama interview of 1995?

The 55-minute session began with Bashir asking Diana how prepared she was for the pressures that came with marrying into the royal family. A strained looking Diana, then 34-year-old, poured her heart out about the disappointments with her marriage. “Well, there were three of us in the marriage, so it was a bit crowded,” she had famously said in the interview with regard to Charles’ affair with Camilla Parker Bowles, to which he had admitted publicly the previous year. In the interview she also admitted to having been unfaithful to Charles in a five-year long affair with cavalry officer James Hewitt.

Don’t miss from Explained | The enduring appeal of Diana, the ‘People’s Princess’

Diana also spoke about having suffered from postnatal depression after the birth of Prince William, and that she even tried injuring herself during the period. Upon being asked what impact the depression had on her marriage, she responded, “it gave everybody a wonderful new label – Diana’s unstable and Diana’s mentally unbalanced. And unfortunately that seems to have stuck on and off over the years.” Following her depression she also spoke about suffering from bulimia.

She spoke at length about the impact that excessive media interest in everything she did had on her mental health and marriage, and how she was never given credit for anything good she did. “Anything good I ever did, nobody ever said a thing, never said, `well done’, or `was it OK?’ But if I tripped up, which invariably I did, because I was new at the game, a ton of bricks came down on me,” she had said.

At the time the interview was aired, the couple had already been living separately for three years. Towards the end of the session Bashir asked Diana why she chose to give him this interview, to which she replied, “Because we will have been separated three years this December, and the perception that has been given of me for the last three years has been very confusing, turbulent, and in some areas I’m sure many, many people doubt me.”

On being reminded that it might come across as her trying to get back at her husband, she responded that she has no resentment and that she hopes to have a future for herself and her husband and the monarchy. 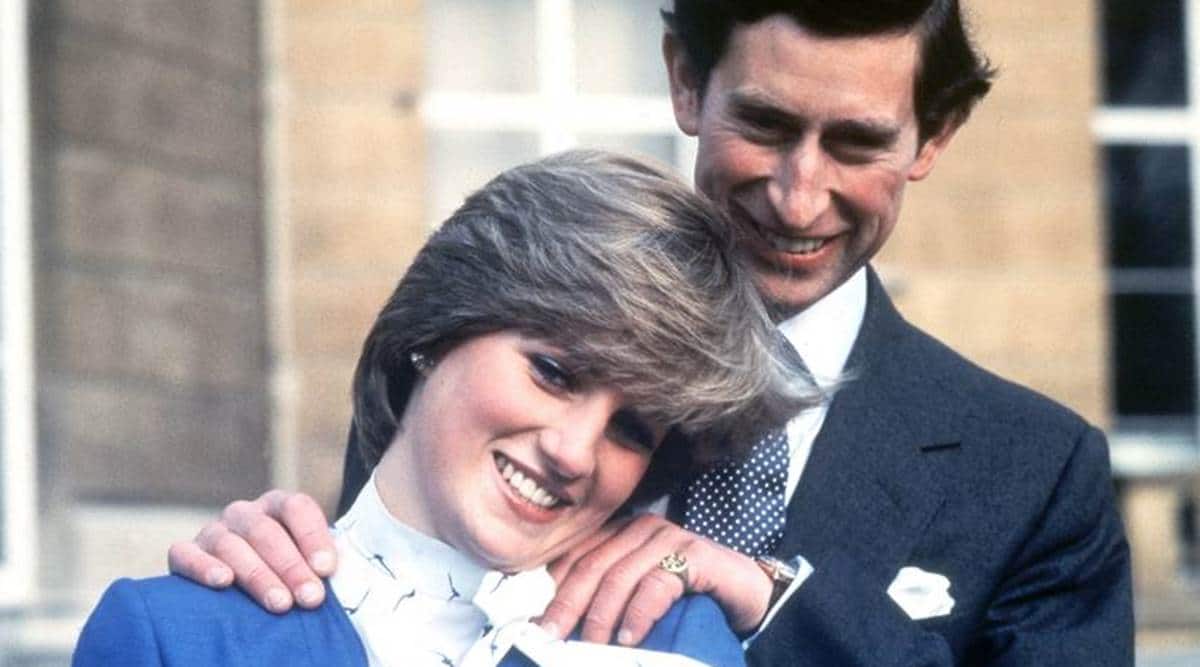 The explosive interview had left the Queen seething with anger. Within a month, Diana’s press secretary had resigned and the Queen had sent her and Charles a letter urging them to agree to an early divorce.

What are the allegations against BBC regarding the interview?

Fresh questions about how the interview was secured arose earlier this month when a two-part documentary aired on British network ITV claimed that Bashir had used dishonest tactics to persuade Diana into giving the interview. The documentary titled, ‘The Diana interview: Revenge of a princess’, carries a testament of the Panorama interview’s graphic designer Matt Wiessler who claimed that he was asked by Bashir to mock up bank statements that showed royal employees close to the princess were being paid to spy on her. This was done in order to win the trust of the princess.

Diana feared she was being spied on by the MI5 and the fake bank statements, purportedly showing payments of £10,500 to the former head of security for Earl Spencer from a publisher, was aimed at exploiting these insecurities.

Allegations of impropriety had arisen at the time of airing the interview itself, and Bashir had reportedly gone into hiding the weekend it was aired. The BBC carried out an investigation into the allegations in 1996 and Bashir was cleared of all charges by the then news chief, Tony Hall. 📣 Express Explained is now on Telegram

Earlier this month, Diana’s brother wrote a letter to Tim Davie, the current director-general of the BBC, asking for an independent inquiry. “I am not formally asking the BBC to open an inquiry into this matter; and I hope it will get to the bottom of key questions: Why did Tony Hall’s inquiry not seek the truth from me? Why did it bend over backwards to whitewash Bashir? Who else knew the extent of his yellow journalism when securing what Hall calls ‘the interview of the decade…or of the generation?,” he wrote.

In the letter, Spencer wrote that had it not been for those bank statements, he would not have introduced Bashir to his sister. As per a report produced by the Daily Mail, Spencer has also produced evidence of a letter written to him by Bashir in which the journalist further pressures him and Diana to cooperate by referencing false rumours about her children’s nanny having ‘recurring intimacy’ with a ‘particular individual’.

Following the allegations, Davie said, “The BBC is determined to get to the truth about these events and that is why we have commissioned an independent investigation.”

The investigation would seek to answer questions on what steps the BBC and Bashir took to obtain the interview and whether they were in line with the BBC’s editorial standards of the time, to what extent did the actions of Bashir influence Diana’s decision, what knowledge did the BBC have in 1995 and 1996 about the forged bank statements and how effectively had the BBC investigated the circumstances leading to the interview.

Bashir (57) is currently the religion editor of BBC news. He has not yet responded to Spencer’s allegations since he is recovering from a heart surgery and complications from COVID-19.

Consistent efforts have seen a declining trend in COVID-19 infections: Delhi government to Supreme Court
We and our partners use cookies on this site to improve our service, perform analytics, personalize advertising, measure advertising performance, and remember website preferences.Ok