When the Covid-19 lockdown was announced, the government had instructed GCMMF and its 18 member unions to buy milk from desperate private milk producers who were unable to sell. This had led to 15 per cent increase in milk procurement by GCMMF. 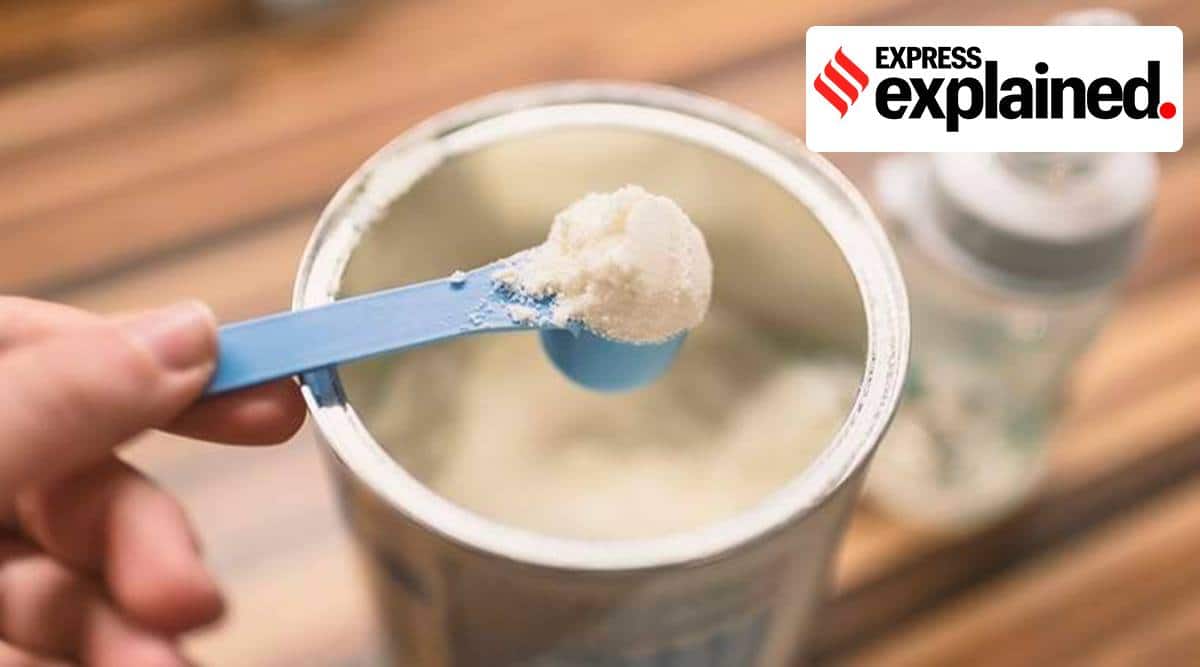 Milk cooperatives in Gujarat are of late finding it difficult to sell the 90,000 metric tonnes of skimmed milk powder worth Rs 1,850 crore it has in stock. On October 13, the state government came forward to offer an export assistance of Rs 150 crore which will provide Rs 50 for every kilogram of milk powder exported by the cooperatives under the Gujarat Cooperative Milk Marketing Federation (GCMMF) which sells milk and milk products under the Amul brand.

How did the milk cooperatives in Gujarat end up with such a larger stock of skimmed milk powder?

When the Covid-19 lockdown was announced, the government had instructed GCMMF and its 18 member unions to buy milk from desperate private milk producers who were unable to sell. This had led to 15 per cent increase in milk procurement by GCMMF. “During the lockdown period, on the instructions of the government, we had purchased 35-40 lakh litres of additional milk on a daily basis. Of the 90,000 metric tonnes excess stock of milk powder we have, 50,000 metric tonne is from the Covid lockdown period,” said RS Sodhi, the managing director of GCMMF. Secondly, due to Covid, the consumption of milk and milk products was less, as the hotels and restaurants were closed. There were hardly any weddings and milk demand during the festivals, even for desserts, was low.

Every 10 litres of excess milk collected by the cooperatives during this period, got converted into one kilogram of milk powder.

Why is export seen as a solution to tackle the existing stock of milk powder?

According to Sodhi, once the surplus quantity of milk powder gets exported, the remaining stock will fetch a good price. “Moreover, despite the low prices, 60,000-70,000 metric tonne of milk powder gets sold every month in the international markets. Selling is not a problem,” says Sodhi.

What will happen if the milk powder continues to be sold at the existing prices?

The cost of manufacturing milk powder is Rs 250-260 per kilogram. If GCMMF sells now, the milk cooperatives —-which are powerful bodies headed mostly by BJP leaders —- will book a loss, as the domestic prices of milk powder is Rs 160-170 and the prices in the international market is around Rs 190 for a kilogram.

To counter this loss, the milk cooperatives will have to reduce the prices of milk in the upcoming festive season. If GCMMF did not export now it would have to reduce the milk prices by Rs 4-5 per litre in Gujarat. But with the state government stepping in this can be averted.This move to provide export assistance is important as in the coming winter months, the market will be flush with more milk. Production is expected to increase from the present 200 lakh litres per day to 250 lakh litres per day during winters. “The prices of skimmed milk powder decides the farm gate prices. Any drop in milk prices will have a direct effect on the farmers from whom we buy milk,” explains Sodhi.

How has the prices of milk behaved in Gujarat in the last five years?

What is the quantum of milk powder exports that GCMMF is targeting?

This year, GCMMF is targeting to export 50,000 metric tonnes of milk powder. Last year, due to poor demand only 12,000 metric tonne got exported. Milk powder from the state is exported to 50 different countries, most to the middle-east, Africa, south-east Asian nations and even to our neighbours including Afghanistan, Bangladesh and Pakistan. GCMMF is optimistic about sales as it is in winters most countries stock up milk powder which helps them see through the summer months when the milk production dips even in Gujarat. In the domestic market, the demand for milk powder picks up only around April when ice cream and biscuit manufacturers buy milk powder in large quantities to tide over the milk shortage.

The assistance being provided by the state government for exports begins in November and will continue for six months till April 2021.

A similar glut of milk powder happened in 2018. What steps were taken then?

“The government had promised to provide an export assistance of Rs 300 crore. We had managed to export 30,000 metric tonnes and had used up an assistance of Rs 140 crore. During that year, the domestic price of skimmed milk powder was Rs 135-145 per kilogram. As soon as we started exporting, the domestic prices increased to Rs 300 per kilogram. The move also had a ripple effect in prices of milk in other states. For instance in Maharashtra, farmers who were earning just Rs 18 per litre of milk, started getting Rs 22 per litre. The move also led to increase in prices of milk in Maharashtra, Uttar Pradesh, Punjab, Haryana and Rajasthan by Rs 8-10 per litre… It is a smart move by the state government, where the Return on investment will be more than 20 times,” Sodhi said.