Nearly 200 leaders will take part in the 74th U.N. General Assembly beginning Monday, for five days of speeches, hundreds of meetings — and clashes over climate change, Iran and trade The annual United Nations General Assembly will unfold this week against a backdrop of crises — from the warming planet to economic uncertainty to flaring conflicts that threaten to further entangle the United States in the volatile Middle East.

Trade wars, migration, energy supplies, climate change and the eradication of poverty underpin the basic themes of the 193-member General Assembly agenda. But the actions of the Trump administration, which has sometimes expressed disdain for international institutions like the United Nations, have created a common denominator.

“All of the major topics that I think people will be talking about in the corridors are related to: What is U.S. policy?” said Jeffrey D. Feltman, a veteran U.S. diplomat and former U.N. undersecretary-general for political affairs.

Some leaders are not coming, notably Presidents Xi Jinping of China and Vladimir Putin of Russia, as well as Benjamin Netanyahu, the embattled prime minister of Israel. Also not expected is President Nicolás Maduro of Venezuela, regarded by the Trump administration and about 50 other governments as an illegitimate leader.

But one prominent figure, President Volodymyr Zelenskiy of Ukraine, will attend. The Ukrainian leader plans to meet with President Donald Trump amid growing concerns that Trump had pressured him over U.S. domestic political issues.

There’s also the question of what governments, especially that of Pakistan, might say about India’s ending of the autonomous status of contested Kashmir. On Sunday, Trump appeared with Prime Minister Narendra Modi of India in Houston at a rally called “Howdy, Modi!”

Some of the biggest moments and confrontations could happen early in the week. Here is what to expect: 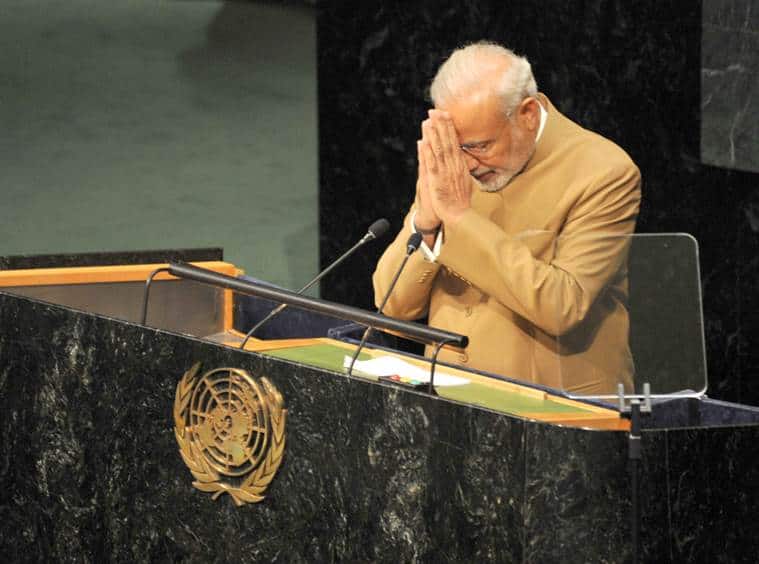 Trump, whose penchant for bombast, scaremongering and diplomatic bombshells is well known, will be surrounded by like-minded company on Tuesday when the speeches begin.

Trump will be preceded by President Jair M. Bolsonaro of Brazil, sometimes called the mini-Trump, a polarizing figure at home who, like Trump, dismisses fears about climate change and ridicules critics on Twitter.

After Trump comes President Abdel-Fattah el-Sissi of Egypt, the former general who has come to symbolize the repression of the Arab Spring revolutions — although his appearance was thrown into doubt this past weekend as protests erupted at home. Then comes President Recep Tayyip Erdogan of Turkey, an autocrat who has bullied critics and whose government is a leading jailer of journalists.

US and Saudi Arabia Will Press Their Case Against Iran

Until recently, speculation abounded that Trump would make history by meeting with President Hassan Rouhani of Iran. But the Sept. 14 attack on oil facilities in Saudi Arabia, which U.S. and Saudi officials blame on Iran, has made such a meeting unlikely at best.

U.S. officials are expected to present what they have described as evidence that Iran carried out the attack with drones and cruise missiles. Iran has denied the accusation. Yemen’s Houthi rebels, who are supported by Iran in their fight against a Saudi-led coalition that has been bombing their country for more than four years, have claimed responsibility.

Rouhani speaks on Wednesday, and he will almost certainly assert that Trump ignited the cycle of conflict by withdrawing last year from the 2015 nuclear agreement with major powers and reimposing onerous sanctions that are crippling its economy.

The United States is trying to build a coalition to deter Iran, even if it is unclear what form such deterrence would take. The General Assembly gives the administration an opportunity to “continue to slow walk a military response in favor of more coalition-building and political and economic pressure,” said Aaron David Miller, a senior fellow at the Carnegie Endowment for International Peace. At a Climate Change Meeting, US Leadership Will Be Absent

The climate crisis is at the top of the General Assembly’s agenda. About 60 heads of state plan to speak at the Climate Action Summit on Monday, and officials aim to announce initiatives that include net-zero carbon emissions in buildings.

The United States has no such plans — Trump announced in 2017 that he was withdrawing the country from the Paris Agreement on climate change. But some state governors who have formed the U.S. Climate Alliance said they would attend the summit and meet with other delegations.

US and China Will Talk

Treasury Secretary Steven Mnuchin was expected to meet with his Chinese counterparts on the sidelines, suggesting that the administration was seeking to create a more productive atmosphere for resumed trade negotiations after weeks of acrimony. The two governments recently paused their escalating tariff battle.

But some administration officials are pushing for Trump to address other issues considered sensitive by China, including the pro-democracy protests in Hong Kong, the repression of Tibetans and the detentions of more than 1 million Muslims, mostly ethnic Uighurs. One official said Trump should at least criticize China for trying to intimidate Uighur-American activists.

Trump has never spoken strongly about human rights, and he has openly expressed admiration for Xi and other authoritarian leaders. But lawmakers in both parties of Congress are pressuring Trump to act. Bills on the Uighurs, Tibet and Hong Kong are aimed at compelling Trump and the administration to take harder stands.

Last, But Not Least — Afghanistan

Someone has to speak last in the list of national delegations addressing the General Assembly. This year, that place falls to Afghanistan, just a few weeks after the collapse of talks between the Taliban and the United States that were aimed at ending the 18-year-old war.

With national elections slated for next Saturday, President Ashraf Ghani was not expected to attend. Instead, Afghanistan’s delegation will be led by Hamdullah Mohib, Ashraf’s national security adviser.

Mohib infuriated the Trump administration in March, when he predicted the peace talks would not end in peace.