Digitisation makes it possible and it can be discontinued when pandemic ends, argue Rohini Nilekani, Gaurav Gupta and Roopa Kudva. 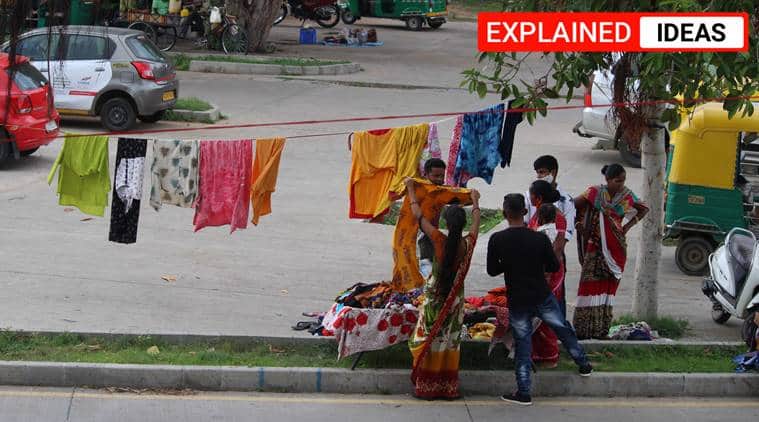 In an opinion piece, Rohini Nilekani (a philanthropist and chairperson, Arghyam), Gaurav Gupta (partner and Asia director, Dalberg Advisors) and Roopa Kudva (managing director, Omidyar Network India) talk about a multi-round survey of 47,000 households, mostly below the poverty line, across 15 states they commissioned. The surveys explore whether government’s Covid relief schemes have been working as intended, who is missing out and what more is needed.

“Our data revealed the immediate, and likely long-lasting, nature of the economic shock. Primary income earners in two- thirds of the households have lost their jobs or wages. The average family has lost more than 60 per cent of its pre-crisis income and is now making just Rs 4,000/month. Twenty four per cent of low-income households have run out of money and supplies. Forty per cent families are in debt. In some states, as many as one in five primary income earners do not expect to find work in the near future,” they write.

In their piece, they argue in favour of a universal benefits regime which can be discontinued when the pandemic ends.

Also from Explained Ideas | How to digitise the Indian state

“Digitisation has created efficiencies that can be leveraged to expand the welfare net. The vast amount of leakage in the welfare system was not due to fraud by citizens, but because of fraud and inefficiency by those delivering the benefits,” they write.

The credit goes to successive governments.

“Successive governments should be applauded for the steep reduction in such problems. Implementing the JAM trinity has helped lower transaction costs, reduce leakages and reach beneficiaries quickly. Aadhaar can prevent identity frauds. Our sophisticated payments infrastructure enables direct benefit transfers. The speed at which MGNREGA payments are made to beneficiaries has improved more than threefold since 2015. Pilots for the One Nation-One Ration Card project have shown that inter-state portability is possible,” they state.

They conclude by stating: “We are in a marathon when it comes to this pandemic. People will need support for longer than anticipated. During a crisis, the emphasis needs to be on including those who really deserve the help rather than making sure the wrong people are kept out. It’s precisely because the current systems are largely working that we can contemplate a universal benefits approach. This approach can be discontinued once the pandemic ends and the economic shocks abate”.