Krishnamachari Srikkanth was the chief selector in 2012, but his colleague in the selection committee, former India batsman Mohinder Amarnath, was said to have floated the idea of a captaincy change. 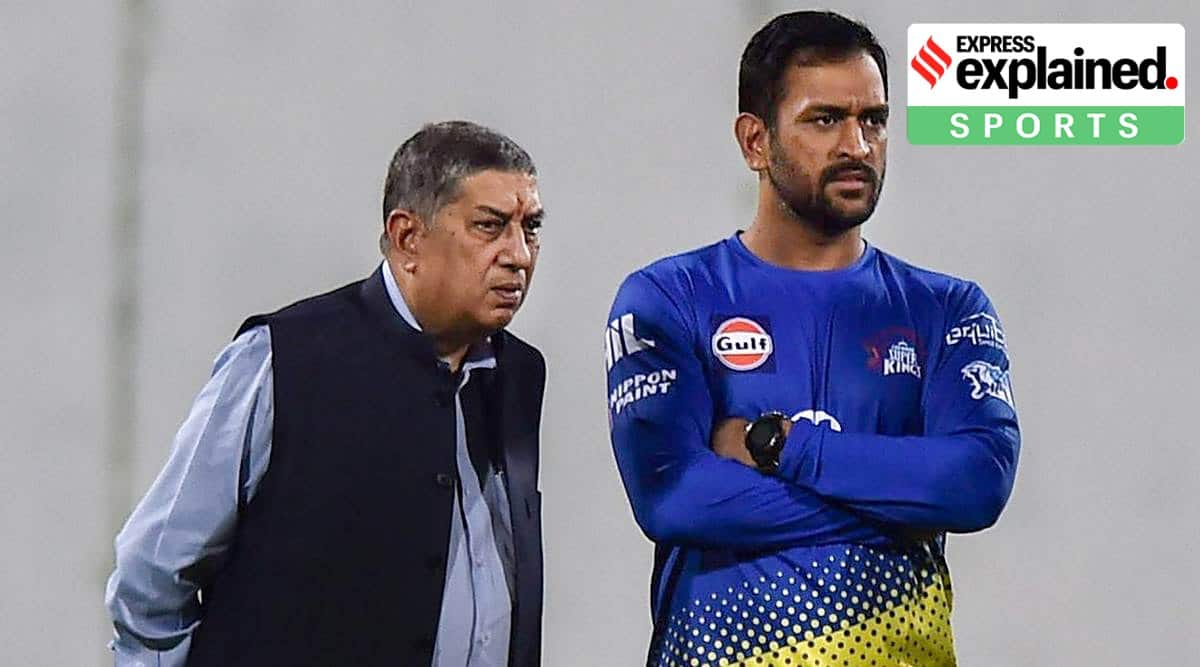 Former BCCI president N Srinivasan has revealed to The Indian Express how he exercised his authority as the Board president to retain M S Dhoni as India’s ODI captain in 2011-12, when the then selection committee had decided to remove him.

Dhoni announced his international retirement on Saturday, sauntering into the sunset as India’s most successful captain in the shorter formats, with the World Cup, the ICC Champions Trophy and World T20 titles in his bag.

What was the backdrop of that selection meeting?

In April 2011, Dhoni led India to World Cup glory. But in the subsequent season, as India played away Tests in England and Australia, the team performed badly. They lost 0-4 in England, followed by another 0-4 whitewash in Australia.

Krishnamachari Srikkanth was the chief selector then, but his colleague in the selection committee, former India batsman Mohinder Amarnath, was said to have floated the idea of a captaincy change.

Why was Dhoni under pressure?

In the previous season, India rose to No. 1 in the ICC Test rankings, but it was an ageing side and away from home, in swinging and seaming conditions, the team struggled badly. Some of the Tests ended in a little over nine sessions. Dhoni’s captaincy looked uncertain. At times, India failed to seize the moment.

As a batsman though, Dhoni didn’t do badly in the Tests in England, where he scored two half-centuries. In the ODI series in England, he was India’s highest run-getter — 236 at an average of 78.

In Australia, India once again suffered heavy defeats in all four Tests and this time, Dhoni wasn’t successful with the bat either, averaging 20. The selection committee felt that a change of guard was necessary, but as Srinivasan said, they didn’t have a backup ready.

“They (selectors) had not even thought of who would be his replacement,” Srinivasan told this paper.

So what happened in the lead-up to the ODI team selection meeting?

A triangular ODI series followed the Tests in Australia. Before the formal meeting, the selectors met informally, and they even discussed Dhoni’s place in the side.

“There was a discussion and then I said there was no way in which he would not be a player,” Srinivasan said.

And what happened at the meeting?

The selectors picked Dhoni in the team but they didn’t pick a captain. Srinivasan recounted that he got a call from then BCCI secretary Sanjay Jagdale, informing him that the selectors were “refusing to choose the captain”. Srinivasan was playing golf at that time. He rushed to the meeting and exercised his authority as the BCCI president to retain Dhoni as ODI captain.

What was Srinivasan’s argument?

That the selectors could not remove Dhoni as ODI captain based on India’s performance in Tests. Only a few months previously, Dhoni had led the team to a World Cup triumph, and he could not have become a bad captain overnight.

“The point is, how do you remove him as the ODI captain? He had won the World Cup (just a few months ago),” Srinivasan told The Indian Express.

Was Srinivasan empowered to veto the selectors?

Does the BCCI president still have veto power on selection matters?

No. The Justice Lodha reforms have changed that. The new BCCI constitution, approved by the Supreme Court, states: “The management of cricketing matters such as selections, coaching and evaluation of team performance shall be exclusively handled by the Cricket Committees (selection committee in case of team selection) comprising only of Players…”

Was Srinivasan’s decision to retain Dhoni as skipper vindicated?

The process of phasing out the old guard started after the Australia tour. But it took time for India to regroup. Under Dhoni’s captaincy, India lost a home Test series against England in 2012. However, as youngsters like Shikhar Dhawan were drafted in, India bounced back to clean-sweep Australia in the home Test series in 2013. A few months later, they won the Champions Trophy in England.