According to the State Finance Department, the new excise policy will help the state earn Rs 20,000 crore per annum revenue. 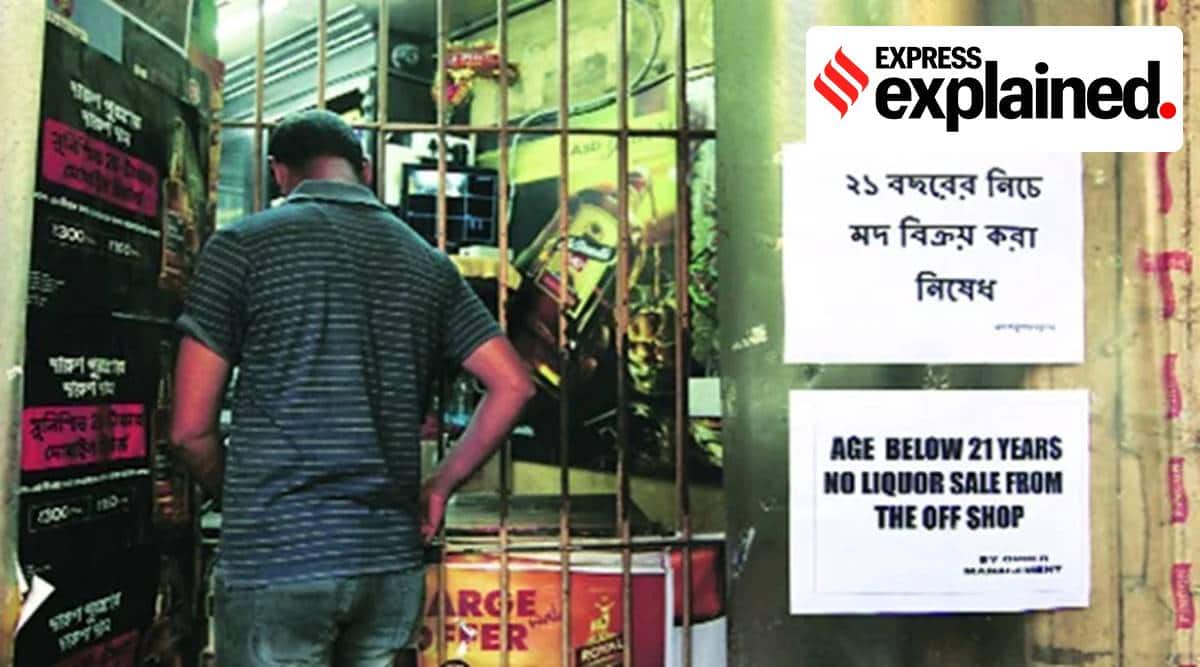 Liquor in West Bengal is set to become cheaper by up to 25 per cent as the state government announced a new excise policy. The price of high-end ‘bottled-in-origin (BIO)’ or imported liquor is now cheaper by 10 to 15 per cent. The new tax slabs also offer proportionate pricing of the Indian Made Foreign Liquor (IMFL) bottles. The smaller (180 ml) bottles will get cheaper by 20 to 25 per cent.

Why was the tax on liquor sales increased during the pandemic?

To make up for the loss of revenue during the coronavirus-induced lockdown, the government, like several other states, had increased tax on liquor by 30 per cent. But a higher tax on liquor to offset the revenue loss due to the pandemic seems to have backfired, with sales down by almost half in the first five months of the fiscal.

The new excise taxation policy was framed by an expert committee following a detailed study on best practices in other parts of the country. Unlike the earlier practice of levying excise duty and sales tax on the maximum retail price (MRP), the rate of excise duty and additional excise duty will now be based on the ex-distillery price (EDP) of the liquor on “bulk litre” basis.

Retailers procuring liquor from warehouses of the state’s sole liquor distributor, West Bengal State Beverages Corporation (Bevco), will follow the new rate slab. Now, the cost of imported liquor in Bengal will be at par with other states. Besides the custom duty that goes to the Centre’s exchequer, the state government earlier used to impose a ‘pass fee’ over the BIOs. Now, the state Excise Directorate is doing away with the system of imposing ‘pass fee’. Henceforth, only a duty will be imposed on the EDP of the same as per a slab that has been prepared by the Directorate. The 30 per cent tax that was imposed in April will no longer exist. 📣 Express Explained is now on Telegram

The state government had introduced a 16-slab excise structure on beer which included an excise duty of Rs 50 per bulk litre for strong beer and Rs 40 per bulk litre for mild beer. The additional excise duty is in the range of Rs 66 to Rs 640 per bulk litre depending upon the price slab. Popular brands in India such as Budweiser, Corona, Heywards, Hoegaarden, Foster’s, Beck’s Ice and United Breweries’ Kingfisher, Carlsberg, Tuborg along with three other companies would see a revision in prices. For example, a 650-ml bottle of Kingfisher strong beer will cost Rs 130 under the new pricing against Rs 170 earlier. A similar sized Budweiser will now cost Rs 154 against Rs 250 earlier.

According to a report published by the Reserve Bank of India last September, state excise duty on alcohol accounts for around 10-15% of Own Tax Revenue of a majority of states. In 2018-19, West Bengal earned Rs 10,554.36 crore from excise duty and in 2019-20 it was Rs 11,873.65 crore. West Bengal used to earn 90 per cent of its own tax revenue from four major sectors — excise, lottery, stamp duty and transport. According to the State Finance Department, the new excise policy will help the state earn Rs 20,000 crore per annum revenue.

The state government is also saying that the new policy will help the government fight illicit sale of liquor. The state now sells an average of 400 million bottles of country liquor a year, with each bottle available at an average price of Rs 80 to Rs 115. According to many excise officials, the rise in prices has encouraged a large number of people to drink illicit liquor instead of country liquor. The Excise Department is expecting that it will lead to an increase in the sale of beer in hotels and bars.