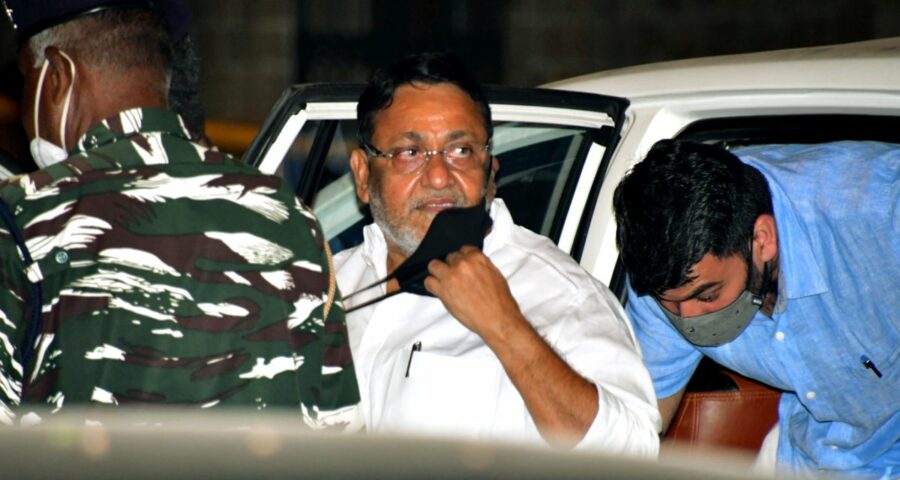 Malik, a senior Nationalist Congress Party leader, was arrested on February 23 in the case, and is currently in judicial custody.

The over-5,000-page charge sheet was submitted in the court’s registry, ED lawyers said.

The special court for Prevention of Money Laundering Act cases will take cognisance of the charge sheet after verification of the documents, they said.

The ED’s case is based on an FIR filed recently by the National Investigation Agency against Dawood Ibrahim and his aides under the Unlawful Activities (Prevention) Act (UAPA).

Meanwhile, the Supreme Court on Friday will hear a plea filed by Malik against an order of the Bombay high court which had rejected his interim application seeking immediate release in the money laundering case being investigated by the Enforcement Directorate.

A bench of Justices DY Chandrachud and Surya Kant will hear the plea.

Earlier, a bench headed by Chief Justice of India NV Ramana agreed to list the case for hearing after senior advocate Kapil Sibal, appearing for Malik, mentioned the matter for urgent listing of the case.

Malik has challenged the March 15 order of the Bombay high court which had rejected his application saying just because the special PMLA court’s order remanding him in custody is not in his favour, it does not make that order illegal or wrong.

After the Enforcement Directorate arrested Malik under the provisions of the PMLA, he had filed a habeas corpus plea in the high court claiming that his arrest by the ED and the consequent remands were illegal.

The high court had said that Malik was arrested by the ED in accordance with the law, and subsequently been remanded to the ED’s custody and then to judicial custody following due process.

The ED had arrested the Maharashtra minorities development minister on February 23 over a property deal allegedly linked to the aides of gangster Dawood Ibrahim. Soon after his arrest, the minister had filed a habeas corpus plea in the high court, challenging his arrest and the remand orders.

The ED has accused Malik of being part of an alleged criminal conspiracy to usurp a property in Mumbai’s Kurla area which currently has a market value of Rs 300 crore and belongs rightfully to one Munira Plumber.

However, Malik had submitted before the high court that he had bought the property in a bona fide transaction three decades ago, and Plumber has now changed her mind about the transaction.