Making MSP or PM-Kisan payments into farmers’ accounts can be problematic when the tillers aren’t the landowners. 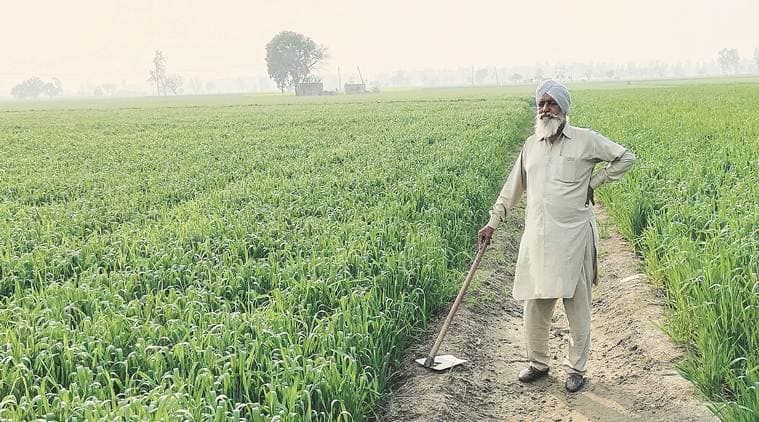 For over a decade now, Balwant Singh Boparai has been cultivating 10 acres in Ghudani Kalan village of Payal tehsil in Punjab’s Ludhiana district. The 58-year-old doesn’t own the land and takes it on rent at an annual rate of Rs 55,000-60,000 per acre. But despite being a regular farmer of wheat and paddy, there’s no record in any official document of his cultivating this land or its owner having given it out on lease. And Boparai refuses to divulge the owner’s name (“it will create problems”), even while stating that he is an NRI (non-resident Indian) based in Canada.

Not being either the owner or a registered tenant farmer means that Boparai cannot access any crop credit from the local primary agricultural cooperative society, leave alone benefit from the Punjab government’s loan waiver or the Centre’s Pradhan Mantri Kisan Samman Nidhi (PM-Kisan) income support schemes. The “scale of finance”, which is used by banks to fix loan limits per acre for various crops, simply does not apply in his case. Even at the time of sale at the agriculture produce market committee (APMC) mandi in Rara Sahib near Ludhiana, the ‘J form’, which gives details of the crop, quantity and price, mentions only the name of the landowner.

For Boparai, the news that the Narendra Modi government plans to make minimum support price (MSP) payments directly into the bank accounts of farmers, from the ensuing wheat procurement season starting April, offers little comfort. “How will it benefit me? The government doesn’t even know that I’m the one tilling this land and growing the wheat being sold. Before implementing such reforms, shouldn’t they first do a Girdawari (survey of land) and enter the name of the actual kashtkar (cultivator) along with the zamindar (owner)?,” he asks.

According to him, the current system, where the Food Corporation of India and state agencies undertake grain procurement through arhatiyas (commission agents) in APMC mandis, works better for landless tenant farmers. “Yes, the payment is made into the arhatiya’s account. But that money also comes to us. Moreover, he (arhatiya) is the one who is also giving us loans to raise our crop. If the government now starts transferring MSP money to the zamindar, what will happen to us?,” he points out.

Echoing a similar sentiment is Jagjit Singh, 40, who cultivates five out of the 15 acres owned by a zamindar (name not disclosed) of Jhumba village in Bathinda district and tehsil. “Whenever I take my crop to the mandi, the arhatiya makes sure that the J-form is filled not in my name. And he pays me after deducting interest and loans that I have taken from him. Where will I go if the government pays only the zamindar and the arhatiya loses interest in giving me loan that he cannot recover from sale of crop to him?,” says this tenant farmer, who has paid Rs 60,000 per acre for growing paddy and wheat this year. “I pay 50% of the rent amount in April (ahead of the paddy season) and the balance 50% in September (before sowing wheat),” adds Singh, who claims to have been cultivating the land rented from the same zamindar (who has three other tenants) for the last 15 years.

Ravinder Singh Gill is the sarpanch of Mehmuwal Yusufpur village in Jalandhar district’s Shahkot tehsil and farms 70 acres. But he, too, does not own the land that belongs to two NRIs, one living in Canada and the other in the United Kingdom. “Yes, I heard about it. My arhatiya even took my bank account number, Aadhaar and other details,” when asked about the Narendra Modi government’s proposed plan, on which The Indian Express had first reported last month (“After fertilisers, Centre wants food subsidy to directly benefit farmers”, January 13). The 48-year-old, unlike the other two farmers, has four acres. But this is land jointly owned with his brother and two cousins. “Whatever land you can call my own is too small. The 70 acres, on which I grow wheat, paddy and potato, is not in my name. So, I can neither avail any crop loan nor receive government benefit against this land,” he says.

Boparai, Gill and Jagjit Singh aren’t exceptional cases. They represent an estimated 30-35% of Punjab’s farmers who cultivate land belonging to others that include government employees, NRIs and permanent urban residents within and outside the state. Currently, confusion seemingly reigns over the plans to implement direct benefit transfer (DBT) in MSP payments, starting with the wheat crop that will arrive in the mandis from April. The Punjab government, at the nudging of the Centre, has made it compulsory for arhatiyas to provide bank and Aadhaar numbers of all their farmers. This data is to be linked to the Centre’s Public Financial Management System (PFMS) network, which will enable direct payment of MSP monies into the accounts of farmers rather than that of the arhatiyas. Punjab has some 48,000 of these mandi intermediaries, of which 28,000-odd are active and each dealing with anywhere from 20 to 200 farmers.

The move has predictably met with opposition from the arhatiyas, a significant section of which has announced holding of state-wide protests from March 1. In 2018-19 alone, 169.16 lakh tonnes (lt) of paddy and 129.12 lt of wheat got procured from Punjab. These, at their respective MSPs of Rs 1,770 and Rs 1,840 per quintal, would have been worth almost Rs 53,700 crore. At 2.5%, the commission payments over and above this to the arhatiyas would have been around Rs 1,342.5 crore.

But it isn’t just the arhatiyas.

“Over a third of our farmers are landless tenants. If MSP payment is transferred directly into bank accounts, only the landowners will benefit. That defeats the very purpose of ensuring MSP for the actual tiller,” contends Ravinder Singh Cheema, president of the Punjab Arhatiya Association, which has already petitioned the Punjab and Haryana High Court against the government decision. “Arhatiyas and farmers will both see to it that the tractor trolleys loaded with wheat this time will be parked on the National Highways, instead of being transported to APMC mandis,” he warns.

Under PM-Kisan, there are 22.40 lakh farmers in Punjab receiving annual income support of Rs 6,000 each. But this list, concedes a senior state agriculture department official, includes only landowning farmers. For collecting the details of landless farmers, the government is, therefore, relying on the arhatiyas. The latter are, of course, least inclined to provide that information — save under the threat of not being paid their 2.5% commission fee on the MSP value of procurement.

Kesar Singh Bhangoo, professor of economics at Punjabi University in Patiala, blames the Punjab government for not conducting a single census on landless farmers in the state, “which is why it is having to ask arhatiyas”. According to Sukhdev Singh Kokri Kalan, general secretary of the Bharatiya Kisan Union (Ugrahan faction), the government, at a meeting of the Punjab State Farmers & Farm Workers’ Commission, had agreed to enter the names of all kashtkars along with the zamindars in land revenue records, “but it has not been implemented”.

Anindita Mitra, the director of Punjab’s Department of Food and Civil Supplies, maintains that the state government is committed to cover every farmer, including landless tenants, under the PFMS network. “We are in the process of preparing a pro forma for such farmers to be registered with the APMCs concerned. The pro forma, to be issued soon, will carry their bank account numbers with IFSC codes, Aadhaar ID numbers and the quantity of crop sold at the mandis,” she tells The Indian Express.