Telugu Desam Party chief N Chandrababu Naidu was on Wednesday morning put under preventive detention at a time when he along with his party workers were set to take out ‘Chalo Atmakur’ rally.

The former Andhra Pradesh chief minister, following the house arrest, sat on a hunger strike to protest against the said move.

Naidu sat on a fast at around 8 am and will continue till 8 pm. 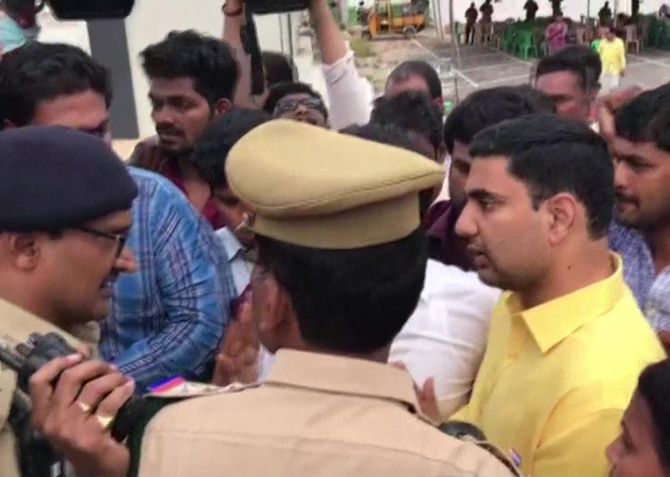 His son, Nara Lokesh, was also put under preventive detention at their residence, following an altercation with the police.

Meanwhile, party leaders and workers who were on their way to Naidu’s residence were stopped by police and taken into preventive custody. 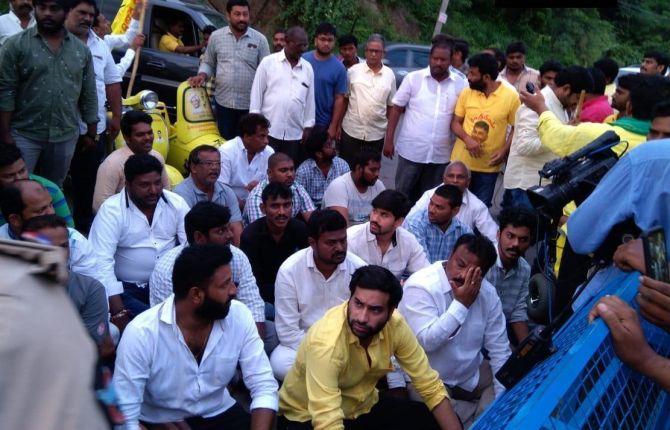 Police said that the TDP did not receive any permission to take out ‘Chalo Atmakur’ rally.

Meanwhile, the TDP has accused the YSR Congress Party of indulging into political violence after coming to power in May.

It has alleged that the cadres of the YSRCP have killed as many as eight of its party workers and have attacked many more.