Justice Mukta Gupta said the applications filed on behalf of Tharoor, who is also seeking to restrain Goswami from airing any shows which allegedly defame him, would be taken up on December 21. 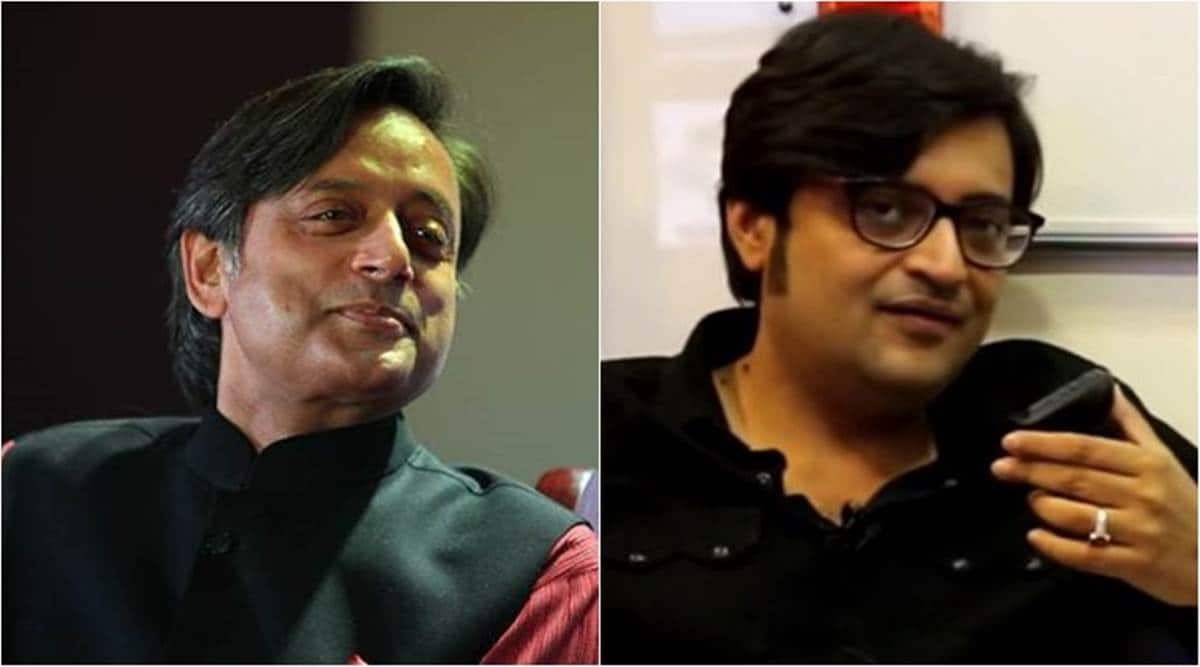 The Delhi High Court on Thursday said that it will hear next week the applications moved by Congress leader Shashi Tharoor seeking contempt action against journalist Arnab Goswami for allegedly airing an objectionable show in relation to the Sunanda Pushkar death case.

Justice Mukta Gupta said the applications filed on behalf of Tharoor, who is also seeking to restrain Goswami from airing any shows which allegedly defame him, would be taken up on December 21. The counsel for the journalist told the court that an application has been moved on his behalf seeking dismissal of the suit filed by the Congress leader.

Senior advocates Kapil Sibal and Vikas Pahwa and advocate Gaurav Gupta, appearing for Tharoor, told the court that after its September 10 order asking Goswami to show restraint in his reporting of the case, the journalist aired a show on October 6 which was allegedly defamatory and objectionable.

The application filed on behalf of Tharoor claims that the show was in violation of the undertakings given to the court by Goswami, Editor-in-Chief of Republic TV, that he will show restraint in his reporting of the case.

The court on September 10 had questioned the journalist for running a parallel investigation and trial in the Congress leader’s wife’s death case and had directed him to be bound by his undertaking given in 2017 on showing restraint and bringing down the rhetoric while covering the matter.

In the December 1, 2017 order, the high court had said Goswami and his channel have the right to air their stories and the same cannot be curbed, but it has to be tempered and balanced.

The court’s 2017 order had come on three different applications filed by Tharoor in his Rs two crore defamation suit against Goswami and the channel for allegedly making defamatory remarks against him while airing news relating to the mysterious death of his wife.

Pushkar was found dead in a suite of a five-star hotel in south Delhi on the night of January 17, 2014 under mysterious circumstances. Tharoor has alleged that they continued to engage in defaming and maligning him despite an assurance given by their counsel in the court on May 29, 2017.

The court had on May 29, 2017 said the journalist and his news channel could put out stories stating the facts related to the investigation of Pushkar’s death but could not call the Lok Sabha MP from Thiruvananthapuram a criminal.

The Congress leader has sought a direction to them that they should not mention the expression murder of Sunanda Pushkar anywhere, since it is yet to established by a competent court whether her death was a murder.