New External Affairs Minister S Jaishankar, who made his debut on Twitter on Saturday, first sent out thank you messages to his counterparts from around the world. 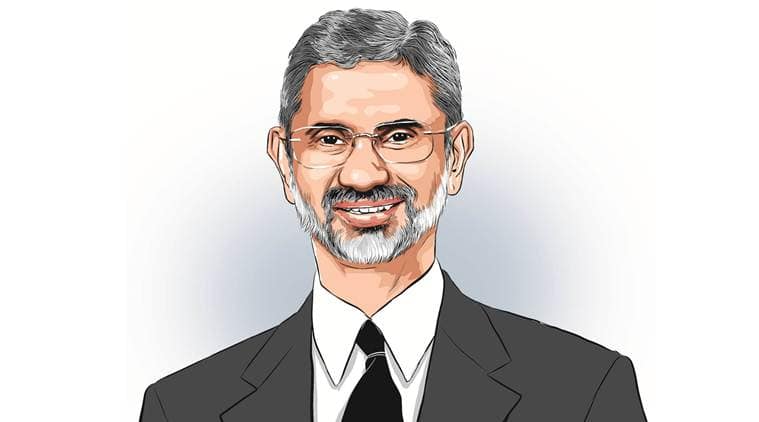 New External Affairs Minister S Jaishankar, who made his debut on Twitter on Saturday, first sent out thank you messages to his counterparts from around the world. And then he followed the footsteps of his predecessor, Sushma Swaraj, that ‘help is just a tweet away’, and responded to some of the people who were asking for help. His Twitter following has crossed 1.6 lakh within a day of his first tweet.

TWO OF the biggest national political parties — BJP and Congress — have failed to honour the Supreme Court’s May 30 deadline for submitting details of donations received through electoral bonds to the Election Commission. This despite the fact that the poll panel had reminded all parties last week about the top court’s directions. Of the two, the BJP has cornered the largest chunk of electoral bonds donation. It is not clear if the EC will write to them again or just report back to the court with names of defaulting parties.

ASSAM CHIEF Minister Sarbananda Sonowal may have a diplomatic problem at his doorstep. Thailand’s Ambassador to India Chutintorn Gongsakdi took to Twitter and created a flutter on Saturday afternoon, when he asked, “Does anyone have connections with the Chief Minister’s Office in Assam @CMOfficeAssam? We are trying to confirm an appointment for Jesada Katavetin, director general, department of South Asian Affairs, Ministry of External Affairs, Thailand with Shri CM on June 3. Many thanks.” While many tagged Sonowal and asked for facilitating the appointment, the Thai envoy later deleted the tweet.

WPI inflation falls 1.81 per cent in June, but food prices rise
We and our partners use cookies on this site to improve our service, perform analytics, personalize advertising, measure advertising performance, and remember website preferences.Ok