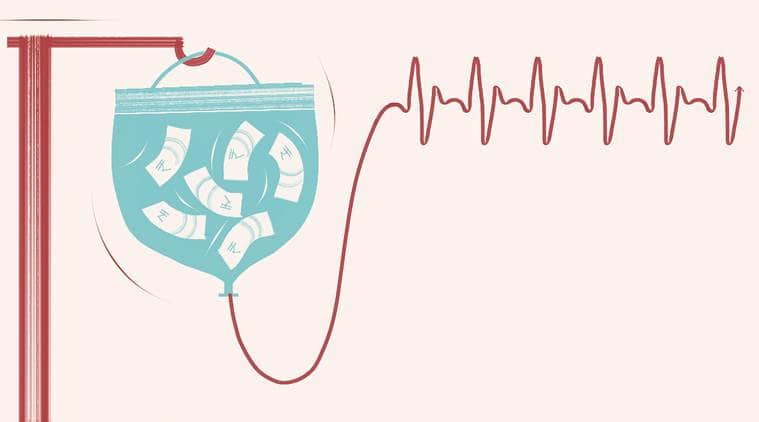 A raging debate is underway in India — and indeed in other emerging markets — about what the appropriate fiscal response to COVID-19 should be. Monetary policy has moved swiftly and aggressively in many economies but questions remain on its incremental efficacy. Concerns abound that highly risk-averse financial systems will thwart the efficacy of lower rates and higher liquidity. So, while monetary policy may have space, how much efficacy will it have? Fiscal policy can have much efficacy. But how much space does it have? Therein lies the debate.

Thus far the “fiscal space” debate in India has centred exclusively on this year’s deficit and how it will be financed. How much will the deficit go up? How much can it go up? Who will absorb the extra issuance? But a more holistic assessment of fiscal space — and one that ratings agencies and foreign investors will eventually focus on — is the government’s inter-temporal budget constraint and how India’s debt/GDP evolves in the coming years. How much will India’s debt/GDP jump up this year? More importantly, what happens thereafter? Will debt/GDP keep rising year after year? Or will it start declining? As research has found, it’s typically the trajectory of debt/GDP — more than the level — that impacts future growth.

The evolution of debt is essentially a function of three variables: The primary deficit (fiscal deficit net of interest payments) and the relationship between nominal GDP growth and the government’s cost of borrowing. The higher is the difference between growth and cost of borrowing, the greater is the depreciation of the existing debt stock. High growth allows countries to “grow out” of their debts. In contrast, high primary deficits worsen the debt burden.

India comes into COVID-19 with a debt/GDP of about 70 per cent, a primary deficit across the Centre and states of about 2.5 per cent of GDP (including the Centre’s extra-budgetary resources) — based on the Revised Estimates for 2019-20 — a weighted average sovereign borrowing cost of about 7.5 per cent (on the stock of debt) and an estimated pre-COVID nominal GDP growth of 7.5 per cent in 2019-20. In other words, the favourable gap between growth and borrowing costs had closed. With this backdrop, one can simulate what happens to debt/GDP in the coming years under different growth, fiscal and interest-rate scenarios.

What do we find? That even under relatively benign scenarios (nominal GDP growth of 4 per cent and a fiscal expansion of 3 per cent of GDP this year) India’s debt/GDP will balloon towards 80 per cent by the end of the year. But India will not be alone. Public debt is expected to balloon all over the world. Instead, what will matter for sustainability is the trajectory of debt thereafter. Does debt/GDP come down or keep going up in subsequent years?

In turn, the subsequent trajectory depends overwhelmingly on medium-term growth. Consider this: Even if this year’s combined fiscal deficit widens by 6 per cent of GDP (but the primary deficit is then consolidated back to 2 per cent of GDP in 3 years) as long as nominal GDP is 10 per cent in the medium term (which corresponds to real GDP growth of 7 per cent), debt/GDP gets on to a constantly declining path after the third year. This suggests a bigger fiscal intervention is sustainable but only if medium-term growth prospects are lifted in tandem.

In contrast, if this year’s deficit widens by “just” 3 per cent of GDP but if medium-term nominal GDP growth settles at 8 per cent (that is, real GDP growth of 5 per cent), debt/GDP rises relentlessly for the next decade towards 90 per cent of GDP. This suggests even a relatively-conservative fiscal response this year becomes unsustainable if medium-term growth prospects are diminished. Small changes in medium-term growth have large implications for fiscal sustainability.

The main takeaway: How much fiscal space India has to respond in the crisis year will depend crucially on what potential growth is likely to be in the coming years. The more that India’s policy response can preserve, protect and boost medium-term growth — both through the nature of the policy intervention this year and the accompanying reforms — the larger the fiscal response India can mount. Put more starkly, the fiscal debate between “need” and “affordability” is endogenous. The medium-term sustainability of any fiscal package this year will depend on the nature of growth-enhancing interventions and reforms that accompany it.

What could these interventions potentially comprise? First, policy must ensure that all viable enterprises can survive the pandemic. If economically-viable but illiquid small and medium enterprises go under, the implications both for unemployment and India’s underlying production capacity could be severe. The government’s credit-guarantee scheme is, therefore, very important and should hopefully induce banks to provide much-need working capital to keep small businesses afloat.

It will be equally important, however, to jumpstart a risk-averse financial sector into funding an economic recovery, more broadly. Last week’s bond market interventions (special liquidity and partial guarantee funds) are important to ease conditions at the financial periphery. Over time, however, liquidity must give way to capital and reform. Pre-emptively recapitalising public sector banks for growth and resolution capital, conducting an AQR for the NBFC sector (once the dust settles from the panic), then converting well-run NBFCs into banks to avail of a stable deposit franchise, and modifying the incentives under which public sector banks operate will be crucial to strengthening the financial sector. Higher potential growth is only feasible if the financial sector is able to fund it.

But real reforms must accompany those in the financial sector. The government’s announcement on unshackling agriculture — if carried through to its logical conclusion — is potentially game-changing for farmers and will be a landmark reform for the sector. But reforms are a process, not an event. What else can we contemplate? As COVID-19 hastens the reorganisation of supply-chains within Asia, India must seize the moment to integrate into the Asian supply chain. Why not revisit a Special Export Zone (SEZ) model (with the appropriate regulatory environment to avoid the pitfalls of the past) to help create discrete ecosystems within the country that enable globally-competitive export production? Path dependence will be key. If the first one or two SEZs succeed, it would create a powerful demonstration effect both externally (to help attract more firms into India) and internally (inducing different states to compete to create their own SEZs to drive jobs and investment).

Finally, if the virus has taught the world anything, it’s the criticality of social infrastructure. India will not be able to fundamentally alter its growth potential without crucial investments in health and education. The government’s announcement to boost health spending is, therefore, very welcome. But how will this be paid for? This is where policy must get creative. Existing assets on the public sector balance sheet must be aggressively monetised to fund growth-enhancing investments in physical and social infrastructure. This will simultaneously take the pressure off the fiscal and financial sectors, and deliver a productivity-enhancing swap on the public sector balance sheet.

Higher potential growth is the antidote to many pressures, from incomes to jobs to debt sustainability. To the extent this unprecedented crisis creates political space and capital to reform, the opportunity must be seized.

The writer is Chief India Economist at J P Morgan 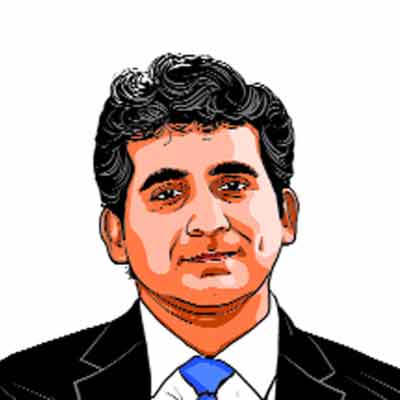