Tamil Nadu reported 102 new COVID-19 cases on Friday, and of them 100 are linked to people who attended the congregation in Delhi. 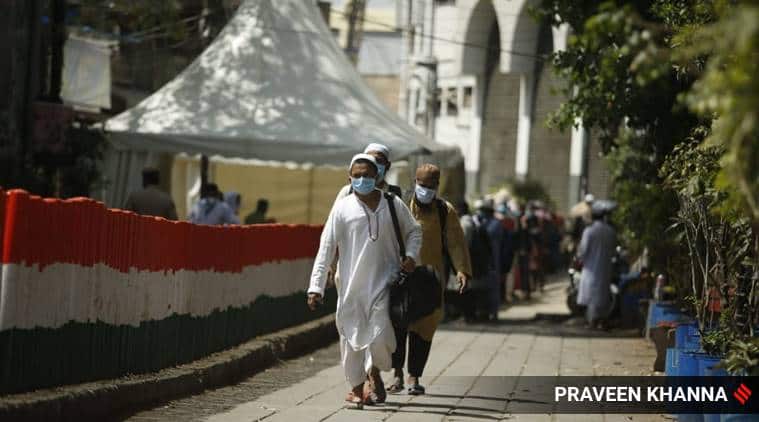 Several states on Friday reported 251 fresh coronavirus cases linked to the Tablighi Jamaat event in Delhi, with a majority of them from Tamil Nadu.

Tamil Nadu reported 102 new COVID-19 cases on Friday, and of them 100 are linked to people who attended the congregation in Delhi. The fresh cases pushed the number of positive cases to 411, of which 364 are those who attended the congregation. State health secretary Beela Rajesh said, “A total of 1,200 people who travelled to Delhi in this regard have been tested for COVID-19, 303 people tested negative and the final results are pending.”

Three of the four new cases reported are people who participated in the event, taking the number of COVID-19 cases in the state with links to the congregation to 15. The three new cases are that of a 70-year-old man and two youths in their 20s from Belagavi region. Swab samples of 288 people who reportedly attended the congregation were collected, and of them 187 tested negative and 13 returned positive. “Results for another 88 samples are awaited,” Karnataka minister S Suresh Kumar said.

Telangana reported 75 new COVID-19 cases on Friday, all linked to people who attended the congregation. The number of cases in the state reached 229 and the death toll hit 11 on Friday. In Andhra Pradesh, the number of cases rose to 161 with 12 new cases. The government has decided to add two more testing centres in Guntur and Kadapa.

Two persons who attended the congregation tested positive, taking the total number to 12.

Thirty-two people tested positive in the state and 16 of them had attended the congregation. The total number of cases in the state has reached 168 and 31 of them are linked to the event.

A 68-year old man, who was among the seven who tested positive from Ahmedabad Friday, was at the congregation. Police said he was part of a group of 27 Tablighi Jamaat members who came to Ahmedabad on March 12.

Kerala reported nine fresh cases, and one of them had participated in the congregation. 157 people from Kerala had attended the event, and 3 of them have tested positive so far. The state so far has 295 COVID-19 cases. Chief Minister Pinarayi Vijayan told reporters that the state will start rapid testing and those who test negative will have to continue under observation as chances of such persons testing positive later cannot be ruled out.

Of 1,225 people from Maharashtra who visited the Tablighi Jamaat event, three new positive cases were reported on Monday , taking the total positive cases linked to event to 7. Across Maharashtra, 738 people who attended the event in Nizamuddin have been placed under quarantine. In Mumbai alone, 127 people have been traced and of them 105 were tested between Thursday and Friday. Health officials said that 192 people who had gone to the meet couldn’t be tracked.

Here’s a quick Coronavirus guide from Express Explained to keep you updated: What can cause a COVID-19 patient to relapse after recovery? | COVID-19 lockdown has cleaned up the air, but this may not be good news. Here’s why | Can alternative medicine work against the coronavirus? | A five-minute test for COVID-19 has been readied, India may get it too | How India is building up defence during lockdown | Why only a fraction of those with coronavirus suffer acutely | How do healthcare workers protect themselves from getting infected? | What does it take to set up isolation wards?

The intersection of politics and science, writes Chanakya
Celebrity News

Museum will be established at Alluri’s birthplace: Minister

Six passengers with fake tickets, IDs nabbed in three weeks at Patna Airport
We and our partners use cookies on this site to improve our service, perform analytics, personalize advertising, measure advertising performance, and remember website preferences.Ok