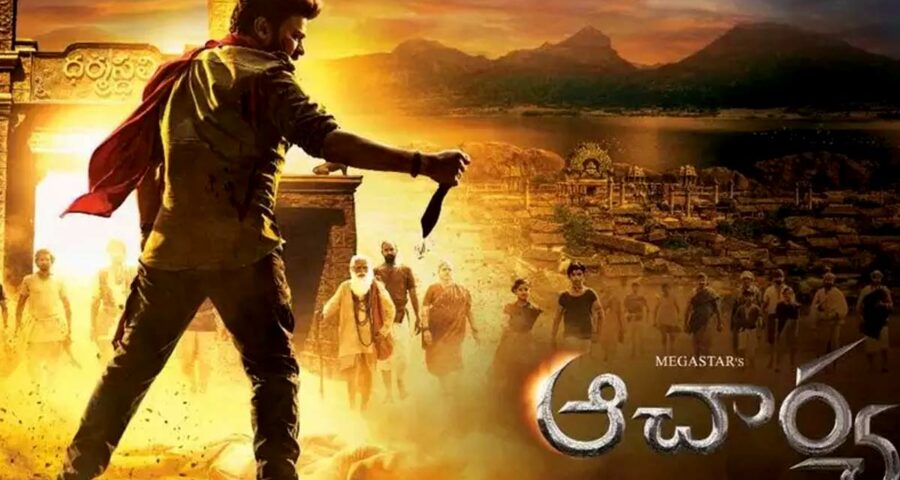 It is known news that the release of Megastar Chiranjeevi starrer Acharya was postponed their release as India dealt with a massive surge in coronavirus cases but as the lockdown has lifted in  Telangana, the makers are planning to resume the shoot.

It is known news that Megastar Chiranjeevi used a few lines from Telugu revolutionary poet Sri Sri’s iconic poem ‘Nenu Saitham’ in his classic movies, Rudraveena and Tagore, and both the movies won the prestigious National Awards. Now according to the latest report, Chiranjeevi is going to use Sri Sri Poem in his upcoming much awaited movie Acharya. However, it is still not clear which Sri Sri poem Koratala Siva is going to depict Acharya’ and Siddha’ fight in this film.

Ram Charan is playing Siddha  in Acharya and he is sharing the screen space with Pooja Hegde. Newly married actress Kajal Aggarwal is romancing Chiranjeevi in Acharya, which is jointly bankrolled by Ram Charan and Niranjan Reddy whereas it has the music by Mani Sharma.

After wrapping up the shoot of  Acharya,  Sye Raa Narasimha Reddy fame Chiranjeevi will be seen playing the lead roles in  Telugu remakes of Vedhalam and Lucifer and a film with director Bobby aka KS Ravindra.