China’s lockdown of roughly 60 million people in Wuhan and other cities in Hubei province for more than a month now is without precedent in the history of public health. 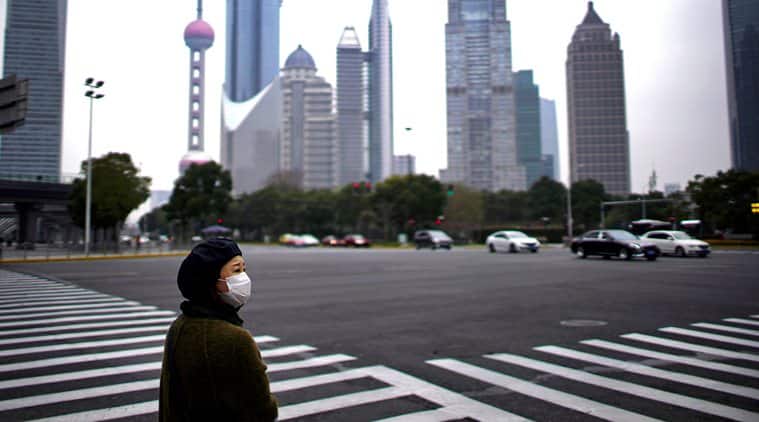 Mao Zedong famously declared that a revolution was not a dinner party, but a brutal enterprise. Mao’s current successor as China’s leader, Xi Jinping has clearly taken the dictum to heart and adapted it to the task of stamping out the new coronavirus before it spreads more widely.

China’s lockdown of roughly 60 million people in Wuhan and other cities in Hubei province for more than a month now is without precedent in the history of public health. The best way to stop a virus from spreading from person to person, is to give it no place to spread to. This is achieved by isolating those who are infected and quarantining those who might be infected. In China, though, the control has moved beyond traditional quarantine to a cordon sanitaire — an exclusion zone people cannot travel into or get out of.

In most countries, this simply would not work for a period this long and a population that large. Wuhan is a city of 11 million people, slightly larger than Chennai or Bengaluru. It would be inconceivable to think of cutting off transportation in and out of these cities, or asking people to stay at home for even a day, let alone a month. Like India, most countries in the world have neither the political control to impose their will on people this way, nor the administrative mechanism to enforce this degree of control.

The human cost of such a strategy is immense. The fear induced by being unable to escape from a place where a new virus is circulating is immense. The worries and stresses of everyday life multiply one hundred-fold when everything from shopping for food to occupying children stuck at home becomes a challenge. The slightest cough, cold or fever can trigger panic.

The ethics of the cordon sanitaire in Wuhan, as well as the quarantining by Japanese authorities of the cruise ship Diamond Princess, will be debated for years after this particular outbreak is over.

But whatever its human and financial cost, China’s actions in the first month of the outbreak helped to slow the spread of the virus within the country as well as internationally. Critics have accused China of covering up and playing down the virus in the first month, threatening whistleblowers and fudging patient figures. Part of this flows from the general suspicion in the West (and India) of anything China says or does.

A look at the timeline of events in December last year, when the virus first started causing disease, shows a fairly rapid response. The first cases appeared in late November and early December. But because the symptoms of the new disease mimicked those of flu and pneumonia, which are extremely common in the winter months, it took till the end of December for doctors to realise that there was something different about this pneumonia: That all the initial cases could be traced back to a seafood market in Wuhan. On December 31, the Chinese government informed the WHO, and the world, of the existence of a form of pneumonia of unknown cause, and also told the people of Wuhan to wear masks if they had symptoms and seek medical attention.

For the world, the big breakthrough from China came on January 7, when researchers in Wuhan identified the virus as a new coronavirus — and two days later shared its genetic sequence with the world. The sharing of the genetic sequence allowed labs all over the world to develop testing kits to detect the disease. It also put countries on the alert for travellers with the disease, without which the new coronavirus would have spread much quicker and farther than it has so far.

The Chinese response to SARS in 2003, in contrast to this, was a cover-up. The disease circulated for nearly three months, enabled by government secrecy and censorship. When travellers from China brought the disease first to Hong Kong and from there to other cities across the globe, there was no warning. It was only after the disease spread in Hong Kong, that scientists and public health experts began to decipher this new virus. China, fortunately, learned the lessons for SARS and put together systems to identify and respond to this new disease quickly.

Public health officials all over the world, including in India, should study the speed with which China put together an infrastructure to deal with this new disease. Modern, well-equipped hospitals dedicated to coronavirus patients were constructed in weeks. Centralised information and logistics systems and systems to ensure coordination between multiple levels of government — from the central government to provincial and municipal governments, were put into place and seem to have worked reasonably smoothly, given the chaotic and complex atmosphere of a disease outbreak.

The way China has tackled this disease has been an “all of government, all of society approach”, in the words of Bruce Aylward, the leader of the WHO team that recently spent two weeks in the country. It was, as he described it, “a very old-fashioned approach”, but one that had “prevented at least tens of thousands, but probably hundreds of thousands of cases.”

The disease is now popping up in countries that have not had great experience in dealing with infectious diseases, or the systems that China has in place. The rapidity with which coronavirus cases have increased in Iran is a case in point. In all probability, it is only a matter of time before India sees new cases. The Indian health system, as in China, is multi-layered. Some states like Kerala have strong public health infrastructure and a strong response capability. Many other states like Uttar Pradesh and Bihar do not have strong public health systems. They will find it difficult to respond, and will learn that diseases, like revolution, can be brutal.

(This article first appeared in the print edition on February 29, 2020 under the title “One country, two viruses”. Thomas Abraham is the author of Twenty First Century Plague, the Story of SARS) Bulk medication to be given to HIV positive persons

Latest Coronavirus news updates on March 29, 2020: Positive cases in India inch towards 1000 mark, 25 dead
We and our partners use cookies on this site to improve our service, perform analytics, personalize advertising, measure advertising performance, and remember website preferences.Ok