The agency last week submitted its first chargesheet in the case, which was filed in connection with the violence on January 1, 2018, in Pune. 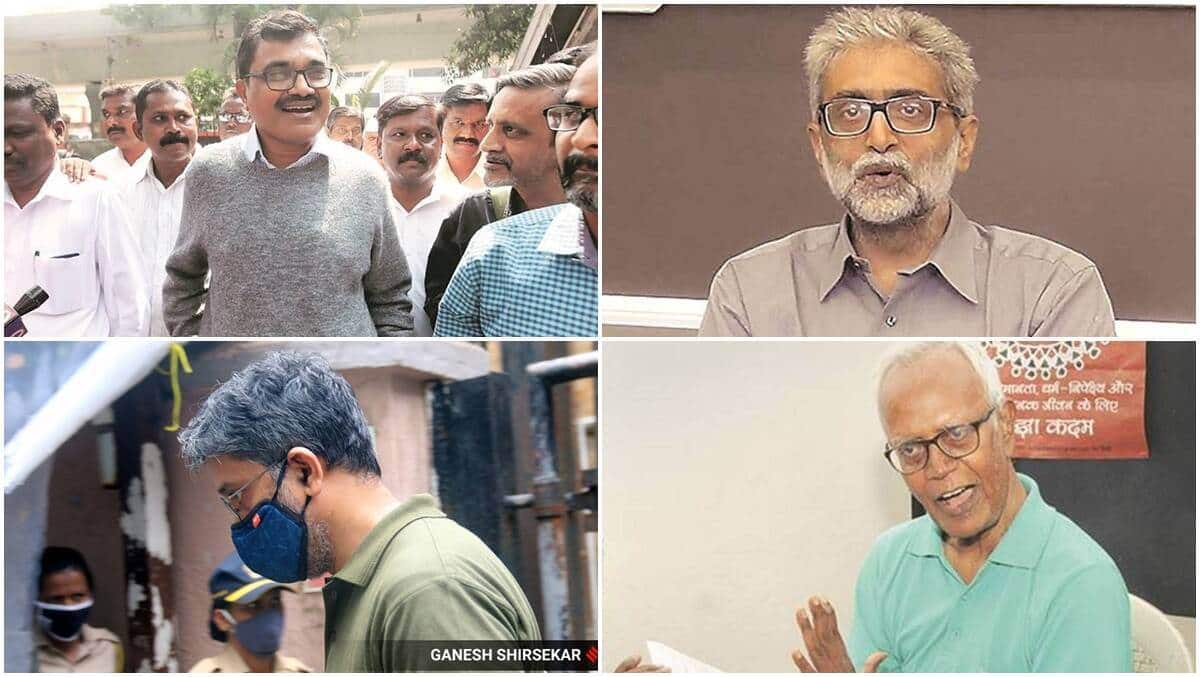 Literature on 50 years of Naxalbari, CPI Maoist press releases, a guide on encrypted data communication on GSM network, a mini manual of “urban guerrilla”, “information literature related to weapon, bomb, mortar” and letters discussing issues like raising a militant “anti-fascist front” in the wake of attacks on Dalits and minorities — these are among key evidences cited by the National Investigation Agency (NIA) against activists such as Stan Swamy, Hany Babu, Gautam Navlakha and Anand Teltumbde in the Elgar Parishad case.

The agency last week submitted its first chargesheet in the case, which was filed in connection with the violence on January 1, 2018, in Pune.

According to the chargesheet, which names eight accused, Swamy was in communication with CPI Maoist cadre Comrade Arun in which he said that after the arrest of “urban CPI Maoist cadres” from different parts of the country, particularly Maharashtra, a huge “irrevocable damage has been caused to the party”. The letter allegedly said that party directives were not followed, due to which heavy damage has been caused to the party.

“Investigation has revealed that he received Rs 8 lakh through one Comrade Mohan for furtherance of the CPI Maoist activities,” the NIA chargesheet said.

Listing evidence recovered from Swamy’s home, the chargesheet said, “The documents recovered from Swamy are related to literature of 50 years of Naxalbari, CPI Maoist press releases, circular issued by Central Committee, literature on how to smuggle things (sneak it through smuggling made easier), letter to Swamy from one Prashant, letter to Vijayan Dada from Stan Swamy regarding mobilising of Adivasi and regarding concerns raised by CC, guide of encrypted data communication on GSM network, message on the celebration of the 13th anniversary of CPI Maoist, an essential underground handbook, letter between comrades for using encryption, mini manual of urban guerrilla, the Constitution of CPI Maoist, documents related to the status of PLGA in excel sheet, document on strategy and tactics of Indian revolution.”

In a reference to activist Sudha Bharadwaj, it said, “Documents recovered during searches at (the residence of) Surendra Gadling on April 17, 2018 also indicates the role of Swamy being discussed between letters from Com Sudha to Com Prakash.”

Advocate Mihir Desai, who is representing many of the accused (including Stan Swamy) in the case, said, “All these people are falsely implicated in the case. Until now, whatever evidence I have seen is not worth the paper it is written on.”

The chargesheet said that a document seized from accused Rona Wilson mentions the “purpose of formation of anti fascist front” on the direction of CPI Maoist.

Quoting the document, the chargesheet said: “Despite the weakness we face in raising United Fronts at all India level today there is greater urgency to form an anti Fascist front…”

The document allegedly asks for the front to directly confront “the Fascist forces and their ideology” on the ground with militant action.

“The front has to come up at the village level in urban areas with militant sections of the people being organised. In order for this to gradually develop in the process from the very beginning we should bring together most militant Dalit and Muslim forces that are already taking shape in some parts of the country. For example, such Dalit forces are taking shape in South Tamil Nadu and Gujarat and Muslim minority forces in Kerala, Karnataka and Maharashtra are giving militant training to hundreds of cadres. This phenomenon is gaining momentum in the wake of militant and armed attacks on Dalit and religious minority people by the organised Hindutva. They want to take training by going into revolutionary armed struggle areas,” the chargesheet said, quoting the document.

A letter in Telugu dated July 2017 and addressed to Comrade Sunil from Sridhar is also mentioned in the chargesheet, where it is stated that activist Sudhir Dhawale be given responsibility “about organisation of programme by the name Brahmanical Hindu Anti Fascist Front for furtherance of CPI Maoist agenda which culminated into the formation of the front Bhima Koregaon Shauryadin Prerana Abhiyan which resulted into organisation of Elgar Parishad Programme on December 12, 2017 at Shaniwarawada in Pune.”

The chargesheet added that there was also a discussion about avoiding the name of the Anti Fascist front as it would appear negative to the public.

Quoting another letter allegedly seized from Swamy, where there are detailed discussions on how to encrypt online communication and how recent police actions have crippled Maoist leadership, the chargesheet has spoken about internal Ministry of Home Affairs strategy against Maoists reaching their leaders.

“In Telangana, Srinivas was given the responsibility to ensure political protection for VV, though he contributed significantly in providing internal MHA strategy being used in enemy operations against us, he failed to lead negotiations to VV’s freedom or at least regular bail. Now it has led to cascading losses on several fronts. Without VV there is no leader of equal experience who could guide… the people’s war in a coordinated fashion,” the chargesheet said, quoting the letter.

The letter has also instructed that all SC leaders work with “the principle of no rest, no negligence and no mercy” and to do everything possible to “disrupt the fake development propaganda disseminated by star campaigners of BJP RSS corporate friendly family”.

The letter has gone on to talk about how the Central Committee fears all this could lead to further splits among leading comrades and make newcomers sceptical of the leadership’s abilities and sincerity. NIA sources said VV stood for Varvara Rao.

Citing other such documents and letters, the chargesheet has alleged that “Com R and S”—NIA claims they stand for Rona Wilson and convicted Delhi University professor G N Saibaba—were supposed to handle liaisons with international Maoist parties and in their absence the responsibility has been given to Hany Babu.

“Babu has inculcated Maoist sympathies amongst the students in Delhi and more specifically in Dalit and other students,” the chargesheet said.

Among the documents seized from Babu, the NIA has listed documents that deal with “analysis of cities like Mumbai, Surat from political, geological, social, economical, religious profile”. It has said the analysis was done “as if to see the potential of making inroads”.

Other documents recovered from Babu include “instructions of central committee of Maoists on work in urban areas; guidelines for work in working classes; information literature related to weapon, bomb, mortar; some letters exchanged with Maoists cadres; a guide book for area committee members; literature regarding recommendation for using for communication by Naxals; company drill of PLGA etc.”

There are also documents related to account/amount of financial transaction related to activities of CPI (Maoist), the NIA has alleged.