Women and Child Development Minister Maneka Gandhi said the current National Democratic Alliance government had set a very high benchmark for the next dispensation to live up to by ensuring safety of women through its policies. 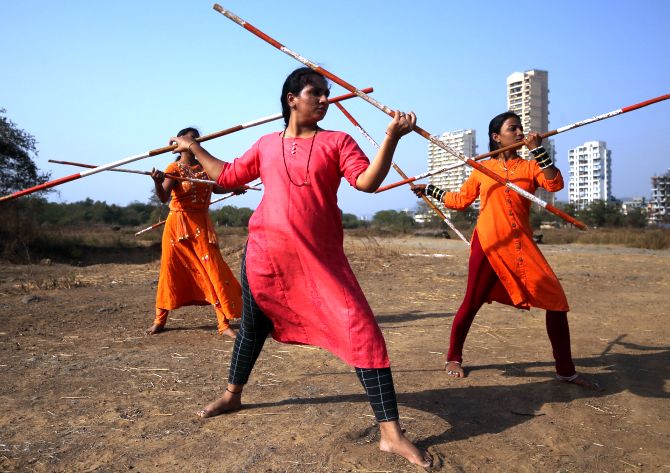 Greeting women on the occasion of International Women’s Day, Gandhi noted that women of today are much more aware than they were previously.

“Right from ensuring women safety to their empowerment, the government has ensured gender equality and equal opportunities for them,” the Union minister said.

Right from the first week, she said, the BJP-led government showed “zero tolerance” towards brutalities against women. “I am confident that a time of gender equality would come. We ensured women gets the basic necessities of toilets, electricity and gas cylinders to make their lives easy.”

“We also ensured that NRI husbands who abandon their wives are punished. We have cancelled 45 passports and the number would go up to thousands,” Gandhi said.

On the occasion of International Women’s Day, the women and child development ministry and the skill development and entrepreneurship ministry entered into an agreement to provide skills training and employment to women.

Gandhi said the agreement would help women in becoming self-sufficient. “The WCD ministry, through the Rashtriya Mahila Kosh, will identify the skill sets and their geographical relevance, which is suitable for enhancing livelihood of women through self-employment,” she said.

The WCD ministry, through the Rashtriya Mahila Kosh, shall assist such women to on board into the Mahila E-haat platform, a digital platform for selling products produced by women, according to the details of the agreement.

The RMK and the National Skill Development Council will be the implementing partners on behalf of the two ministries, Gandhi said, adding that the agreement would be valid for a period of three years.

Devi not taking remuneration for Sukumar film?
We and our partners use cookies on this site to improve our service, perform analytics, personalize advertising, measure advertising performance, and remember website preferences.Ok